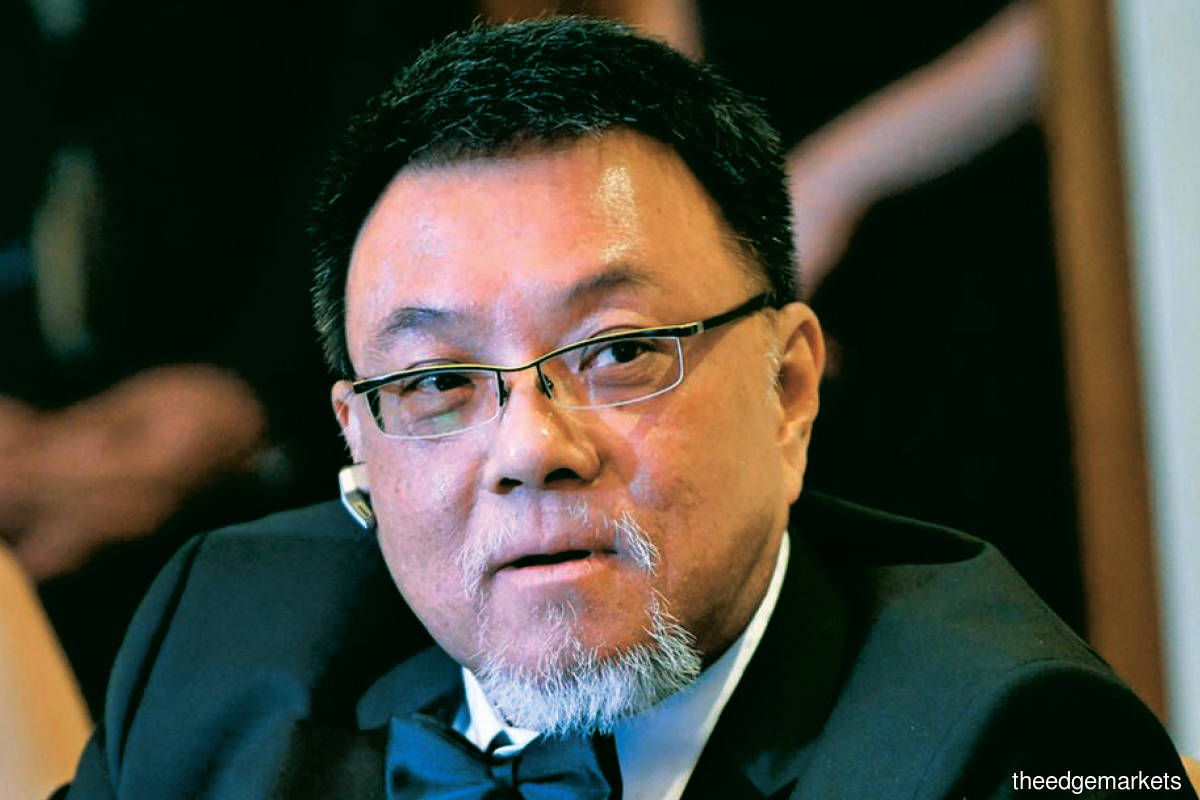 Datuk David Goh, the founder and group adviser of Open Road Asia Sdn Bhd (ORA), which owns a minority stake of 4% in CCB — one of the country’s largest Mercedes-Benz dealers — is credited with almost single-handedly fending off that attempt.

Given that JCCL now owns a commanding 88.04% stake in CCB, making it a Goliath of sorts in the current stalemate, how does David see the end game?

In an exclusive interview with The Edge, Goh claims that he is not out to wage a long-term corporate battle with JCCL, as ORA is ready to sell its CCB shares if the price is right.

“Don’t get me wrong, I don’t want to portray myself as a kingmaker or anything. I am not here to make enemies, and I am not here to scuttle somebody’s deal. I am here because I am a value investor, and I see value in CCB. If you offer me a good price, I will sell it to you. But even if you don’t, that’s fine with me too,” he remarks.

He reveals he has been investing in CCB since the early 90s on a personal level, as he deems CCB — one of the oldest listed companies on Bursa Malaysia — a strong franchise.

He says the late Tan Sri SM Nasimuddin SM Amin, founder of the Naza Group, and him had been personal friends since the 90s. Both hailed from Negeri Sembilan. “In the mid-90s, Nasimuddin came to know that Daimler AG — parent company of Mercedes-Benz Passenger Cars — was going to reorganise its distributorship network in Asia, whereby the lucrative importership and distributorship of CCB would be terminated, in exchange for a 49% stake in Mercedes-Benz Malaysia Sdn Bhd (MBM),” he recalls.

Under the deal, CCB was transformed into a Mercedes-Benz dealer with no voting rights in the affairs of MBM, but it would be entitled to fixed dividends amounting to RM22.1 million whenever MBM declares a dividend, Goh explains.

“Seizing the opportunity to be appointed as the approved permit (AP) holder for imported Mercedes-Benz models into Malaysia (as MBM is not a 100% bumiputera-controlled entity), the late Nasimuddin went on a buying spree to acquire a lot of CCB shares in the open market, and made himself and Naza group a substantial shareholder of CCB back then. CCB’s share price surged as high as RM19.50 per share in 1997,” Goh says.

Note that the issued share base of CCB has remained at 100.74 million shares over the past 25 years. But today, CCB is only trading at about RM2.50.

JCCL’s unconditional voluntary takeover (VGO) at RM2.40 per share — valuing CCB at RM241.79 million — was snubbed for the second time, even after the offer deadline was extended three times from April 28 to June 4.

The Singapore-listed firm only managed to raise its shareholding to 88.04% and was unable to acquire 90% of the shares it did not already own to trigger a compulsory acquisition of all CCB shares. It is worth noting that JCCL is not allowed to acquire any CCB shares above RM2.40 in the next six months after the second failed privatisation attempt.

“Now, had ORA not sold a 3% stake in the last 10 minutes on June 4 (the final extended closing date of the VGO), we would have remained as a substantial shareholder of CCB. We divested our shares as a strategy. We knew for sure that JCCL would not be able to hit the 90% threshold to warrant a suspension of the counter, so we decided to unload some shares to be on the defensive side,” says Goh.

“If we didn’t sell the 3% stake, we would still have about 7%, while JCCL would only have 85.015%. So collectively, that’s more than 92%. We sold enough shares so that CCB could remain traded, and JCCL ended up buying more shares along the way yet failed to achieve what it set out to accomplish in the VGO.”

Goh says from what he has gathered, about 2% of CCB is believed to be owned by some shareholders who have passed away or are now untraceable, given that the company has been listed for more than 50 years.

A JCCL spokesperson tells The Edge that the group is pleased with the successful completion of its tender offer for CCB, which has resulted in the company achieving a shareholding of 88.04%.

“The high acceptance level attests to the compelling offer that provided minority shareholders the opportunity to realise their holdings at a premium to the last traded price prior to the launch of the offer. We look forward to working with CCB to help the company to achieve its full potential,” the spokesperson says in an email response.

In November 2019, JCCL had made its first attempt to privatise CCB via a proposed selective capital reduction (SCR) and repayment exercise at RM2.20 per share, valuing the company at RM221.62 million.

But minority shareholders blocked the attempt, with more than 10% of disinterested shareholders — including Johor-based Muar Ban Lee Group Bhd (MBL) — voting against the SCR at an extraordinary general meeting (EGM) in February 2020.

Goh is also believed to be the mastermind behind that failed attempt at privatisation, as his wife Datin Chok Chew Lan is a substantial shareholder of MBL and minority shareholder of CCB.

“During the SCR last year, we engaged Inter-Pacific Securities Sdn Bhd to do a full value discovery on CCB, and came to a conclusion that CCB is worth at least RM4.65 based on the enterprise value (EV). But if you look at CCB’s annual report, its properties were bought more than 50 years ago, and not much revaluation has been done. This is why we think CCB shares should be worth more than RM2.20 (SCR offer last year) and RM2.40 (VGO this year),” he reveals.

Following the second failed privatisation, at an AGM on June 25, JCCL voted down a resolution for CCB to issue new shares. Goh suspects this was JCCL’s move to shake up minority shareholders, who may not be comfortable holding on to a suspended or untradeable stock.

“We understand why JCCL didn’t want this resolution to go through because that will improve their chances to force a suspension of the counter. To all minority shareholders out there, my message is simple — look at the mathematics, there is absolutely no way JCCL could force a compulsory acquisition,” he declares.

Goh predicts that the second-best thing JCCL could do is to make a third privatisation offer 12 months later, and this is where the opportunity is for those who are still hanging onto their shares.

“We are pretty sure that this third time around, the offer price will be so good that we will also sell. Why? JCCL simply just needs to buy 7.87% more shares to force a compulsory acquisition. After two failed privatisation manoeuvres in a row, do you think JCCL will afford to let it go up in smoke for the third time after increasing their stakes from 59.1% to 88.04%?” he asks.

“This is why we are willing to share our investment strategy. As a united group, the minority shareholders have the required dissenting votes to thwart any attempt to privatise the company again. All we as an investor want is a commendable offer price close to the EV of RM4.65 a share,” says Goh.

He explains that owning a part of CCB synchronises with ORA’s core business strategy, as the company is involved in the business of luxury and performance cars, and is presently also undertaking a mega integrated resorts project in Langkawi with an international racing circuit as the theme. Moreover, ORA is also close to clinching two distributorships for premium performance marques.

“We are willing to remain as a shareholder of CCB even if the company is suspended or delisted. You cannot take away the fact that I am still a CCB shareholder.”

In any event, Goh says he respects JCCL as an opponent, as the conglomerate does not use underhanded tactics against him.

“They made an offer, they failed, they will try again next year. That’s why we have a very high regard for them. We are both on a level playing field. I have my price and you have yours. But if one day, you come to us and ask us to sell our shares to you at a fair price to the NAV, we will be more than happy to do so.

“At the end of the day, we are all businessmen who look at the bottom line, not to make foes. But if you are not willing to make a good offer, that’s fine too as we see long-term value in CCB.”