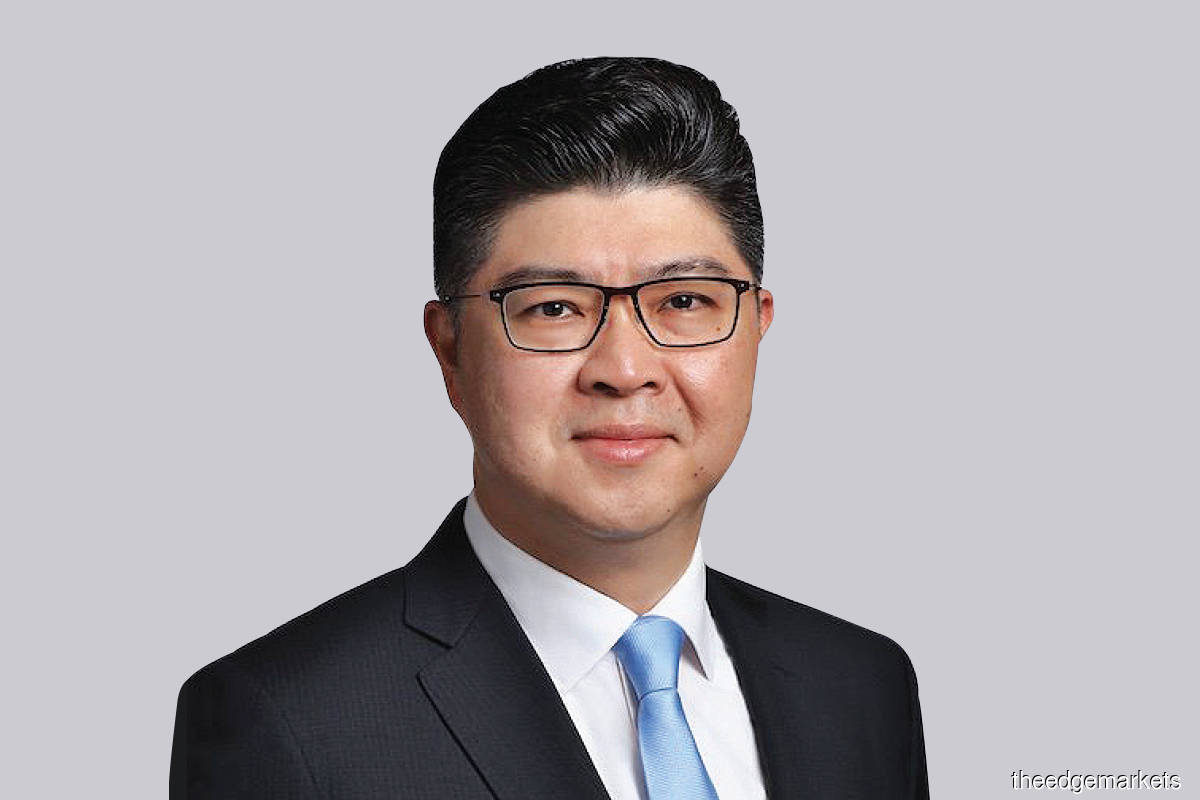 Yong: The good news is that, in terms of Malaysia, 70% of board directors said they would welcome more information and explanation about online encryption services

DATA security has emerged as a pressing concern for the majority of company boards in Malaysia, triggered by mass virtualisation following the Covid-19 pandemic, says the 2021 Asia Pacific Board Director Barometer Report. Released last week, it is a collaboration between business expansion specialist Tricor Group and the Financial Times Board Director Programme.

The report is a comprehensive survey of board directors representing 771 global organisations across a broad spectrum of industries, with 87% of the respondents based in Asia-Pacific, where Tricor has a prominent presence, 9% in Europe and the Middle East, 3% in North and South America and 1% in Africa.

From a Malaysian perspective, the report found that 88% of directors in the country feel that data security is an ongoing concern for their organisations, but only 45% said their boards had taken dedicated courses of action during the pandemic to improve data security.

However, this situation is not unique to Malaysia alone. Tricor Group CEO Lennard Yong says only 52% of respondents across the countries surveyed were comfortable that they had robust data security measures in place.

“Approximately 48% of board members are not really comfortable with the way things are being handled and they want a little bit more amplification when it comes to data security.

“The good news is that, in terms of Malaysia, 70% of board directors said they would welcome more information and explanation about online encryption services. In that sense, I think the Malaysian directors compared to those in [other countries in] Asia-Pacific were a little bit more enlightened, and more willing to better understand the risks associated with data security. Malaysia also, to a large degree, had directors who were more willing to engage with their chief technology officers to find out how their companies were dealing with data security issues,” he tells The Edge.

The survey also found that business continuity planning (BCP) and corporate governance, risk and compliance (GRC) issues are weighing on directors, rising to the top of corporate boards’ priorities.

“The confidence in handling BCP during Covid-19 was at 60% across Asia-Pacific, and the confidence level in Malaysia is on a par with that. In general, there was a rapid recognition by boards that things needed to move rapidly, but there were also these question marks in terms of transformation and data security, as board members wanted to know how prepared their organisations were in their move towards digitalisation and virtualisation,” says Yong.

The massive shift to remote work models was reflected in the survey results, with board directors reporting that meetings went from being 5% virtual pre-pandemic to 5% in-person post-pandemic.

Despite the successes of virtual working, a majority of board directors (54%) expect that, in the future, a hybrid model with meetings both in-person and virtual will be the norm. In Malaysia, 55% of directors said their boards were likely to meet in a hybrid format post-pandemic.

Yong says this goes to show that virtualisation is clearly a long-term thing and not a short-term phenomenon that occurred as a result of the pandemic.

“Because of that, the argument we are making is that it is imperative for corporations to ensure that they have safe, stable and encrypted platforms in their organisations. For example, in a typical board meeting, you would have the chief financial officer making updates to the numbers till the day of the annual general meeting, and you don’t want to receive a thread of email updates for those changes.

“There are software tools out there to [ease the process]. We at Tricor took this seriously, which is why we invested in Praxonomy, which gives us access to a product portfolio that allows company secretaries to basically house all of their minutes and action items online [on the cloud], so that this could be [channelled to the respective board committees and easily accessed by them],” he says.

Last year, Tricor completed a strategic investment in Praxonomy — a technology company specialising in providing a platform for boards and executives to manage their agendas, documents and priorities through a cloud-based board management software — which enhanced the group’s digital strategy and enabled it to deliver board and corporate meetings to its customers more efficiently and securely via a board portal.

The report also stated that there are large segments of corporate boards in Asia-Pacific that have not adopted the digital board portals, digital governance tools and solutions needed to shift from surviving to thriving virtually.

“For example, when we looked at the results of digital transformation [across all countries surveyed], we found that a quarter of the boards are struggling to bridge the digital divide, which means that in one in four corporate boards globally have not fully adopted digital tools yet,” says Yong.

According to the report, video communications software Zoom has, not surprisingly, topped the list of digital tools globally used by boards.

“True digital transformation is more than just video calling. This was recognised among respondents, with 71% reporting they were in favour of using an online encrypted system for board documents and operations.

“This strong majority suggests an understanding of the next levels of digitisation, which are essential if boards want to combat cyber security and improve efficiencies. Globally, eight out of 10 respondents also said they believe that boards, rather than IT departments, should be leading this digital transformation of organisations,” the report says.

To prepare for a post-pandemic future, 73% of directors worldwide said their boards were actively exploring new digital tools. However, board directors in Malaysia were the most enthusiastic among their Asia-Pacific counterparts in exploring new tools during the pandemic, with 76% reporting doing so.

“A majority of board members desire an improved level of digital platforms. Some of the key aspects that board members are focusing on are basically to incorporate a framework for digital corporate governance, understanding and questioning some of the cyber security risks and policies, using the work of third-party experts to be able to fill in the gaps in some of these specialist areas and, in summary, bringing all these elements together so that board members can fulfil their fiduciary duties to the organisations that they serve,” says Yong.

Given the mounting pressure for boards and the uncertainty of these current times, Tricor’s report predicts that boards will look for external independent advice to survive and thrive in key areas such as BCP, GRC, environmental, social and governance and digital transformation. “Most importantly, it represents an opportunity to have the long-term, lasting legacy of Covid-19 be one marked by corporate governance improvement and digital innovation,” it says.