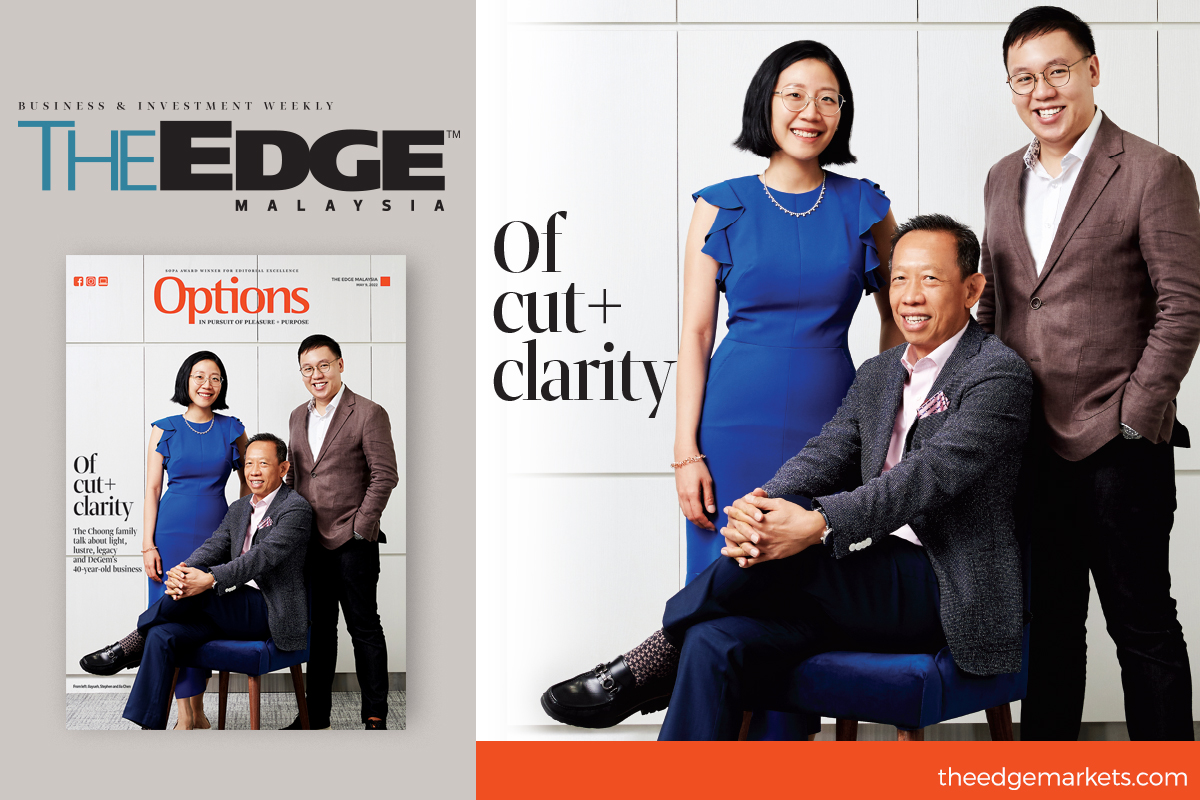 KUALA LUMPUR (May 8) The jewellery business has changed far more in the last 30 years than the preceding 100 years. Old methods of crafting jewellery have given way to technology, and younger consumers today are using omnichannels to engage with consultants to find out more about pieces they are interested in before making a purchase.

DeGem CEO Stephen Choong, his daughter Jiayueh, the company’s communications and design director, and his nephew Jia Chen, the operations and business development director, talk about how the 40-year-old company has evolved with the times, and how rarity determines the value of a diamond, apart from its beauty.

Once people have a collection of diamonds, they will be curious about natural and precious gemstones — unique pieces whose value appreciates over the years, they say.

Elon Musk has paid US$44 billion to take Twitter, the world’s 15th most popular social networking site, private under his leadership. Will this move reshape the internet as we know it?

Supporters say it will generate more value for users while clearing out bots and spams crowding the social media platform. But there are detractors and one of their concerns is that China, the second-biggest market for Musk’s Tesla vehicles, will lean on his automotive business to quell criticism of Beijing on Twitter.

Netizens also see Musk using the site as a form of control to correct what he perceives as media bias towards him and his companies.

Avid Twitter user Dr Ong Kian Ming, member of Parliament for Bangi, looks forward to the platform’s innovative capabilities, but is wary that the acquisition “will peel back some of the controls that Twitter has already put in to mitigate some of the worst excesses of social media, such as hate speech”.

Vintage vehicles are a niche business, says Akashdeep Singh, the founder of Akash Classics Malaysia. Last May, he moved his business from Kuala Lumpur to Ipoh and has sold 64 cars since — which works out to about five cars a month. “Classic cars are rare and people don’t find them easily so they will look for a trusted dealer and go to them faithfully.”

With increasing global wealth chasing a limited number of vehicles, the market for classic cars has done better than collectibles like coins and stamps, sometimes even beating the broad stock index, he says.

Read more about it in The Edge Malaysia weekly’s May 9 edition.