The cultural and historical significance of Old Melaka 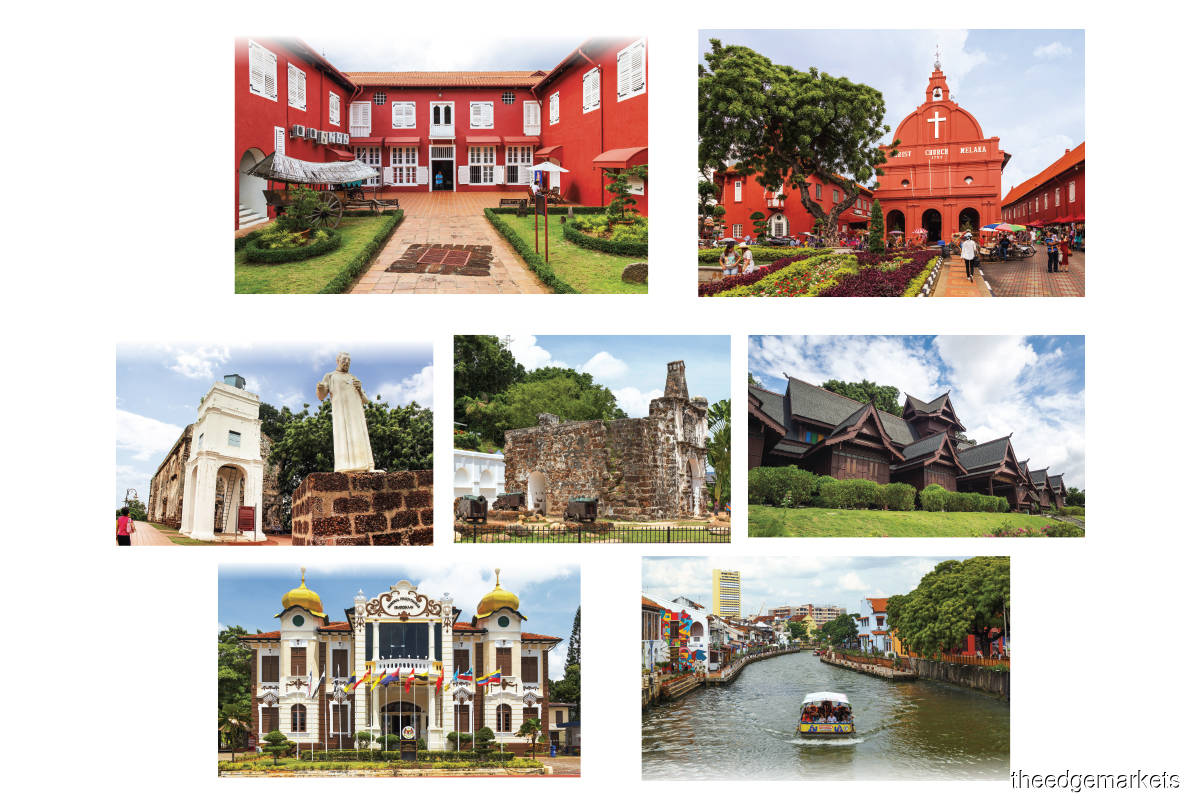 A city rich in culture and heritage, Melaka is one of the most attractive tourist destinations in Malaysia. From its humble beginnings as a coastal village, it would go on to become the setting of the glorious tales of the Melaka Sultanate and later, part of the country’s colonial past with the Portuguese, Dutch and British all leaving a mark in this Unesco World Heritage Site. We explore Old Melaka and its many historical attractions. Located opposite Jonker Street and adjacent to the Christ Church, the Stadthuys is one of the most historical sites in the city of Melaka. Built between 1641 and 1660 on the ruins of a Portuguese fort, the Stadthuys was the focus point of several successive governments for more than 300 years, from its completion until 1980.

In 1982, the Stadthuys was converted into a museum and currently showcases Melaka’s history, starting with the great Malay Sultanate, the arrivals of the Portuguese, Dutch and British, until the present day. It displays typical features of Dutch colonial architecture — massive walls, louvred windows and chunky doors with wrought-iron hinges, according to malacca.attractionsinmalaysia.com. Situated opposite the Stadthuys, the Christ Church is an instantly recognisable brick-red building with a huge white cross at the top. It was built to commemorate a century of Dutch rule in Melaka. Construction of the church started in 1741 and was completed in 1753, making it the oldest Protestant church in Malaysia. The interior of the church has 200-year-old handmade pews, decorative fanlights and plaques that honour Dutch soldiers and locals.

Apart from its commemorative purpose, the Christ Church was constructed by and for the Dutch after they conquered Melaka as another place of worship, apart from St Paul’s Church, which is a small chapel located on St Paul’s Hill. Later, when the British took over Melaka, a weathercock and bell were added to the church and it was transformed into an Anglican house of worship, according to malacca.ws. The historic St Paul’s Church is located at the summit of St Paul’s Hill. Originally called the Nossa Senhora da Anunciada (Our Lady of the Annunciation), it was constructed by Portuguese fidalgo or nobleman captain Duarte Coelho, in gratitude to the Virgin Mary for saving his life in the South China Sea in 1521.

When the Dutch invaded Melaka in 1641, the church was badly damaged and the belfry tower was destroyed. It was later repaired and renamed St Paul’s Church, and used as a Protestant church for about 112 years until Christ Church was completed in 1753. According to malacca.ws, the church was enlarged to two storeys in 1556, after the Archbishop of Goa in India handed over the church to the Jesuits in 1548, while gun turrets were added to the chapel by the Portuguese between 1567 and 1596, which ultimately became a fortress. In 1590, a belfry tower was added to the front of the church and it was renamed Igreja de Madre de Deus (Church of the Mother of God).

After its construction, the church was often visited by the well-known Jesuit missionary St Francis Xavier, who preached there off and on for 12 years. Following his death off the coast of China on Shangchuan Island in 1552, his body was temporarily interred in the burial vault of St Paul’s Church from March to December 1553, before being transferred to Portuguese Goa on the west coast of India.

Today, a white marble statue of St Francis Xavier stands in front of St Paul’s Church. It was put here by the Archbishop of Malaya and Singapore to celebrate the fourth centenary of the temporary burial of Father Francis Xavier in this church. The Porta De Santiago, or more commonly known as A’Famosa, is a major historical landmark located adjacent to the Stadthuys. It is one of the oldest surviving European architectural remains in Asia.

Built in 1511 under the command of general, admiral and statesman Alfonso de Albuquerque, the fortress was constructed to consolidate the Portuguese’s gains in Melaka after defeating the armies of the Melaka Sultanate. At the time, the Portuguese believed that Melaka would become a vital port that linked Portugal to the spice trade from China, according to malacca.attractionsinmalaysia.com.

A’Famosa used to house the entire Portuguese administration, including its hospitals, five churches, elongated stockades and four key towers in the 16th century. One tower was a four-storey keep, while the others included an ammunition storage room, captain’s residence and an officers’ quarters. The rest of the bastion comprised townhouses clustered inside the fortress walls, but was then expanded in 1586 to accommodate the growing population of Melaka.

The fort changed hands in 1641 when the Dutch successfully drove the Portuguese out of Melaka. What remains is largely the Dutch reconstruction as renovation works were carried out in 1670, following the siege. Now, one would be able to see a small inscription — ANNO 1670 — on the fort’s arch and the coat-of-arms of the Dutch East India Company (VOC), according to malacca.ws. The Melaka Sultanate Palace Museum is a wooden replica of the 15th century palace of the sixth Sultan of Melaka, Sultan Mansur Shah. Located at the bottom of St Paul’s Hill, it was constructed in 1984 using traditional construction techniques and materials, based on the annotations in the Malay Annals. The building was built entirely without nails and supported only with carved, wooden pillars as well as a copper and zinc roof.

The three-storey museum, which was opened in 1986, comprises about 1,350 artefacts, prints, photographs and drawings detailing the Melaka Malay Sultanate’s history and cultural heritage. It is divided into eight chambers with a variety of weaponry, decorative arts, traditional costumes, brassware and jewellery. There are also three galleries depicting famous legends through dioramas, such as the famous clash between legendary Melaka warriors Hang Tuah and Hang Jebat, according to malacca.ws. Built in 1912 in an elegant Dutch colonial mansion, the two golden onion domes flanking the top of the Proclamation of Independence Memorial’s portico beautifully embellish the stark white stucco. The memorial building was set up and officiated by former prime minister Tunku Abdul Rahman on Aug 31, 1985 — 28 years after the independence of the country.

It showcases records and photographs of the early history of the Malay Sultanate, as well as permanent exhibits of historical photographs, dioramas, manuscripts, old currency, slide shows and films chronicling Malaysia’s fight for independence, which are displayed in chronological order, according to malacca.ws. Dubbed the “Venice of the East” by European seafarers, the Melaka River was a prominent port of entry for traders from Europe and Asia during the late 16th century. According to malacca.ws, the Melaka River winds its way from Dutch Square and goes past Tan Boon Seng Bridge. When the Portuguese invaded Melaka, they seized the bridge and cut off communications between the two sides of the river, effectively dividing Melaka into two, leading to the fall of the city to the Portuguese.