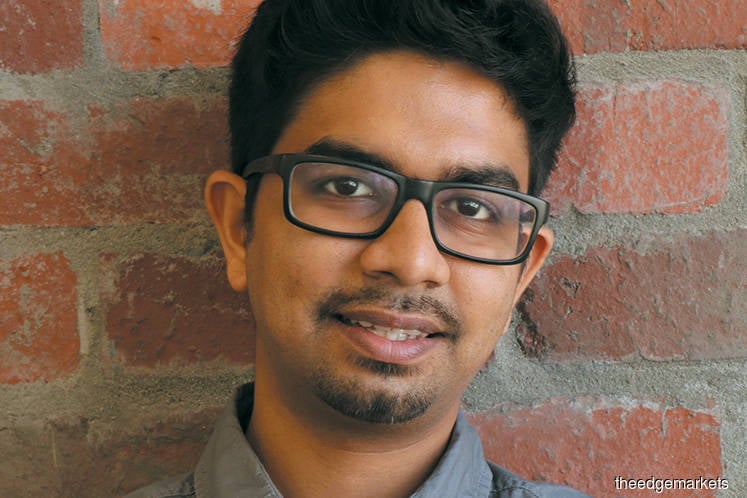 He adds that the trading volume of ether locally, since the launch of the company’s ether wallet on Nov 9, has far exceeded expectations. The wallet enables users to trade ether via its mobile app.

He adds that the activation rate of the ether wallet by local users is about 80%, which is one of the highest in the over 40 countries that Luno operates in. Users have to activate the ether wallet to trade the cryptocurrency.

However, investor awareness of ether remains low compared with bitcoin, says Pattnaik. “Only those who have been in the industry for a while know about ether. However, we believe the awareness will slowly increase when there is greater interest in the cryptocurrency,” he adds.

“This can be felt by the high attendance rate at the talks we have held from time to time in Malaysia. The number of attendees range from a few hundred to a thousand.”

Luno is a cryptocurrency service provider that allows local investors to trade, send and receive bitcoin and ether using ringgit via a mobile app. Investors who register themselves with the company can deposit their money in Luno’s local bank accounts. The money deposited will be reflected in the user’s bitcoin or ether wallet. Thereafter, users can use it to trade the cryptocurrency.

Luno app users can trade bitcoin instantly via its digital wallet or exchange. The former means that they can trade the cryptocurrency over the counter with Luno acting as the primary broker. Users who trade via the exchange can place buy or sell orders on the app and trade with other market players via the exchange.

Pattnaik says Luno users are only able to trade ether with the ether wallet for the time being. But the company is looking to launch an ether exchange “pretty soon”.

Luno looks forward to introducing digital wallets for other cryptocurrencies in the future, says Pattnaik. “Yes, we are definitely open to it. But we need time to observe the prices, adoption rates and prospects of these currencies. There are some digital currencies that had strong prospects three to four years ago but today, they no longer exist. As we are dealing with people’s money, we tend to take a more conservative approach.”

BUSINESS PICKING UP DESPITE CHALLENGES

From a business perspective, Luno (formerly known as BitX) is doing well. In September, it raised US$9 million (RM36.9 million) in its Series B funding round.

Its investors include Balderton Capital, a UK-based venture capital firm that invests in early-stage technology and internet start-ups; AlphaCode and Digital Currency Group. With the injection of new capital, the company will focus on expanding its business in Europe, says Pattnaik.

One of the challenges Luno has had to face is scams and fraud related to cryptocurrencies. Some of the scams have affected the company’s reputation, says Pattnaik. “These pyramid schemes ask their members to transfer bitcoin from their Luno wallet to the schemes’ private wallets. In exchange, the members receive high returns when they recruit new members to join the schemes.

“When these people did not get the returns they were promised, they asked us to reverse their transactions and return their bitcoin to them. These incidents have occurred again and again and have affected our reputation.”

He points out that in such cases, the company is unable to provide assistance as the money has been transferred to a private wallet, which makes it difficult to trace.

Ready to work with regulators

Luno welcomes the statements made recently by Bank Negara Malaysia to regulate cryptocurrency exchanges, says countries associate Mriganka Pattnaik. “Luno welcomes the central bank’s statements and proposed regulatory structure for digital currencies. We have emphasised regulatory compliance and consumer protection since our operations began. We have always had strict know- your-customer, anti-money laundering and anti-terror financing measures in place to mitigate risks and respond to threats and suspicious activity.

“We share Bank Negara’s goal of keeping the financial and digital currency industry free from criminal and unlawful activity in Malaysia and around the world. The move is a positive step for the cryptocurrency industry.”

He adds that Luno will work closely with the central bank. “Whatever information that Bank Negara requires from us, we will cooperate.”

On Nov 22, Bank Negara announced that cryptocurrency exchanges would be classified as “reporting institutions” by next year. Thus, the exchanges would be required to provide detailed information on the buyers and sellers of digital currencies.

According to news reports, the central bank says this is to “prevent the abuse of the system for criminal and unlawful activities and to ensure the stability and integrity of the financial system”.