Crypto: How Bitcoin can reduce its impact on the environment 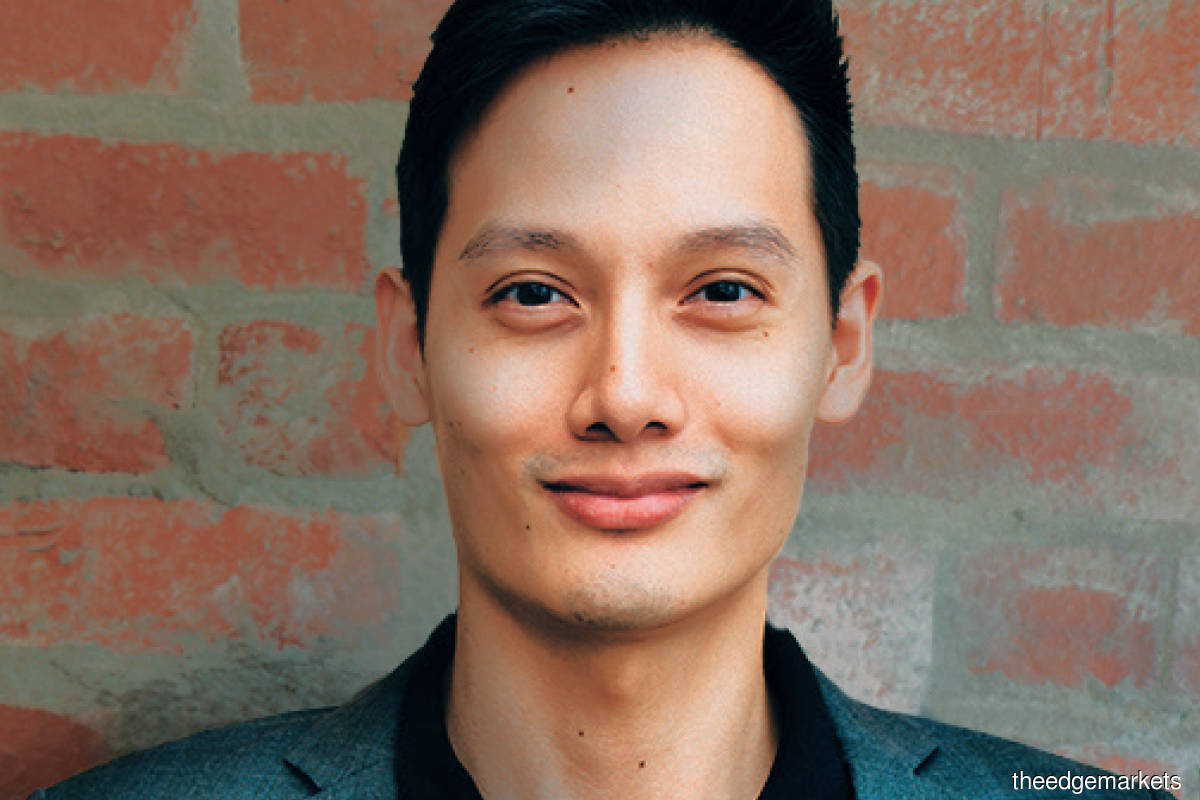 "Bitcoin’s technology is built in such a way that it incentivises the use of clean power. Miners will go to the most affordable sources of power.” - Tang

After creating a stir in the cryptocurrency market earlier this year, Tesla CEO Elon Musk did an abrupt volte-face and stopped allowing the purchase of its vehicles using Bitcoin, citing environmental concerns, as a result of the energy required to mine the cryptocurrency.

Tesla had disclosed in a filing with the US Securities and Exchange Commission in February that it had acquired about US$1.5 billion (RM6.3 billion) in bitcoin. This came after a series of tweets by Musk hyping the use of Bitcoin and other cryptocurrencies, which resulted in a sharp increase in the value of the former.

He changed his mind, though, and Tesla, which had previously allowed the purchase of its vehicles using Bitcoin, suspended this privilege over concerns that the mining cryptocurrencies — that is, updating the bitcoin ledger, a power-intensive process that secures the Bitcoin network and validates transactions — was having an adverse impact on the environment.

“Cryptocurrency is a good idea on so many levels … but this cannot come at great cost to the environment,” Musk tweeted in May.

Despite his avowed reservations about the cryptocurrency, Tesla has said it will continue to hold its remaining bitcoins in its balance sheet and use it for transactions “as soon as mining transitions to more sustainable energy”.

So, what was all the fuss about? Energy consumption is not the full picture

“Critics usually focus on Bitcoin’s energy consumption. However, that is not the correct way of looking at it because energy consumption is not equivalent to carbon emissions,” Aaron Tang, country manager for Luno Malaysia, tells Digital Edge.

Luno is a global cryptocurrency company headquartered in London, with operations across Southeast Asia, Africa and Europe.

“The associated carbon emissions from any energy-powered activity is hugely dependent on the energy mix, which is the breakdown of different energy sources used by the computers mining Bitcoin,” Tang continues.

While a portion of mining facilities disclose their energy mix, the exact energy sources used to power miners globally can be difficult to accurately ascertain. “However, the Cambridge Center for Alternative Finance (CCAF) has worked with major mining pools to gather an anonymous database of mining locations from which an energy mix can be inferred,” says Tang.

According to studies conducted by CCAF, a growing share of total electricity consumption originates from renewable energy sources such as hydro, solar and wind power. Based on this data, CCAF is able to estimate the energy sources that miners were using by country, says Tang.

“Estimates [of renewable energy consumption] vary widely, ranging from about 20% of the total energy mix to more than 70%.” There is currently little evidence suggesting that bitcoin directly contributes to climate change, says CCAF.

Even when assuming the worst-case scenario, that “Bitcoin mining was exclusively powered by coal — a very unrealistic scenario, given that a non-trivial number of facilities run exclusively on renewables — total carbon dioxide emissions would not exceed 58 million tonnes, which would roughly correspond to 0.17% of the world’s total emissions”, the report says.

“For example, the Chinese regions of Sichuan and Yunnan, where hydroelectricity is abundant, have become Bitcoin mining hotspots, accounting for 50% of global mining in the wet season and 10% in the dry season,” says Tang.

However, the recent exodus of miners based in China as the government cracks down on Bitcoin trading and mining, as reported by CNBC, may affect the energy mix in the future. The report also adds that a large number of miners may see Texas as an ideal destination, “thanks to its abundance of solar and wind power, its unregulated market, and its crypto-friendly political stance”.

“Even though we see miners moving out of China, some people say this is a good thing, as they may feel that mining has been too centralised in one place,” Tang explains.

It is currently much cheaper to mine Bitcoin using renewable energy than non-renewable energy. “Bitcoin’s technology is built in such a way that it incentivises the use of clean power. Miners will go to the most affordable sources of power and, as miners are mobile, they can move to any place in the world with low-cost clean energy. In an industry with such significant financial rewards, this matters,” Tang says.

Renewable energy sources also typically produce excessive supply when demand is low, he adds. “Conversely, they struggle to provide enough when demand is high. The issue of divergent renewable energy production and demand for electricity could be mitigated by building an ecosystem in which solar, wind, batteries and Bitcoin mining coexist to form a green grid that runs almost exclusively on renewable energy,” explains Tang.

Bitcoin miners would effectively be using up stores of energy that would have otherwise gone to waste, he says. “This would make the bitcoin mining sector an ideal ‘buyer of last resort’ for renewable energy that can be situated anywhere in the world, requiring only an internet connection. Bitcoin also has the potential to replace and combine many existing financial systems in a way that could benefit everyone and, in so doing, help reduce global carbon emissions.”

Mike Colyer, CEO of Foundry, a blockchain financing provider, concurs. He believes cryptomining can support the global transition to renewable energy. Clustering cryptomining facilities near renewable energy projects “allows for a faster payback on solar projects or wind projects because they would otherwise produce too much energy for the grid in that area.”

El Salvador recently made itself the first country to adopt Bitcoin as legal tender. Tang says: “In El Salvador’s case, the country is planning to use the geothermal power from its volcanoes in a bid to make Bitcoin mining more energy efficient and minimise its carbon footprint.

“El Salvador has hundreds of megawatts of untapped geothermal potential as well as a network of underutilised power plants. There is a huge opportunity for Bitcoin miners to move there and tap into a renewable energy source, for example.”

What is worth the energy and what isn’t

“Putting things into perspective, Bitcoin consumes only a small portion of the energy consumed by other sectors, such as the financial sector. There are many other things that take up more energy that don’t get called out. Maybe it’s because they’re legacy technologies and have been around for a longer time,” Tang says.

The discomfort with Bitcoin’s usage also could be that some do not see the value it brings to people, Tang continues. “Many people have found value with cryptocurrency, and just because a certain section of the population don’t agree, doesn’t mean they should be saying it’s a waste [of energy].”

There are more than a hundred million Bitcoin addresses globally, he adds. “Using this as a proxy, there’s a huge number of people in the world who use Bitcoin. They may use it as a means of payment, to send money abroad and most commonly as a store of value. It’s also not just individuals anymore, as companies like Square and MicroStrategy find bitcoin valuable too,” says Tang.

However, the proof-of-work (PoW) model, the consensus mechanism that Bitcoin uses, has faced issues of scalability. “The concern with PoW is that, in order for the network to effectively handle more users, its processing power needs to improve significantly. In its current form, it’s inefficient,” Tang says.

“This is because it’s a mechanism that validates and records transactions on the blockchain by making computer nodes compete to generate cryptographic hashes that satisfy a network-determined level of complexity. Essentially, they use brute computing power to solve the problems.”

The complexity level serves to maintain security, says Tang. “You’d need expensive hardware that consumes a large amount of power, and this may be why Bitcoin draws criticism for not being environmentally friendly enough.”

But, technology may offer solutions. “Innovations like Bitcoin’s ‘Layer 2’ lightning network enable Bitcoin transactions to be done off the main Bitcoin blockchain. This means performing Bitcoin transactions in a much faster, cheaper, scalable and more energy efficient way,” Tang says.

“The majority of Bitcoin transactions today happen directly on the blockchain. An analogy from the traditional finance world would be transactions happening on the settlement layer, like interbank settlements. As the lightning network and other Layer 2 solutions continue to deliver improvements, we are optimistic that bitcoin will continue to scale well.

“The beauty of cryptocurrency’s technology lies in its diverse consensus mechanisms. The community is made up of individuals passionate about creating and maintaining a world that thrives on diversity in choice, efficiency and incentive. As the industry matures, we can only expect more exciting developments.”