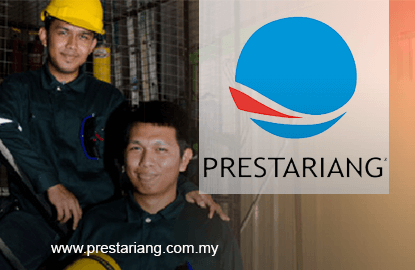 According to a filing to Bursa Malaysia today, Brahmal acquired 24.5 million shares or a 5.076% direct stake in Prestariang yesterday.

Last Friday, Prestariang said it has received a letter from the home affairs ministry to confirm that the cabinet has approved the proposal for the company to implement the 'Sistem Kawalan & Imigresen Nasional' (SKIN).

The company said SKIN will be implemented by way of a public private partnership through the build, operate, maintain and transfer method. The concession is for a period of 15 years and will consist of three years of build and deployment phase and 12 years of maintenance and technical operation phase.

Prestariang added that payment to the company will commence upon full commissioning of the system after three years, with an average annual payment of RM294.7 million from year four to year 15 during the maintenance and technical operation phase.

Prestariang fell 14 sen or 5.7% to RM2.31 today, with 2.32 million shares traded, for a market capitalisation of RM1.16 billion. The share price has been on the uptrend since hitting a low of RM1.75 in July.