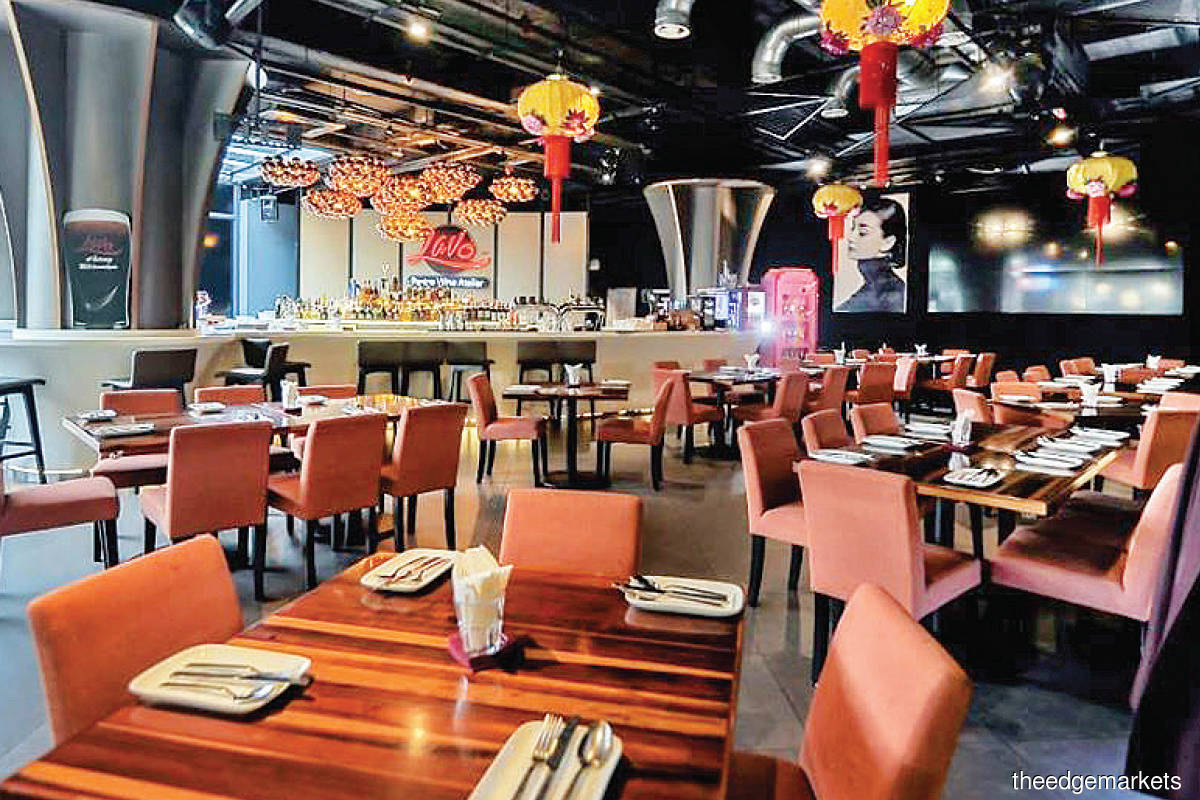 AMONG the stellar performers on Bursa Malaysia this year is Focus Dynamics Group Bhd. Year to date, its stock has gained more than 350%, closing at RM2.28 last Friday, translating into a whopping market capitalisation of RM4.66 billion.

This market value is quite an achievement considering that, in the decade from 2009, it has only managed to register net profits in one financial year — in FY2017, when it chalked up RM3.48 million in net profits from RM31.65 million in revenue.

In the first quarter ended March 31 (1QFY2020), the company, whose main business is running food & beverage (F&B) outlets, registered a 21.2% year-on-year increase in net profits to RM748,000 while revenue slipped 6.7% to RM9.30 million. It had cash and bank balances of RM3.7 million and deposits with licensed banks amounting to RM1.95 million. It had little in terms of borrowings, with its interest expense at a mere RM218,819 for the three-month period.

Since the company’s flotation exercise on the Mesdaq market of Bursa Malaysia on Feb 10, 2006, Focus Dynamics has yet to pay out any dividends. This is despite its saying at end-November 2017 that it had adopted a policy “to pay an annual dividend of up to 20% of its consolidated profits after tax attributable to owners of the company in respect of any financial year, provided that such distribution will not be detrimental to the company’s cash flow requirements”.

It also added, “The company reserves the discretion to pay [a] higher rate of dividend as it deems appropriate”.

As at end March, its net asset value per share was only around two sen, with its main asset being an entertainment outlet in Menara Lien Hoe in Petaling Jaya. In early July, when questioned by Bursa Malaysia on the meteoric rise of its share price via an unusual market activity query, Focus Dynamics said, “The group has been continuously on the lookout for opportunities to expand its core business in the F&B segment via mergers and acquisitions to enhance the group’s earnings and improve its financial performance.

“In recent weeks, the group has been in discussions for several opportunities to potentially acquire strategic stakes in F&B companies. In addition, the group is currently in an exploratory stage for a potential merger/acquisition exercise with another company that has a sizeable assets base.

“Notwithstanding the above, the group wishes to highlight that no decision has been made yet with regard to any potential proposal at this juncture as all discussions are still at a preliminary/exploratory stage. The group will make the relevant announcements in accordance with the Listing Requirements in the event of any material development pertaining to the above.”

What is going on?

“Irrational exuberance,” says a seasoned market player on Focus Dynamics’ rise. Another says hidden hands or syndicates — groups that push specific counters up or down — are at work.

Checks with market sources indicate that there are about 20 companies whose share prices appear to have been pushed up by the same group of people. When asked to name some of these counters, one source says, “Just look at the most actively traded on a daily basis … it’s all the same group.”

Nevertheless, there has been a number of developments at Focus Dynamics. For example, it announced a cash call in January 2018, but that has yet to take place with many postponements and several revisions and changes.

In its latest announcement on Aug 18, Focus Dynamics proposed a one-to-three share split, a renounceable rights issue of up to 2.04 billion new irredeemable convertible preference shares (ICPS) with up to 3.07 billion free detachable warrants on the basis of three warrants for every two ICPS subscribed. The proposal is a revision of the previous proposed exercise announced on Jan 9, 2018, it added.

The ICPS have a 10-year tenure and are convertible to new Focus Dynamics shares at a conversion rate of 10-to-one. Both the rights issue and conversion prices will be determined later, although the company has placed an indicative rights issue price of five sen per ICPS.

The free warrants, meanwhile, come with a tenure of five years with the exercise price also to be determined later.

Proceeds from the proposed rights issue — estimated to be anywhere between RM25.61 million and RM102.21 million — will be used to part-fund Focus Dynamics’ mixed-use development, The Arch, which is located on Jalan Tun Razak and near nightlife centre TREC KL.

Focus Dynamics has a 51% stake in Famous Ambience Sdn Bhd, the special purpose vehicle of The Arch, with construction company OCR Group Bhd’s Ong family holding the remaining equity interest. Launched in April 2017, The Arch was to be completed by end-2018.

With the share split, Focus Dynamics will see its share capital triple from 2.04 billion shares to 6.13 billion.

In July, Lambo Group Bhd informed Bursa Malaysia that it had bought 22.79 million shares, or a 1.11% stake, in Focus Dynamics for RM25.65 million on the open market. It said it purchased the shares through its Hong Kong-based unit Oriented Media Holdings Ltd at an average price of RM1.1253 apiece.

Lambo operates a platform that allows e-commerce users to book and track their orders. Both Lambo and Focus Dynamics have offices in Menara Lien Hoe.

Before its venture into the F&B business in 2016, Focus Dynamics — formerly known as Focus Dynamics Technologies Bhd — was a specialist in energy efficiency systems, LED lighting, industrial control systems and related distribution products.

Note that at end-December 2018, the company’s auditors Siew Boon Yeong & Associates resigned due to “stretched resources” and intimated that they would be unable to cope with the group’s stringent reporting timeline. It was replaced by Crowe Malaysia PLT.

Who are Focus Dynamics’ shareholders?

Just as it is hard to explain its price surge, it is equally hard to know the people who control Focus Dynamics as they are hidden behind corporate entities.

Focus Dynamics’ single largest shareholder as at June 1 was Asiabio Capital Sdn Bhd, which had a 25.05% stake. Asiabio is controlled by business incubator and strategy advisory Fintec Global Bhd.

According to Fintec Global’s annual report, its only ultimate substantial shareholder as at June 24, 2019, was Adamas Finance Asia Ltd, holding 5.21%. Meanwhile, on its list of top 30 shareholders, UOB Nominees is named as holding 6.15% for Sanston Financial Group Ltd.

Perhaps this is one case where unmasking may be necessary.