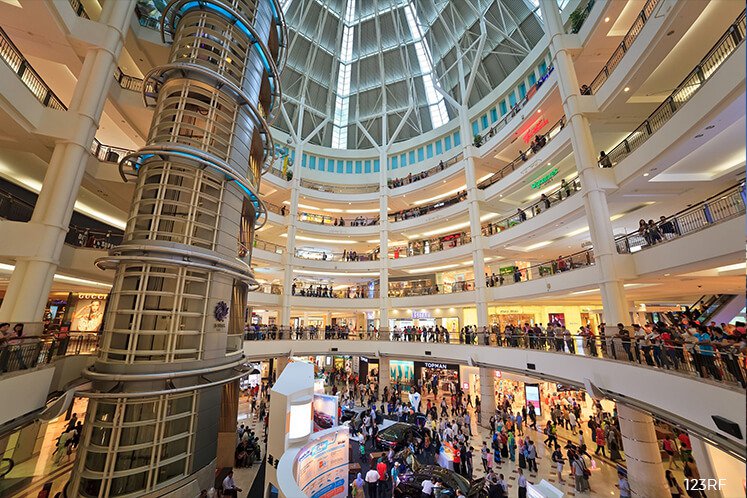 Malaysia slipped into deflation in the first two months of this year and views are mixed on whether the inflation barometer, the Consumer Price Index (CPI), will turn positive in March. The Department of Statistics is expected to announce the March CPI this week.

Some economists and fund managers believe that deflationary pressures will likely persist until the second half of the year while others opine that the reading could normalise in March. Peck Boon Soon, economist at RHB Research Institute, believes that the CPI reading will hover below 1% for the next few months.

In this uncertain environment, what should investors do?

Malaysia slipped into deflation mode for the first time since 2009 in January, when the CPI fell 0.7% year on year. It then declined 0.4% y-o-y in February. The deflationary pressures came mainly from lower fuel prices.

“We cannot tell exactly when the CPI will turn positive again. But I expect it to happen in the second half of the year. It depends on when the government announces the targeted fuel subsidy mechanism,” says Ng Lee Peng, head of fixed income at Opus Asset Management Bhd.

When the new mechanism rolls out (targeted in July), the bottom 40% of Malaysian households will receive a fuel subsidy. Those who do not fall into this category will have to pay for petrol based on the floating rate mechanism, which will put upward pressure on overall prices, says Ng.

Gan Eng Peng, director of equity strategies and advisory at Affin Hwang Asset Management Bhd (AHAM), expects overall inflation to kick back in by June as crude oil prices have recovered since the start of the year. As at April 11, Brent crude oil had climbed 30.3% to US$71.58 per barrel while West Texas Intermediate crude oil had risen 38.74% to US$64.38 per barrel.

A local fund manager, who wishes to remain anonymous, also expects overall inflation to re-emerge in the second half of the year. “The CPI is negative due to the high-base factor. Oil prices had been high going into 2018 and that fed into an increase in overall prices in January and February last year. By comparison, oil prices were low at the end of last year, which translated into lower overall prices at the beginning of this year. This should be just a transitory event,” he says.

The CPI, however, did not turn negative at end-2015, when oil prices crashed to less than US$30 a barrel from its peak of US$113 per barrel. Woon Khai Jhek, economist at RAM Rating Services Bhd, says this could be due to the implementation of the Goods and Services Tax by the previous government. “That could have countered the downward pressure exerted by low oil prices back then.”

A deflationary environment is generally bad for investors and poses a headache for policymakers. “By and large, if persistent over the long term, it is negative for corporate earnings. Companies normally experience weak demand and volumes. They would also face a struggle to price [their products and services] upwards,” says Apex Investment Services Bhd CEO Clement Chew.

It is about consumers and business perception, says Vasu Menon, vice-president and senior investment strategist at OCBC Singapore. “It is not just deflation per se, but the expectation of consumers and businesses that deflation will sustain. A change in behaviour caused by such a mindset is detrimental. It is an issue that central banks do not want to see.”

Imagine that the prices of your business, properties and investments will all be worth less tomorrow, says Opus’ Ng. “Deflation makes you feel poorer. Consumers will start holding back their spending as prices are expected to get cheaper and businesses will stop investing as the demand in the market is low. This will lead to lower profits and a higher unemployment rate.”

For now, the consensus is that the Malaysian economy is still growing at more than 4% and a recession will not be on the cards anytime soon. Still, although deflation rarely happens, when it does, it can be damaging to investments.

One only has to look at history to know how destructive the impact of deflation can be. “The Great Depression, which started in 1929, is a classic example of how bad it can be, even though it happened about a century ago,” says Woon.

The US stock market would crash 47% over the next four years while GDP would shrink 30%. One-fifth of all Americans lost their jobs before the US economy started to recover in 1933.

The Japan story is the more recent one. Its economy contracted in 1993 when its asset-price bubble burst and again in 1997 due to the Asian financial crisis. In fact, the Japanese economy has struggled to expand over the next couple of decades. Even today, the markets are still concerned that deflation will come back to haunt Japan again.

That being said, experts are not worried that the current deflationary figures could persist. The main reason is that the local economy continues to expand at a healthy rate. This shows that domestic demand remains intact, says Opus’ Ng.

“Yes, we have had deflation in the first two months of the year, but also with a positive economic growth outlook of about 4.7%. Back then, we had deflation and our economy was in a recession,” she says.

On top of this, global economic growth is expected to expand this year and global demand is supportive of the local economy, says Apex’s Chew. “It is essential to look at the global backdrop [as Malaysia is a trading nation]. The global economy is expected to grow about 2.8%, with inflation averaging at about 2% (as at April 10). Global demand is significantly better than in 2009.

“In 2008/09, the world economy was reeling from the aftermath of the global financial crisis. Global GDP growth had contracted 2.5% and inflation had fallen 0.6% y-o-y in the second quarter of that year.”

Investors should note that the Malaysian government is currently tightening fiscal spending. In contrast, it was rolling out stimulus measures in 2009 to boost growth.

In Malaysia, deflation seems to exist alongside inflation and this scenario is the reason many are not feeling the effects of deflation. “You can feel it on the ground when talking to the man in the street. They are complaining that the cost of living is high. It indicates that they are not holding back on spending or anticipating prices to drop going forward,” says Opus’ Ng.

Core inflation — which is a better indication of market demand compared with the overall inflation figures shown by the CPI — remained positive in the first two months of the year, she adds.

Core inflation in January and February increased 0.2% and 0.3% respectively, according to the Department of Statistics. The increase in January was due to higher prices for housing, water, electricity, gas and other fuels (up 1.7%), restaurants and hotels (up 1.2%) and education (up 0.9%).

In February, the prices of housing, water, electricity, gas and other fuels were up 2.3%; restaurants and hotels, 1.3%; and education, 1.3%. Prices of food and non-alcoholic beverages increased 1.7%.

RAM’s Woon says core inflation is a better gauge of market demand as it excludes goods and services subjected to volatile prices and other price-controlled items such as petrol. “Price fluctuations in certain items could cause the CPI to overstate the inflation rate.”

“Based on our research, we expect the March CPI to come in at above 0% and to remain so for the rest of the year,” says RAM’s Woon.

The key reason for his outlook is that crude oil prices have climbed significantly since January and will translate into higher prices for products and services. “As global oil prices are currently on a sustained level at above US$60 per barrel, it would have pushed prices up. Even if the government caps the RON95 price at RM2.08, it would not be enough to push back inflation to below 0%,” he says.

Fund managers may not be too worried about a sustained deflationary environment, but the negative Consumer Price Index (CPI) figures in the first two months of this year still indicate slowing growth and softening market demand. This means investors will need to change their strategy to stay ahead of the curve.

The advice is to invest in stocks that offer steady dividend yields as well as real estate investment trusts (REITs). “In this environment, you may want to buy into assets that can help lock in higher interest rates. Bonds, for example, is a good asset class to look at,” says Ng Lee Peng, head of fixed income at Opus Asset Management Bhd.

A fund manager with an investment bank says a good strategy to adopt during a deflationary mode is to hold more cash and anchor the equity portfolio with dividend-generating instruments such as REITs and big-cap stocks. “We are holding more cash, which is used to execute trades, as equity market players are mostly doing stock-by-stock trading these days. The whole market is not strong, but selected stocks will still perform from time to time. People take profit when prices rise and put the profit in other stocks, like a rotation.

“We see this playing out not only in Malaysia but also around the world. It is stock-by-stock trading and rotational play.”

The fund manager says passive investors may not see good returns this year as the sectors that dominate the FBM KLCI are clouded by an uncertain regulatory environment and the expectation of an interest rate cut by Bank Negara Malaysia. “For instance, the banking sector is clouded by the interest rate cycle, where people are expecting a rate cut following a weakening economy. Then, there are the telecommunications and energy sectors, which are going through a changing regulatory environment following the change in government. It is unlikely for them to perform in the shorter term.”

Bond fund manager Ng is buying into more high-rated bonds with longer tenures. “In the past, we bought into bonds with an average tenure of five years. But now, we have lengthened it to 6½ years,” she says.

While banks may not look attractive to equity players due to the anticipation of a rate cut that could erode into their net interest margins, Ng is holding some of the corporate bonds issued by banks. “We like them as they have steady cash flows. We are not equity investors who focus more on earnings,” she says.

The likelihood of Bank Negara cutting rates has increased as core inflation — which still remains in positive territory — only rose 0.2% and 0.3% in January and February respectively. “It is close to zero and the central bank could ease monetary policy before it slips into negative territory in the coming months.”

In a sustained deflation environment, Apex Investment Services Bhd CEO Clement Chew would look at companies that enjoy inelastic demand, such as those involved in food production, as well as high-dividend stocks.