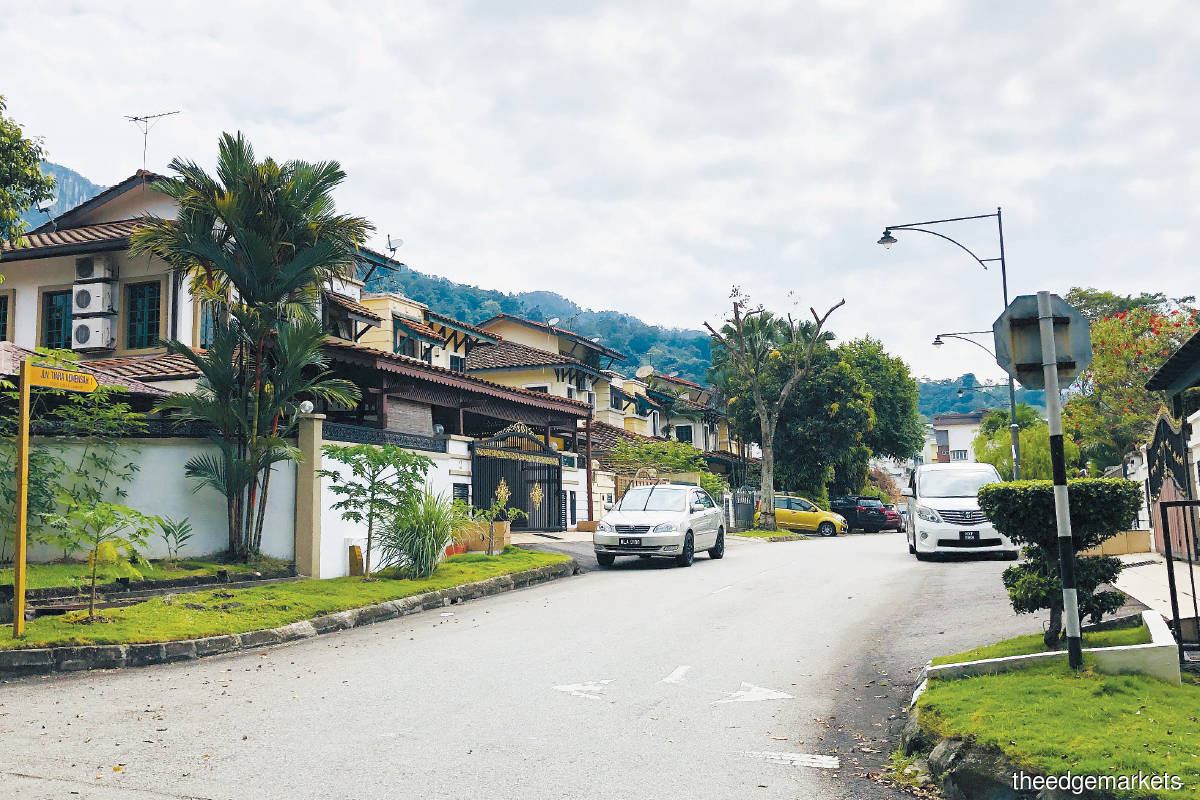 As one takes a leisurely neighbourhood stroll in Kemensah, it is impossible not to admire the beauty of nature in the surrounding area: lush hills enveloped in mist; trees swaying gently in the warm breeze; birds chirping and flying. Sometimes, one can also see monkeys making their way across power lines.

Developed in the 1980s, Kemensah is an exclusive residential enclave located on a small hill with lush greenery and undulating terrain in Ulu Kelang, Gombak. “The area is bordered by the Klang River to the west, Melawati Heights and Taman Zooview to the north, Taman Melawati to the east and Klang Gates Dam to the south,” says PPC International Sdn Bhd managing director Datuk Siders Sittampalam.

According to Metro Homes Realty Bhd executive director See Kok Loong, “Kemensah” is derived from the name of the river that flows through the area.

“The origins of Kemensah started with Kampung Kemensah, an unplanned village with 48 wooden houses occupied mainly by the orang asli — descendants of the earliest-known inhabitants of Peninsular Malaysia — from the nearby Kemensah forest. The village currently comprises more than 100 wooden houses,” explains See.

VPC Alliance (KL) Sdn Bhd managing director James Wong reckons that the greenery, beautiful scenery and tranquillity of the area are the main draw for property developers to build high-end landed residential projects there. These developments have become a natural extension of the exclusive residential areas of Ampang and Ulu Kelang. The 24.4km three-lane dual carriage SUKE Expressway — which runs from Sri Petaling to Ulu Kelang — is due to be fully operational this year.

Nearby transport hubs include the Sri Rampai, Taman Melati, Jelatek and Wangsa Maju LRT stations, all of which are part of the Kelana Jaya Line. According to Wong, Kemensah comprises mainly high-end landed residential properties, with the exception of the Malay kampung houses in Kampung Kemensah. Therefore, the demographics in the area are mainly upper middle- and higher-income families. VPC Alliance’s Wong says the prices of these high-end residential properties in Kemensah have shown an upward trend over the last decade. The price differential of these properties is due to size and design, with some very high-end units equipped with a private swimming pool.

“The bungalows in Kemensah are in demand compared with the other properties in the secondary market. For instance, the 2 and 3-storey bungalows in Twin Palms with transaction prices of RM1.76 million to RM3.55 million are in demand because of their modern design,” he adds. Developments in the area

Meanwhile, Wong notes that an upcoming development in the vicinity is The Hill by Binastra Land Sdn Bhd. “This project will comprise 72 luxury condominium units on a 2.84-acre parcel, and is pending planning approval.”

Wong says Serenity Heights is an abandoned project by Acmar International Group. Located near Kampung Kemensah, it was originally planned to have 90 three- and 4-storey terraced houses, with built-ups of 4,491 to 5,600 sq ft. He adds that a reason the project was abandoned could be that the land is located next to a steep slope and near the Kemensah River.

Wong notes that Kemensah will continue to be popular with those who are looking for a peaceful environment to live in and to upgrade their houses. “Property values in the area are expected to appreciate gradually in the long term, as the residential properties there tend to be high-end developments and owner-occupied. As such, they are non-speculative in nature.”

Siders concurs, and adds that Kemensah comprises low-density landed residential developments and is well served by amenities. As such, the area has good potential for capital appreciation.

Metro Homes’ See also notes that the outlook for Kemensah appears stable. Owing to the limitation of products offered, however, the area will remain an exclusive locality.