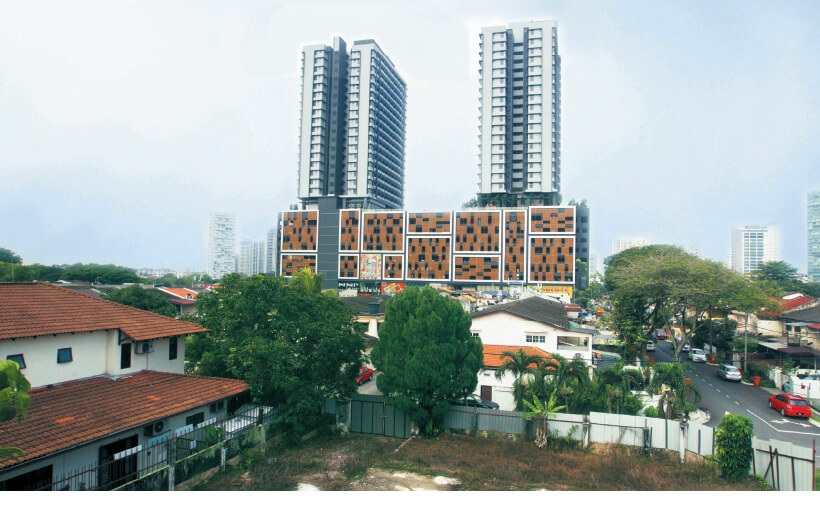 Seventeen Mall & Residences, built on the site of the former Sentosa Cinema, is believed to be the last major development in the area. Pictures By Patrick Goh/The Edge 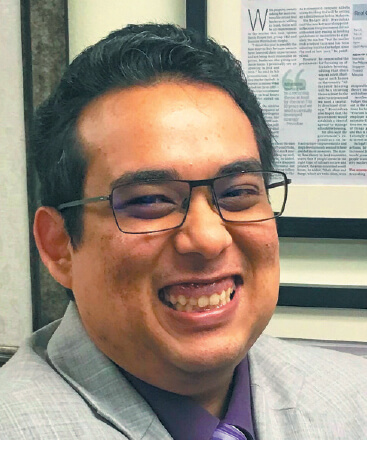 Russo: Property values in the area have appreciated significantly over the years despite the soft market. 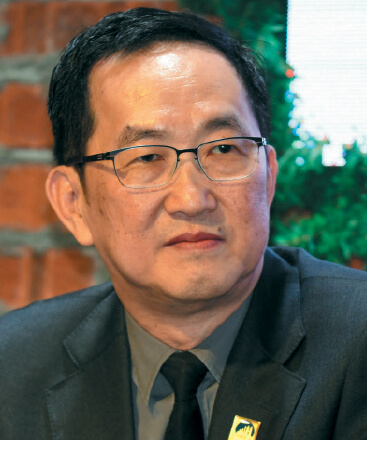 Lim: There over 30 transactions of landed properties in Seksyen 17 last year. 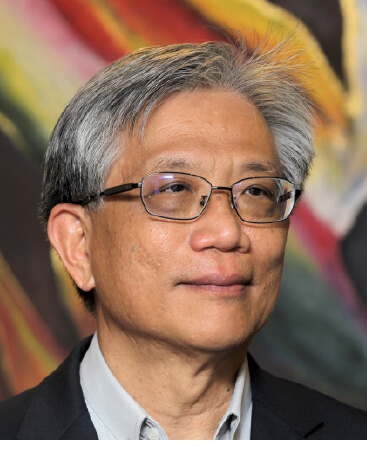 Tang: Seksyen 17 will remain a popular area to live in due to its convenient location and close proximity to urban amenities.

Tiara Damansara (left) and Astana Damansara apartments are located near the MRT station.

Seksyen 17 in Petaling Jaya has many elements of a good residential neighbourhood with a variety of freehold property choices to live in or to to rent out. There are many ways to get around by car and public transport, easy access to shops and services, and plenty of good food,  which the area has been known for over the years.

The property market for the mature residential neighbourhood is established and stable, and mainly comprises 1 and 2-storey link houses, pockets of 2-storey semidees and bungalows, several blocks of walk-up medium-rise flats, apartments and condominiums, and a few clusters of 2-storey shoplots.

Demand comes from owner-occupiers and tenants. Zerin Properties head of residential Dino Russo notes that property values in the area have appreciated significantly over the years despite the soft market. “This is mainly because it is a mature freehold neighbourhood, almost 90% of which comprises residential properties, in a strategic location with limited land for new developments,” he says.

Improved accessibility and connectivity over the years has contributed to surging property prices in the area, he notes. “Moreover, the demand for properties has grown immensely with the growing number of tertiary education institutions, which has drawn families to live there,” he adds.

According to Hartamas Real Estate group managing director Eric Lim, there were over 30 transactions of landed properties in Seksyen 17 last year, “which is not bad for an area that is less than 1.5 sq km”.

He says that generally, the demand in Seksyen 17 has always been healthy.

Due to limited land available, there was no major development  in the area except for Seventeen Mall & Residences (previously known as Biji Living) by the Conlay Group. Property experts believe Seventeen, which was completed early this year, will be the last major project in the area.

The RM300 million freehold development sits on the site of the post-war Sentosa Cinema, which was closed down decades ago. Subsequently, the site was turned into a parking lot and was used by morning and night market traders to operate their businesses. Seventeen offers 425 apartments ranging from 550 to 1,095 sq ft, in studio, 1-bedroom and 3-bedroom layouts, with prices starting at RM447,000 or RM800 psf.

The development also comprises a 2-storey neighbourhood mall, which has Aeon MaxValu Prime as the anchor tenant. The market traders who operated on the site have moved into the new market space on the west side of the development, which comes with a modern refuse system, triple-volume ceiling height for ventilation, covered drainage and properly sectioned stalls.

While Seksyen 17 may not see any more major developments in future, the landscape of neighbouring areas is changing swiftly. “There are no new catalysts to stimulate rapid capital appreciation in Seksyen 17 due to limited available land. Nonetheless, new developments in neighbouring SS2 and Seksyen 13 may help lift property values in the area,” says Henry Butcher Malaysia COO Tang Chee Meng.

Russo believes Seksyen 17 will continue to do well. “The outlook for potential growth in terms of values and rentals is positive, backed by persistent demand from potential home buyers and tenants, and driven by the location, the quiet and established neighbourhood, renovated properties and the fact that it is a freehold housing estate while nearby and neighbouring areas are mostly leasehold in tenure.”

The residential neighbourhood’s strategic location is likely to remain appealing. “Seksyen 17 will remain a popular area to live in due to its convenient location and close proximity to urban amenities,” says Tang.

It enjoys easy access to highways such as SPRINT, the Federal Highway and Lebuhraya Damansara-Puchong. It is also a short drive to the established neighbourhoods of Taman Tun Dr Ismail, Bangsar and Seapark, and close to commercial areas in SS2, Seksyen 13, Seksyen 16 and Seksyen 19.

The area is serviced by buses, taxis as well as the MRT, with the nearest station at Phileo Damansara.

Meanwhile, property consultants think the traffic and road connectivity in Seksyen 17 can be improved.

“Traffic tends to be horrendous during peak hours,” Russo remarks.

“There are currently a lot of potholes and uneven roads,” says Tang. He believes the area requires more community guards and police patrols to deter crime and improve general security.

Meanwhile, Lim hopes more feeder buses to the MRT station can be provided to improve connectivity.

Prices to hold up

The residential market in Seksyen 17 is unlikely to see any drastic growth. However, property values, especially of landed properties, are likely to hold up well given their limited supply, says Russo.

“Landed properties in the area are quite popular among homebuyers due to its proximity to KL city. Besides, it is a freehold housing estate. The scarcity of land makes it attractive for one’s own occupation as well as for investment. In general, the demand and values of landed properties in Seksyen 17 have remained fairly stable,” he says.

According to Henry Butcher’s Tang, prices of 1 and 2-storey terraced houses grew at an average of 4.25% and 3.5% per annum respectively over the past five years. Over the same period, prices of 2-storey semidees grew at an average of 3% per annum. As for bungalows, Tang notes that transacted prices ranged between RM900,000 and RM1.5 million in 2013, and between RM1.7 million and RM2.9 million in 2016 and 2017, depending on the land sizes and built-ups.

Landed and non-landed residential properties in Seksyen 17 are expected to remain popular in the rental market due to their limited supply, strategic yet peaceful location, and abundant amenities such as food stalls, restaurants and launderettes.

The majority of tenants are mid to high-income local families, with a handful of students and young working adults subletting rooms.

“Nevertheless, the student population in Seksyen 17 has decreased and the market is leaning towards the working crowd and rental of houses. Rents have been stable in the area,” Tang says.

He notes that semidees and bungalows can fetch rent of RM3,000 to RM6,000, and intermediate link houses, around RM2,000 and below. Rents for apartments in the area hover around RM1,500 and below.

While there may be a stronger rental demand for landed properties currently, Tang says there is a possibility that this could shift in the future to condos with new developments in the market such as Seventeen. “The more secured environment of a condominium plus the availability of recreational amenities provide an edge over older landed houses,” he says.

In terms of non-landed properties, Tang says units at Tiara Damansara have asking rents of RM1,600 to RM2,350, and at Astana Damansara, RM1,400 to RM2,700. “Both condominiums are popular rental properties.”

The current rental market in Seksyen 17 caters for the working crowd as there are fewer students since UTAR College and KDU College moved from neighbouring Seksyen 13, Tang observes.

According to Russo, Happy Apartment and Happy Mansion are some of the best-yielding properties in the area, with yields of 3% to 4%.

From local hawker favourites to international cuisine, food outlets are plentiful in Seksyen 17, which has several clusters of commercial areas. In terms of value, Lim says, in general, shops in the are have appreciated to RM600 psf from around RM400 psf five years ago.

The main commercial square at Jalan 17/27 and Jalan 17/29, also known as the Sentosa Market area and where Seventeen Mall & Residence is located, is usually chock-a-block with traffic and pedestrians. The area has several hawker centres, local businesses, services and sundry shops.

Henry Butcher’s Tang notes that first-floor shops at the Sentosa Market area, with built-ups of 1,870 to 2,250 sq ft, can fetch about RM2,500 per month in rent.

“The commercial units at Happy Mansion are rarely put on the market as most are occupied by popular eateries that have been around for years. In general, the ground-floor shops fetch about RM6,000 to RM9,000 a month,” says Russo.

Other commercial areas in Seksyen 17 are in Jalan 17/45 (with popular eateries such as Kanna Curry House and Strangers at 47), Jalan 17/10 (Grub by Ahong & Friends and Tujoh Café), and Jalan 17/54 (Bistro à Table, Uroko Japanese cuisine and Don’s Diner).

Meanwhile, more commercial premises could be coming up in neighbouring Seksyen 13 as mature industrial properties are redeveloped.