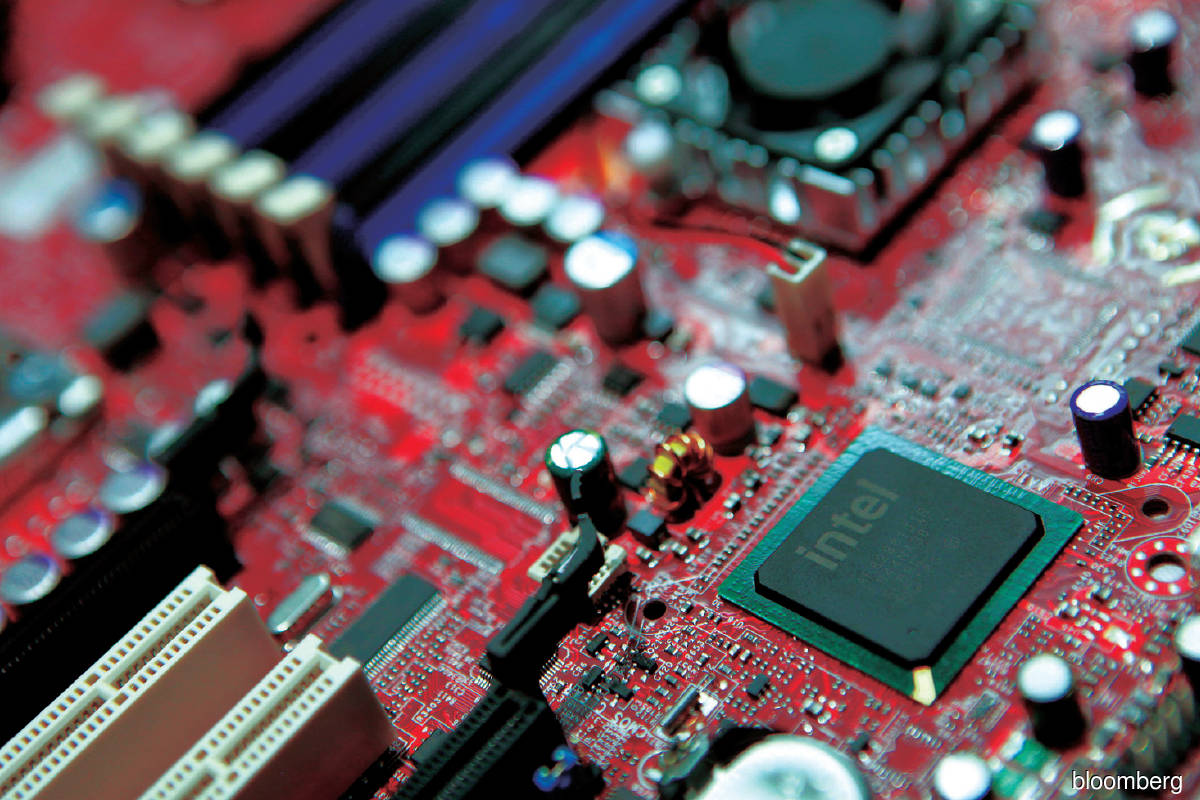 Although the chipmaking giants such as Intel are doing all they can to alleviate the worldwide chip shortage, tight supplies are expected to continue at least until next year

CAR manufacturers have been grappling with a global semiconductor shortage since early this year, which has led to production cuts and staff layoffs.

Chips used in vehicles are in short supply as semiconductor manufacturers have allocated more capacity to meet the soaring demand from makers of consumer electronics.

A fire in Japan and drought in Taiwan have exacerbated matters.

On March 19, a fire broke out at a factory owned by Renesas Electronics Corp in Hitachinaka, Ibaraki Prefecture, north of Tokyo, damaging 23 machines used in chip production. The unfortunate incident has compounded the chip shortage as the Tokyo-based company commands nearly a third of the global market share for microcontroller chips used in cars, and is the world’s second largest manufacturer of automotive chips after Dutch-based NXP Semiconductors NV.

Although Renesas said earlier this month that it planned to restore lost production capacity at its fire-damaged plant by end-May, the production halt at its factory has dealt a huge blow to automakers already struggling with the scarcity of chips.

According to news reports, Nissan Motor Co Ltd and Honda Motor Co Ltd were forced to cut production, notwithstanding an uptick in auto demand following a pandemic slump.

With the industry yet to digest that blow, another crisis has emerged. This time in Taiwan, where reservoirs are running dry as the island experiences its worst drought in 56 years. "Semiconductors are the foundation for almost every economic activity.” — Wong (Photo by Suhaimi Yusuf/The Edge)

The water shortage is expected to deepen an already acute global semiconductor shortage, given the fact that Taiwan is home to some of the world’s biggest and most advanced high-tech foundries, which are extremely water-intensive.

According to AFP, foundries in Taiwan are already running at full capacity trying to meet demand. But the sudden lack of rain is making a bad situation worse for a manufacturing process that uses billions of gallons of water a year to stave off contamination of its products.

Although the chipmaking giants — Intel Corp, Samsung Electronics Co Ltd and Taiwan Semiconductor Manufacturing Co Ltd (TSMC) — are doing all they can to alleviate the worldwide chip shortage, tight supplies are expected to continue at least until next year.

On April 1, the world’s largest contract chipmaker TSMC announced it would spend US$100 billion over the next three years to expand its chip fabrication capacity. A month earlier, its US rival Intel Corp announced it would plough US$20 billion into two new factories in Arizona, in an attempt to break into the foundry business and make chips for other companies.

Not to be outdone, South Korea-based Samsung Electronics is reportedly spending in excess of US$100 billion over a decade to expand its semiconductor business.

“The new capacities will easily take another couple of years to come on stream. This is the situation we are in today. Everybody has to be agile and be able to adapt to the supply chain, which is quite disruptive at the moment,” he tells The Edge.

The electronics industry veteran, who has nearly 30 years of experience in semiconductor manufacturing, admits that he has never seen a global chip crunch quite like this before. “This is the first time we have seen such a major, severe disruption. It is indeed a very challenging task for the industry to manage the supply chain and inventory.”

Wong spent 27 years at Intel, managing and leading its global assembly and test factories until his retirement in 2004. He is currently an independent and non-executive director of Greatech Technology Bhd, a factory automation solutions provider listed on the Main Market of Bursa Malaysia.

He observes that following the Covid-19 outbreak, new demand for semiconductor chips was created because of the trend of working from home and working remotely — something industry players had not anticipated. “Nobody saw the chip shortage coming. Everyone thought that with the pandemic, things would slow down and demand would just go away.”

Likewise, in the automotive sector, carmakers thought that the demand for vehicles would dip because of the pandemic. Their chip orders were reduced or cancelled, and as a result, the semiconductor fabrication plants and foundries — commonly known as fabs — took on orders from sectors where demand was surging, including personal computers (PCs), video games, 5G and cloud computing.

“But none of us expected to see the demand for cars. People were still buying cars. So, when the automotive firms decided to switch back on and tried to make orders, they were told that the fabs didn’t have sufficient capacity anymore,” Wong explains.

On the current tech rally, he says it is all about stock market interpretation. “I don’t want to comment too much on stock valuations. But if we look at the old ways of analysing companies, obviously, most of these tech stocks never reached a PER (price-earnings ratio) of more than 100 times. So, I guess, for a traditional investor, this is considered overpriced.”

Nevertheless, from a business perspective, semiconductors are the foundation for almost every economic activity, he points out. “5G, electric vehicles, green technology, artificial intelligence and the Internet of Things will drive the demand for technology and, hence, semiconductors.

“I remain optimistic that there will be growth in the semiconductor sector. If not, I don’t think the three giants [TSMC, Intel and Samsung] will pour in billions for fab capacity expansion.”

Wong says the old technology will be replaced by new technology and that the way people consume data has changed significantly over the years. “In short, I think the current tech rally is different from the dotcom bubble. Today, everyone is adopting technology. This time around, we are closer to reality than we were two decades ago.”