Cover Story: Moving beyond its shores to stay competitive 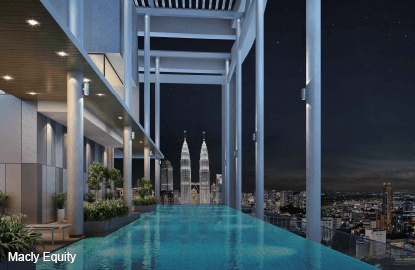 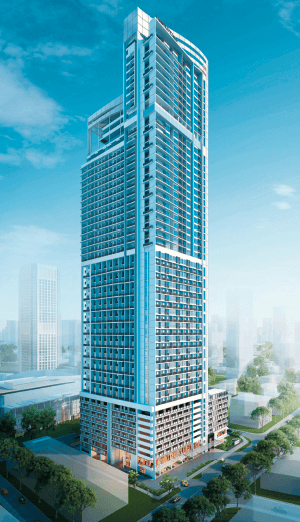 IT is never easy moving out of one’s comfort zone, but Singapore developers Macly Group  and Roxy-Pacific Holdings Ltd see taking that risk as a natural progression in expanding their business.

Both Macly managing director Herman Chang and Roxy-Pacific executive chairman Teo Hong Lim have established themselves as bone fide developers in Singapore over the years, and as such come with the experience and resources to develop quality products. They hope to replicate their success here in Malaysia.

Macly Group was founded by Chang and started developing projects in 1987. To date, it has built, commercial high-rise and cluster housing projects. From 2008 to 2014, the total gross development value (GDV) of its projects amounted to S$1.041 billion. The group also owns and operates hotels under the brand Lloyd’s Inn.

Roxy-Pacific Holdings was established in 1967 and was listed on the Singapore Stock Exchange on March 12, 2008. It has developed residential and commercial properties and is the owner of Grand Mercure Roxy Hotel and other investment projects. Between 2004 and 2014, it completed and launched projects with a total GDV of S$2.184 billion.

Together, the two developers formed joint-venture company Macly Equity Sdn Bhd in 2013 to develop their maiden project in Kuala Lumpur, called The Colony. The 1.4-acre project will be situated right next to Quill City Mall. There is already construction activity on the freehold plot, which was purchased in 2012 for RM90 million.

Teo says they are laying the foundations of the project first in order to build public confidence that they will deliver the project on time and as promised. Being new in town, he believes this is important to establish their reputation, especially since they view Kuala Lumpur as an important market.

“KL is one of the key markets we want to expand to,” says Teo. “Because Singapore is quite dry right now. After making all the money in Singapore, we need to establish a second market.”

The Colony, according to Chang, is the brand name of the project, which is used for marketing purposes. But the actual name of the structure being built is Wisma Infinitum.

Both gentlemen believe their RM800 million project will appeal to homebuyers and investors alike, thanks to its neighbour Quill City Mall. But Chang highlights two more reasons The Colony is an attractive proposition. It is an eight-minute walk to the Medan Tuanku monorail station, which is linked to major areas in the city centre as well as Kuala Lumpur Sentral, and close to the retail strip of Jalan Bukit Bintang.

Chang and Teo also recognise that smaller sized units in city centres are currently in demand simply because of the price factor. With this in mind and their experience in building small yet liveable units, The Colony will offer 723 compact dual-key small offices/home offices units that will offer buyers various options for how they wish to use their unit. Chang says a homeowner can live in one side of the unit and rent out the other side for passive income. Or the space can be used as an office.

The units will be spread across two towers. Tower A is 35 storeys with 423 units, while Tower B will be 43 storeys with 300 units. The built-ups will range from 675 sq ft to 1,180 sq ft. The facilities include a swimming pool that looks out toward the Petronas Twin Towers, an outdoor dining area with barbecue, a residents lounge and a gym.

Tower A will be launched first sometime in September, while Tower B will be launched at a later date. The target market is investors and young working adults in their 30s who do not have a family yet and like living in the city.

“We compare ourselves to other developments in KLCC [Kuala Lumpur city centre], and we find ours is the most compact in size,” says Chang. “We are compacting the size of the units to achieve higher per sq ft yield. That means we are making your per sq ft work harder for you on two fronts. One, because it is an efficient design and very useable. Two, it is dual key.  And yet for the selling price, we have done a study, and I think we have the most competitive pricing in the KLCC area.”

Designing small units is not new to Chang as he was among the first to do so in Singapore.

“I am one of the pioneers of the shoebox apartment in Singapore. So I am used to designing compact spaces,” he says.

The shoebox concept featured in Macly Group’s Mackenzie 138 project, which offered 35 apartments in Mackenzie Road, Singapore. According to Chang, the smallest unit’s built-up is 409 sq ft, while the average built-up in the project is 450 sq ft. The Singapore government defines a shoebox unit as one that is below 500 sq ft. Incidentally, the project was sold out within a month in 2004.

The Colony units have bathrooms in both dual-key spaces and there is a washing machine niche, Chang says. They also come with kitchen cabinets, hob and hood, sink and tap, bathroom fittings, water heater and air-conditioning units.

To facilitate buyer needs, the developer is offering two packages for sale. The first is the semi-furnished package in which curtains and lights will be done for the buyer, leaving them with the option to buy their own loose furniture. The second option is the fully furnished fit out package in which everything is done for the buyer, including buying the loose furniture, making the unit move-in ready. The prices of the packages will range from around RM50,000 to RM100,000

While the project looks promising, it does come at a challenging time. According to research consultancy DTZ’s Property Times Kuala Lumpur 2Q2015 report, smaller-sized apartments with built-ups of less than 1,000 sq ft are expected to do better than those with a larger built-up due to budget constraints, but there is a large supply of small unit apartment projects in the pipeline that is expected to moderate demand. So, how will The Colony  compete in such a market?

“There is differentiation in The Colony — it has compact and dual-key units,” Teo explains. “If we are working on the same regular product as a local developer, it is not easy for us to compete in the market. It is a calculated risk [with our design] because we don’t want to be foolish and do something very crazy that the local market cannot take. So based on our judgement, our product does have its differentiation. It is not purely on price. Price cannot be the only factor.”

Besides the substantial residential offering, The Colony also has a retail component over three levels. There are 31 lots with a net lettable area of 36,000 sq ft. There are no plans to sell the lots, although details of what will be in the space are still under discussion. Chang and Teo are considering the possibility of finding a management company to manage the retail area.

While it seems strange to provide retail lots when The Colony is situated right next to Quill City Mall, Chang says the retailers in The Colony will complement rather than compete against the huge shopping centre. 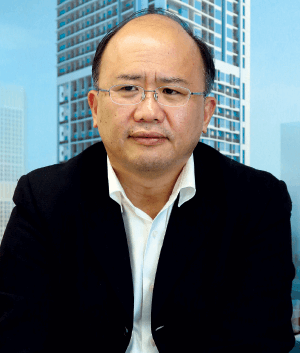 The Colony is Chang and Teo’s first project together in Malaysia, but they have forged a strong partnership over the years. Their individual companies have operated successfully over the years and they would have been happy to continue on their merry way if not for the 2007 Lehman Brothers’ collapse that brought them together.

“We didn’t get hit badly [then] but we thought that post-Lehman, we had to reinvent ourselves … A few of us developers said we should sometimes join forces and work together, share our ideas, to reinvent the wheel, and at the same time pool our resources,” Teo explains. “So it was a natural progression that brought a few developers like us to the next stage.”

The partnership has so far been a pleasant experience for both parties.

“In a partnership you need to enjoy the journey together, rather than you ‘guard’ against your partner. I think this is very important because we both believe in working hard, don’t be ‘funny’ with each other or take advantage of each other. So it is very enjoyable working together,” says Chang, who trained as a civil engineer.

The first project they worked on together was Haig 162 on Haig Road in Singapore. This 16-storey high-rise offered 99 units. 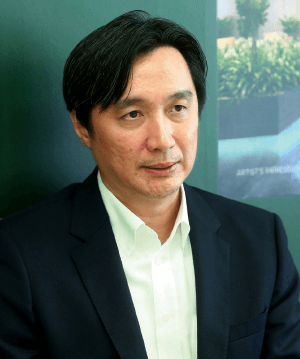 “It was a good collaboration; we sold 99% of the units in a few hours,” recalls Teo with a smile. He is a chartered accountant by training.

To ensure that both parties continue to remain happy working together, they have structured their joint-venture companies a little differently from the usual 51:49 ratio. For example, for Macly Equity Sdn Bhd, Macly Group holds 48%, Roxy-Pacific, 47% and a friendly real estate third party familiar with the two gentlemen the remaining 5%. This tripartite structure was instituted to ensure that no one would lose out in the end.

“In a structure of 51:49, nobody is thinking,” Chang says. “The company with 51% will say, ‘I’m dominating’, I don’t want to think, because I will sure win any matter.’ The 49% will say, ‘I will sure lose, so I don’t want to think, since you have 51%, you do the thinking.’ In the end, nobody is thinking. So our joint venture is always like this, two dominant parties and then an in-between party, a real estate person who can potentially mediate if the need arises.”

So far, they have not had to utilise this mediation function as they have been able to iron out any issues amicably. Teo also highlights that this agreement protects both parties in case something happens to either one.

“We could be very good friends and we proceed along that line, but what happens if something happens to me and somebody takes over and starts to be unreasonable?” Teo explains. “At least the common party in between us are reasonable people and mutual friends who will take the side of the guy that is working for the good of the company. We don’t want to end up with a deadlock.”

As both Chang and Teo work at establishing themselves in Kuala Lumpur, they are also looking forward to working together on another JV project in Malaysia, this time in Balakong. Plans are still being finalised but the six-acre plot is looking to have a mixed-use layout with residential and commercial components.

While the two partners continue their fine relationship, they also have individual projects that their respective companies are embarking on. With a keen focus on doing a good job and not getting into any “funny business”, this partnership may very well be a long and fruitful one.

This article first appeared in Property, digitaledgeWeekly, on August 10 - 16, 2015.