Cover Story: MCT gears up for next growth cycle 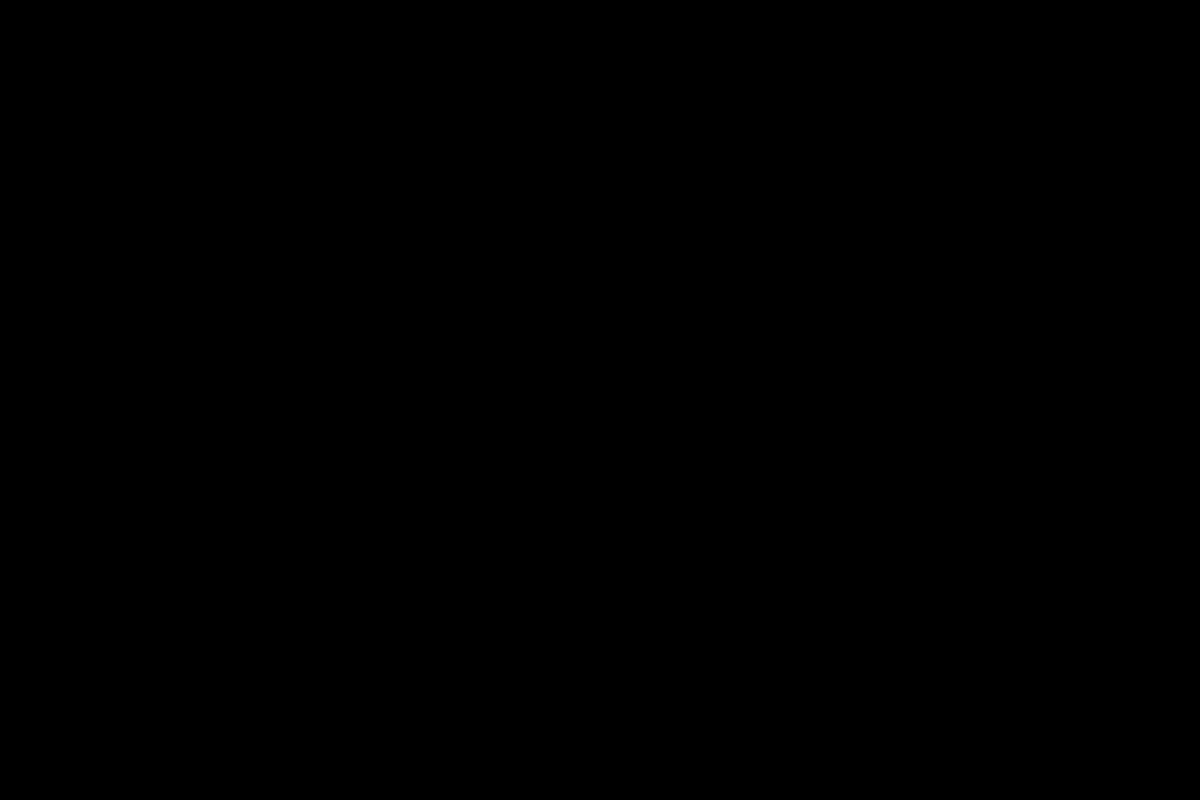 As the Covid-19 pandemic continues to hammer away at businesses and economies after more than two years since its outbreak, MCT Bhd is taking the opportunity to turn things around by taking swift action for a successful restructuring.

“2019 was a key year for MCT. The new management team had just come on board. We set a new business direction and business model and were all geared up for the change. However, with the lockdown in 2020 and the market being not so vibrant, we could not do much,” MCT CEO Teh Heng Chong tells City & Country.

“But it gave us more time to prepare ourselves internally — such as establishing our Covid SOPs (standard operating procedures), looking at our internal restructuring and replanning the use of our resources — for the next growth cycle.

“Today, although we have yet to change the name of the company, we are a different animal internally. We are all different from before, with a very clear business direction and target.”

Having started out as a construction firm in 1999, MCT was listed on Bursa Malaysia in 2015, with prominent projects in Cyberjaya and Subang Jaya. Its outstanding achievements of the previous two decades attracted Philippine-based property giant Ayala Land Inc to make its first investment in Malaysia by taking up a private placement at MCT’s initial public offering.

The strong growth potential of MCT prompted Ayala Land to increase its shareholding in the company. In February 2018, it raised its stake to 72.3% after making a mandatory general offer for the remaining shares of the company. This officially made MCT a subsidiary of Ayala Land. Ayala Land, one of the largest property developers in Southeast Asia, and MCT have been collaborating to create synergistic opportunities for both organisations and to accelerate their presence in the Malaysian property market.

“The headquarters [in the Philippines] was looking at how to further grow MCT in a sustainable way. To do that, the first step was to change the business model,” says Teh.

“[Before that,] MCT was more like a contractor — we planned, designed and built. The business model limited us from doing more projects due to our limited resources. Therefore, to unlock MCT’s potential, we needed to be more like a developer and less like a contractor.”

The strategy was to reposition and restructure MCT as the brain behind all its projects by outsourcing the other works — design, construction and consultancy — to the right partners.

“It has been a challenging journey but we are progressing quite well. The [company] structure is now more like that of a developer. The design, construction and consultancy for all of our new projects have been outsourced, and we are focusing on managing these parties, like a project manager. This new role allows us to do more projects at the same time,” he says.

In December 2020, the “new” MCT officially launched its first upmarket condominium project called Aetas Damansara in Tropicana in Petaling Jaya, Selangor. The niche project has achieved a take-up rate of 61% slightly more than a year after the launch despite the challenging property market conditions amid the pandemic.

“We knew the project would take off. But to be certain, we did an in-depth market survey prior to the launch. We also had several small presentation sessions with potential buyers. As we expected, many buyers were eager to put down their booking fee after the presentation simply because this project ticked all the boxes on their checklist of a dream property,” says MCT director of sales and marketing Chee Kok Keong. The units at Aetas Damansara will have open living spaces and dining areas of between 7m and 7.6m wide, an expansive scenic balcony, a multifunctional serving kitchen, as well as laminated glass in bedrooms for increased safety and reduced noise transmission.

In addition, some of the units are designed to provide multigenerational living, with a wheelchair-friendly bathroom and spacious bedroom to ensure the comfort of senior citizens. The units facing west will have a view of the Tropicana Golf & Country Resort, while those facing east will have a view of Kuala Lumpur city centre and Petaling Jaya.

“Aetas is targeting a niche market. The buyers are from the surrounding areas — Tropicana, Petaling Jaya and Damansara — who are either living in a bungalow nearby and looking to buy a property for their second generation, or are residents of other high-end condominiums nearby looking to move to a newer project in the vicinity,” says Chee.

When asked what was the biggest challenge in launching Aetas Damansara during the pandemic, Chee says it was designing the project against the benchmark of a luxury bungalow.

“The challenge [to market this project] is that we can’t let our buyers see Aetas Damansara as a downgrade buy. We have all their concerns addressed even before they arise,” he adds.

“For example, most of our units face west because we want to maximise the spectacular view of the Tropicana golf course for our residents. To address the evening sun issue, all of our units come with motorised solar protection blinds installed at the balcony, as well as low-E glass windows to reduce solar heat transmission.”

Other special features include having centralised UV-filtered water and hot water storage solutions for the bathrooms, an instant water heater in the kitchen, floor-to-ceiling glass windows in the private lift lobby area for natural sunlight and better ventilation, a powder room in the private lift lobby so that residents can disinfect themselves before stepping into their homes and a private storage space for bicycles and golf club sets, as well as electric vehicle charging points, in the parking bays.

“We have even prepared dedicated wall plugs for the maid to do ironing and to charge the Dyson vacuum.” Chee smiles. “We are trying to maintain their lifestyle as if they are still living in a bungalow. The only difference is that our unit is a sky bungalow, which has an even stronger security system.”

“Aetas Damansara is our first development after the restructuring. It is also our first high-end development. We have to make this project a success to prove the ability of MCT,” says MCT chief operating officer (COO) Apollo Bello Tanco.

“We are quite happy with the 61% take-up. In fact, we haven’t put in 100% effort in our sales and marketing yet due to the lockdown. We expect a certain percentage of the units to be taken by foreigners. Hopefully, with international borders finally reopened, we will be able to introduce this project overseas, including in the Philippines, the HQ of MCT.”

Tanco was appointed COO of MCT in March 2019. As assistant vice-president at Ayala Land, he brings a wealth of experience in strategic management.

“We plan to have roadshows in the Philippines for Aetas despite Malaysia not being a property investment destination for the Filipinos right now. We normally go to Singapore and other neighbouring countries,” he says.

“However, Malaysia has very good projects in terms of quality, pricing and investment value. We can’t wait to introduce these and educate them on the potential of Malaysia.” Taking up 5.6 acres of freehold land in the 88-acre Metropark township development in Subang Jaya, Phase 1 of Alira will have 467 high-rise apartments with built-ups of 695 to 998 sq ft. The selling price starts from RM493,800.

“Alira hit 50% take-up within two months of its official launch at the end of last year. We launched the project during a not-so-good time as traditionally, the market is quieter at year end and early in the year due to the festive season. Also, our pre-registration for Alira was interrupted by the Movement Control Order in June last year,” says Chee.

Alira also offers practical common facilities such as an exclusive co-working space in the lobby area for residents, as well as an open space and green area designed with social distancing in mind.

“When you buy into a stratified project, you only get to control the design of your unit area. You don’t have much say on how the common areas are planned or used,” he observes.

“As a developer, we are actually the creator. The purchasers rely on how skilful the developer is in planning the common areas. That is why we always push our design and planning team to fully utilise the common space, so that our purchasers will truly enjoy and make use of it now and in the future.”

“There are a few reasons for this. One of them is the restructuring and restrategising of our business plan and direction. Moving forward, we will continue to accumulate land bank around the Klang Valley, focusing on products that the market wants,” says Teh.

He adds that MCT used to focus on certain locations, which the board thought was rather risky, as it was like putting all of one’s eggs in the same basket.

“MCT has about 200 acres right now, which are mostly located in Cyberjaya and Dengkil. It was the founder’s strategy, but we feel the location risk is high and our target market is limited.

“That is why our key strategy now is to expand our footprint to other areas of the Klang Valley. Aetas is our first project away from our Cybersouth township, and Alira is the second. This year, we will continue to source for more land bank as well as launch projects that the market wants.”

MCT is planning to launch two projects this year — USJ Citypoint in Subang Jaya and Casa Embun in Cybersouth. The projects have a combined GDV of almost RM950 million.

As part of the Cybersouth township, Casa Embun is a serviced apartment project that will comprise 987 units and 16 shoplots. The estimated selling price is from RM380,000. MCT plans to officially launch the development in August.

USJ Citypoint is also a serviced apartment project. To be launched in June, it will have 823 residential units and eight retail shops. The selling price is estimated to be upwards of RM635,000.

“The projects we launch are not all in the same location anymore. We spread them across various locations to lower our risk and widen our market. We will continue to do so while replenishing our land bank in different locations,” says Teh.

“Last year, we did a lot of market studies and we are currently in talks with some landowners and potential partners. Hopefully, we will be able to announce some good news this year,” he smiles.

When asked about its focal market, Teh says affordable residential property will continue to be the bread and butter of MCT.

“Aetas is our first ever high-end development. But we did not decide on the product range just because we wanted a high-end development, it was decided by the location. Tropicana is an upscale property market and there is demand for such a development, hence we launched Aetas. We want MCT to be seen as a capable developer that is able to provide a whole spectrum [of products],” he adds.

On the outlook for the property market, Teh says he is confident of Malaysia’s potential despite the ongoing pandemic.

“Many countries’ borders are reopening despite the new variants of Covid-19, [including Malaysia]. Hopefully, the general election will go smoothly this year and get the country back to stability. It will give more confidence to foreign investors [to invest here]. Malaysia has a lot of potential and has always been shortlisted as one of the countries for investments. I believe we will see more project launches this year. The overall property market should be more vibrant this year too.”

Meanwhile, MCT is ready for the next growth cycle with support from Ayala Land.

“Yes, we are ambitious but sustainable growth is more important. That is why we spent the past two years restructuring our business model and direction, as well as building a strong foundation and brand,” says Teh.