Cover Story: Look at the fine print, reputation of developers 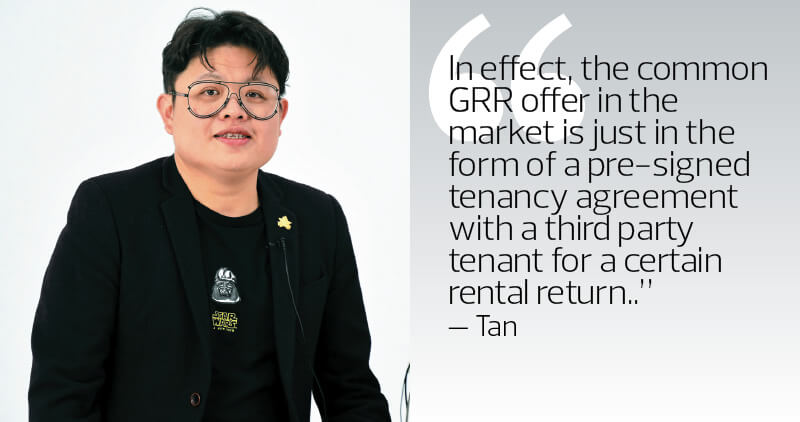 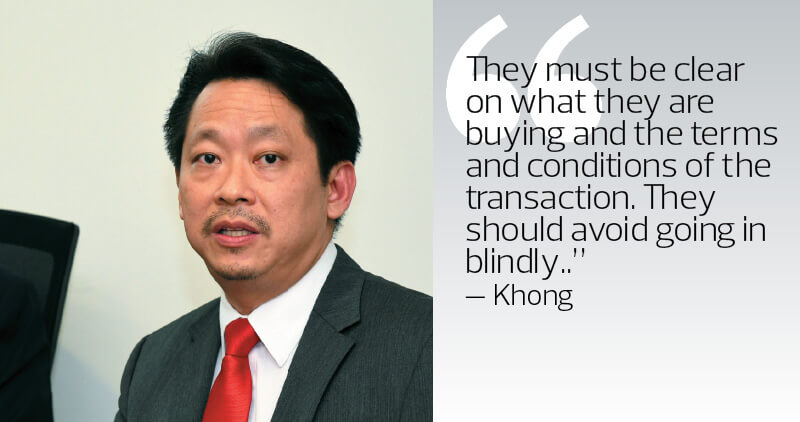 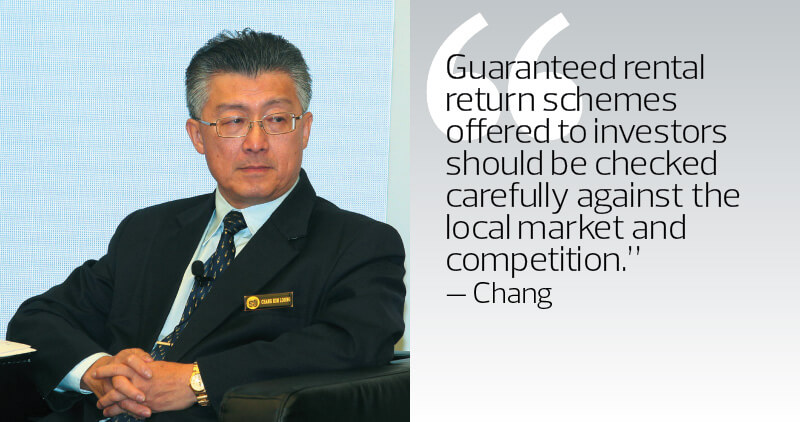 Some properties that offer these arrangements have been successfully implemented, with rental income paid on time to buyers. However, others just don’t quite cut it.

It is a legal contract carved out between the buyers and developer on the rental of the completed units, based on a percentage of the sales price, for a specified period. The developer will then take possession of these units for the agreed period.

“It removes a buyer’s initial headache of getting tenants when a project is completed and the developer undertakes to fix this problem. It attracts buyers who are usually foreigners, and, possibly, locals from other states,” he tells City & Country.

In general, local GRR schemes offer returns of 8% to 12% per annum for a contracted period. In a nutshell, buyers can get rental income once their units are ready without having to go through the hassle looking for tenants themselves.

Some refer to these plans as leaseback, buy-to-let, cash back or own-for-free. It sounds attractive to those looking at investing in property but who do not want to manage their investments themselves. For some developments, GRR is compulsory, especially properties used for hospitality purposes.

Chur Associates managing partner Chris Tan notes that GRR is a commercial rather than a legal concept.

“Legally, a guarantee is strictly a third party’s undertaking to honour certain obligations in the event that the contracting party fails to honour its principal obligations,” he explains. “In effect, the common GRR offer in the market is just in the form of a pre-signed tenancy agreement with a third party tenant for a certain rental return.”

National House Buyers Association (HBA) secretary-general Chang Kim Loong says GRR schemes are not governed by the Housing Development (Control and Licensing) Act, even though the sale and purchase agreement (SPA) is covered by the Act.

It means if there is any legal action, it will be brought before the civil court. Another avenue is the Tribunal for Consumer Claims, where the total amount that can be claimed is capped at RM25,000.

“As to who is liable for the case (developer or management firm), it depends on the contract signed between the two covenanting parties. Was it signed by the developer or with the marketing firm or third party?” Chang explains.

As good as it sounds, Khong notes that GRR schemes are factored into the purchase price of the units. For projects in prime locations, developers will try to secure well-known operators, such as Best Western or Frasers, and operate the units as proper serviced apartments.

“This sort of arrangement is possible and viable, especially if the projects are in good locations and within city centre areas,” he says. For normal residential projects or those located in a residential precinct, such schemes may not be financially viable as there is limited demand for such offerings. “In such cases, the rental scheme may really be just a financial arrangement where the developers price in future rents up front,” he adds.

Purchasers need to look at a developer’s reputation and branding when they invest in such schemes, Khong says.

“They must be clear on what they are buying and the terms and conditions of the transaction. They should avoid going in blindly. The principle of caveat emptor (let the buyer beware) must always be adopted. Usually, all transactions are well written in the contract documents and clearly spelt out but may not be well read and properly understood due to the legal jargon ... and no further questions asked. In the law of commercial transactions, the buyer is purchasing at his own risk, especially in the absence of any express warranties in the contract.”

There is also no open data tracking the performance of the GRR schemes, Tan says. It would be challenging to get good rents in the current market and thus, there will be pressure on such plans.

“Whether legal action is worthwhile or not, it should be assessed on a case-by-case basis. In any event, common sense in negotiations should prevail,” he says. “Other than court proceedings, buyers can go for negotiation for a win-win settlement.”

Earlier, CBRE|WTW managing director Foo Gee Jen had reportedly advised buyers to be cautious when going for properties packaged with GRR schemes as not all developers that offer these arrangements have expertise in property and rental management. Apart from that, there are many uncertainties on the expected returns after the scheme ends.

He said that in normal cases, developers would prefer to move on to another project after they have completed one with good workmanship that fulfils the owners’ expectations rather than staying on for rental management, which is not their forte.

Also, there is no certainty on returns after the initial scheme ends as there is no guarantee that all the individual owners will continue to participate in it.

A background check on the reputation and financial status of the developer is important before committing to a GRR property, he cautions. Prospective investors also need to check the location of the property and have a back-up plan.

Khong notes that the implementation of the schemes will depend largely on the financial capacity of the developer, company or special-purpose vehicle guaranteeing the scheme; the availability of an insurance or underwriting scheme to fully guarantee the rental payments in the event of a default; and the branding and reputation of the developer. The guarantee is only as good as the financial strength of the company offering it.

He urges buyers to consider several matters before committing to properties with GRR scheme.

Chang explains that the terms and conditions in GRR agreements are not regulated by law, and inexperienced investors may not understand the fine print that often favours the guarantors.

“GRRs offered to investors should be checked carefully against the local market and competition. A simple survey within the location will give investors a fair idea of the state of the local market,” he advises.