Cover Story: Getting payments to pay off 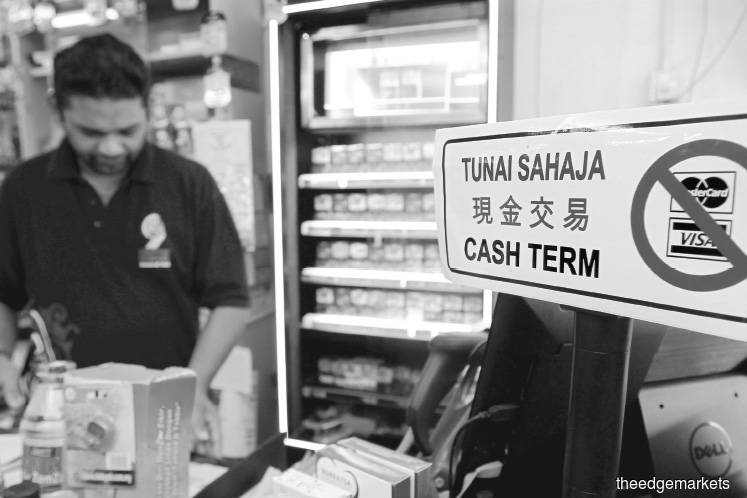 PAYMENT infrastructure is not cheap to build and in most parts of the world, a relatively steep price is paid to use such infrastructure.

But fintech companies like Alipay and WeChat have turned the system on its head. They charge very little for transactions and next to nothing for fund transfers, making it an incredibly attractive value proposition for merchants and users.

The question is, how do they make money and how is this business model sustainable?

“A key advantage of e-wallets is the low cost. You can make payments and transfer money at much cheaper rates than in conventional payment systems,” explains Gunther Zhen, the founder and CEO of iPayLinks Financial Information Service (Shanghai) Co Ltd.

For China, this is certainly the case. While incumbent payment systems that rely on Visa, Mastercard and UnionPay charge merchants an estimated 2.5% to 3% MDR (merchant discount rate), new rivals like Alipay charge between 0.7% and 1.2%.

This is simply because infrastructure for digital payments is incredibly cheap to deploy. Conventional payment systems require sophisticated payment terminals that need to be certified. In contrast, merchants that want to use Alipay or WeChat Pay only need a smart device and an internet connection.

In fact, in the absence of either, merchants may print QR (quick response) codes for the most basic transactions. The purchaser, of course, needs a smartphone connected to the internet.

On top of being cheap, such payment terminals, which are common in China, can be deployed almost effortlessly, allowing digital wallets to go to scale very quickly.

In Malaysia, however, the landscape could be different as the current MDRs are already quite low. Bank Negara Malaysia’s Payment Card Reform Framework has slashed the MDR on debit and credit cards since July 2015 when it took effect.

Today, domestic debit cards have an MDR of only 0.56% while for international debit cards, it is 0.96%. Credit cards are still relatively expensive with an MDR of 1.35%, but that is expected to drop drastically by 2021 when Bank Negara will cap interchange fees (the largest component of MDR) at 0.48% — less than half the 1.1% ceiling imposed today.

That said, cutting the MDR is unlikely to be an important tool for e-wallet providers to gain market share.

Innovation is the key

The big difference about fintech payment is that it does not rely entirely on making easy money by taking a cut of transactions. The real value in a digital wallet is the data and resources that come with scale.

Just look at Touch ’n Go Sdn Bhd, which booked RM15.3 million of interest income in 2015 on RM429.3 million worth of deposits in card balances. And this is merely from the relatively small balance in each card.

Tan Nyat Chuan, director of Bank Negara’s payment systems policy department, tells The Edge that e-wallets may hold as much as RM1,500. And if the operator meets prudential requirements, that limit may be raised.

Assuming a similar take-up rate as for credit cards, 10 million e-wallets with an average balance of RM500 would amount to a whopping RM5 billion cash. Of course, it would be placed in a trustee account but the interest income could be huge.

But this is just low-hanging fruit.

IPayLinks’ Zhen believes the real potential of digital wallets lies in the superior user experience, coupled with new products and services. For example, marketing products through e-commerce platforms or even driving traffic to physical retail shops.

Danny Leong, group CEO of GHL Systems Bhd, explains, “With the Alipay app (on a GPS-enabled smartphone), users can see all the nearby shops that accept it. In fact, they can go one step further to attract customers — merchants promote themselves by offering discounts and freebies to draw Alipay users.”

In June this year, GHL tied up with Alipay to become a merchant acquirer for the company.

According to Zhen, another major revenue stream for digital wallet operators is digital financial services. “E-wallets have lots of data on consumer behaviour, data that banks do not have. It can be analysed to build detailed credit profiles on users to provide them with the appropriate lending products,” he says. This could range from micro-lending to the facilitation of peer-to-peer lending, thus tapping potential borrowers that conventional banks would not have had access to.

Another area that has seen tremendous success is wealth management.

“Not all banking services are vulnerable to disruption by fintech. The more vulnerable ones are peer-to-peer payments, remittances and wealth management. Of these three, wealth management is the most vulnerable,” says Lum Chee Onn, executive director and country head of technology and operations at United Overseas Bank (M) Bhd.

Alipay creation, Yu’E Bao, is one of China’s most popular internet-based funds. It had amassed RMB1.43 trillion as at end-June. By comparison, Bank of China, one of the four major commercial banks in the country, had total deposits of RMB1.6 trillion as at end-2016.

Owned by Alibaba affiliate Ant Financial, Yu’E Bao has drawn some 325 million Chinese investors — almost the entire US population — since its launch about four years ago as it offers higher returns than bank deposits.

Conventional payment players can be likened to toll operators — collecting revenue from decades-old infrastructure. It is easy money where there are few traffic alternatives.

But for fintech players, the target is not fees. They are more interested in monitoring where the traffic is flowing and redirecting it to destinations that are profitable to them.