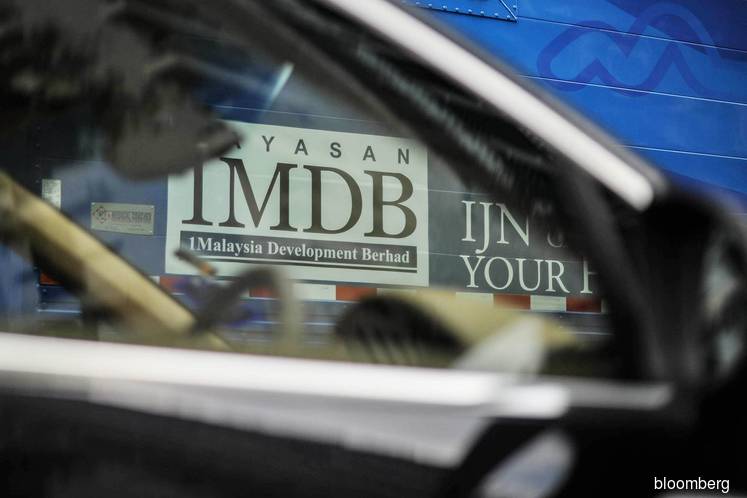 KUALA LUMPUR (Oct 17): The High Court today ruled that the Malaysia Institute of Accountants’ (MIA) Disciplinary Committee cannot make public the findings of its investigations on Deloitte PLT partner Ng Yee Hong in relation to his audit of 1Malaysia Development Bhd’s (1MDB) accounts for 2013 and 2014.

Justice Datuk Nordin Hassan said this was because Ng had not exhausted his avenues, noting he has lodged an appeal to MIA's Disciplinary Appeal Board.

“The court allows the declaration sought under Paragraphs 1.1 and 1.2 with an addition in 1.2 that it is subject to Rule 19.2 of the MIA (Disciplinary) Rules 2002,” the judge said.

However, even without the injunction, the effect of the declaratory relief granted today is that the Disciplinary Committee’s findings cannot be disclosed.

Lawyer Datuk Malik Imtiaz Sarwar, who along with Chan Wei June represented Ng, informed the court that his client had submitted an appeal to the Disciplinary Appeal Board.

Justice Nordin then asked MIA’s lawyer Shaikh Abd Saleem as to how long the board will take to make a decision, but the lawyer said he was not sure.

The Edge Financial Daily reported yesterday (Oct 16) that Ng had obtained an injunction, preventing the Disciplinary Committee from revealing the findings of its investigations on him.

He sought the injunction to prevent the institute and its agents from making public any adverse decision until the expiry of 21 days after the final determination on his appeal against MIA’s decision.

The investigation on Ng followed a complaint made by one Andrew Anand Solomon Devesahayam on March 31, 2015, for alleged breach of MIA’s by-laws concerning certain areas and accounting standards in relation to Ng’s role as 1MDB’s auditor for the financial years ended March 31, 2013 and 2014.

In his affidavit to support the declaration he sought, Ng said a public announcement of any adverse decision would gravely affect his reputation as a professional auditor, as well as the audit firm’s reputation.

“I have been an accredited auditor for over 10 years without having been involved in any disciplinary proceedings before (MIA) other than that before the Disciplinary Committee, and proceedings that have arisen from a separate complaint also in connection with 1MDB,” Ng said.

On Sept 28, 2017, the Disciplinary Committee began the hearing after receiving a complaint from its investigation committee, and the hearing was concluded on July 17, 2019.

Ng, in his affidavit, said representatives of Deloitte attended a meeting with MIA chief executive officer Dr Nurmazilah Mazlan at MIA’s premises, with Deloitte stating in the event of an adverse decision, Ng would appeal against the decision to MIA’s Disciplinary Appeal Board (DAB). Dr Nurmazilah, however, informed the audit firm’s representatives that there are no rules preventing MIA from making a public announcement on the DC’s decision, notwithstanding an appeal by Ng.

Following that, Ng's solicitors issued a letter to the MIA CEO, stating there is no legal basis for MIA to publicly announce its decision if Ng was to appeal but the accounting body had responded via its solicitors that MIA had not seen it fit to offer any view as to how the relevant rules apply and did not give any assurance that it will not make public the decision of the DC.

The Disciplinary Committee had delivered its decision on Ng’s matter on Sept 5.

Ng had also filed a separate judicial review for one of the allegations against him, and case management for the matter has been fixed for Oct 30 by Justice Nordin yesterday.

Deloitte was appointed as 1MDB’s auditor in December 2013, replacing KPMG Malaysia which was sacked after it wanted to issue a qualified audit report for 1MDB’s 2013 financial statements.

This was in relation to a difference of opinion on the fair value of 1MDB’s investment in Bridge Global SPC through Brazen Sky Ltd, a company linked to fugitive businessman Low Taek Jho.

On taking over, Deloitte verified the accounts for the financial years 2013 and 2014, without any qualification or emphasis on the matter. Both KPMG and Deloitte have since stated their audited reports on 1MDB’s financial statements can no longer be relied on.