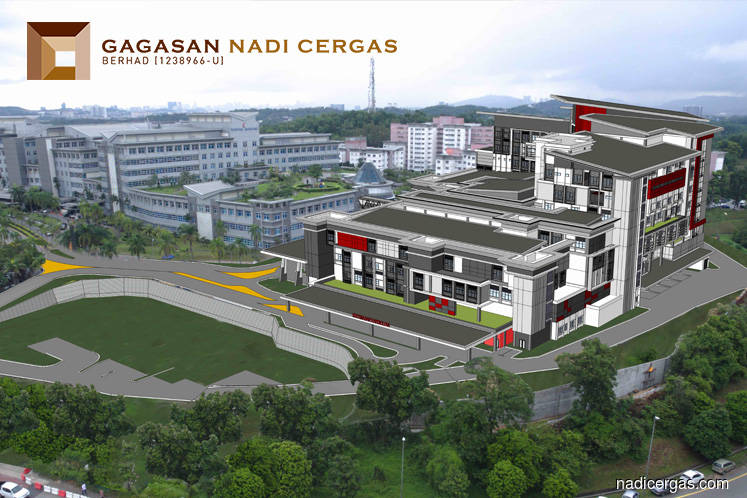 The construction group, which is also involved in facilities management services and holds two university concession projects, received a total of 6,029 applications for 423.5 million shares worth a total of RM127 million for its public tranche of 20 million shares.

“The oversubscription of the public tranche signifies the confidence of the investing community in our Group’s ability and business viability," said Gagasan Nadi Cergas group managing director Wan Azman Wan Kamal in a statement.

The group's IPO entails a public issue of 140 million new shares and offer for sale of 60 million existing shares at 30 sen per share, representing 26.6% of the group's enlarged share capital.

From the IPO, it intends to raise RM42 million in proceeds, of which RM14 million would be allocated for funding of the ASEAN Football Federation mixed development in Putrajaya, RM6.5 million for capital expenditure of the district cooling system under the Datum Jelatek development and RM16.5 million for working capital. The balance RM5 million will be to settle estimated listing expenses.

From the offer of sale, it will raise RM18 million, which will accrue entirely to the offerors.

"Additionally, we look forward in our natural progression into property development on the back of our core specialisation in design and build and track-record of more 20 years in completing sizable projects across the nation," he said.

Gagasan Nadi Cergas has established a dividend policy to allow shareholders to participate in its profits. The group's board intends to recommend and distribute dividends of up to 30% of the group’s net profits attributable to shareholders for the financial year ending 31 Dec 2019.