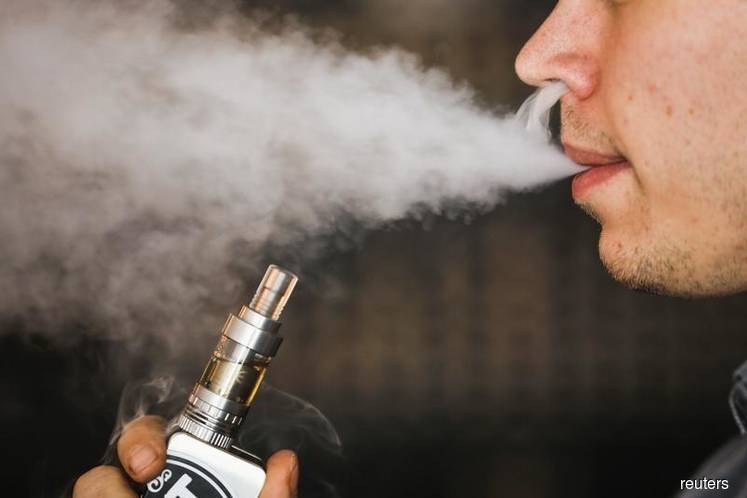 KUALA LUMPUR (Oct 4): Following plans by the government to regulate the sale of electronic cigarettes and vaporisers, the Malaysian Vape Chamber of Commerce (MVCC) hopes the new law will allow the sale of regulated vape liquid with nicotine.

It was reported earlier this week that Malaysia is planning to introduce strict regulations on the sale and use of electronic cigarettes and vaporisers, according to health officials, as countries around the world move to ban the devices, which have been linked to deaths and youth addiction.

In a statement today, MVCC president Syed Azaudin Syed Ahmad said the industry supports the government's plan to regulate the vape industry and called for the law to consider the direction and development of the industry, especially the use of vape liquid with nicotine.

"In the UK, Canada, New Zealand and neighbouring ASEAN countries such as Philippines and Indonesia, sale and use of vape liquid with nicotine is allowed as regulated consumer products and the amount of nicotine in the vape liquid is capped," he added.

Syed Azaudin called on the government to allow the sale of vape liquid with nicotine, where the nicotine level does not exceed 5% of the total liquid content as well as for liquefied vape to be sold as a regulated consumer product, consistent with other countries that also introduced regulations to regulate the vape industry.

Meanwhile, Syed Azaudin said the MVCC regrets recent incidents of misuse of vape products in the United States, but it hoped that the Ministry of Health consider the results of the investigation being done in the US.

On suggestions by certain parties to ban sale and use of vape nicotine in Malaysia, he stated that the vape industry has created more jobs in Malaysia and attracted domestic and foreign investment aside from contributing millions of ringgit to the country's economy.

"Should the government ban the sale and use of vape, it will give a negative impact to the economy and send a message that the government supports the cigarette industry even though cigarettes, which also contain nicotine, have been proven to be more harmful than vape nicotine," he said.