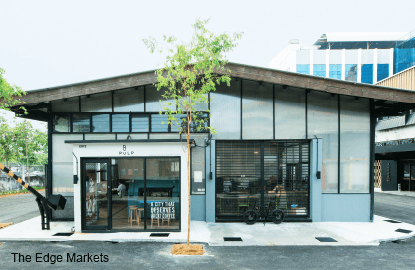 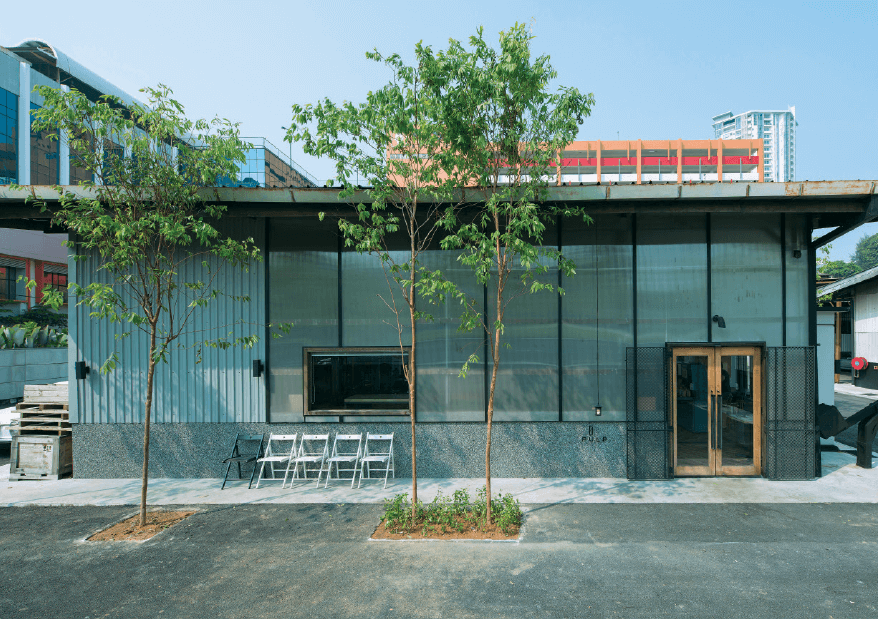 AFTER establishing a successful speciality coffee business called Papa Palheta in Singapore, in 2013, Leon Foo set his sights on Kuala Lumpur, which like the island nation, was experiencing a coffee boom with new java joints mushrooming everywhere. 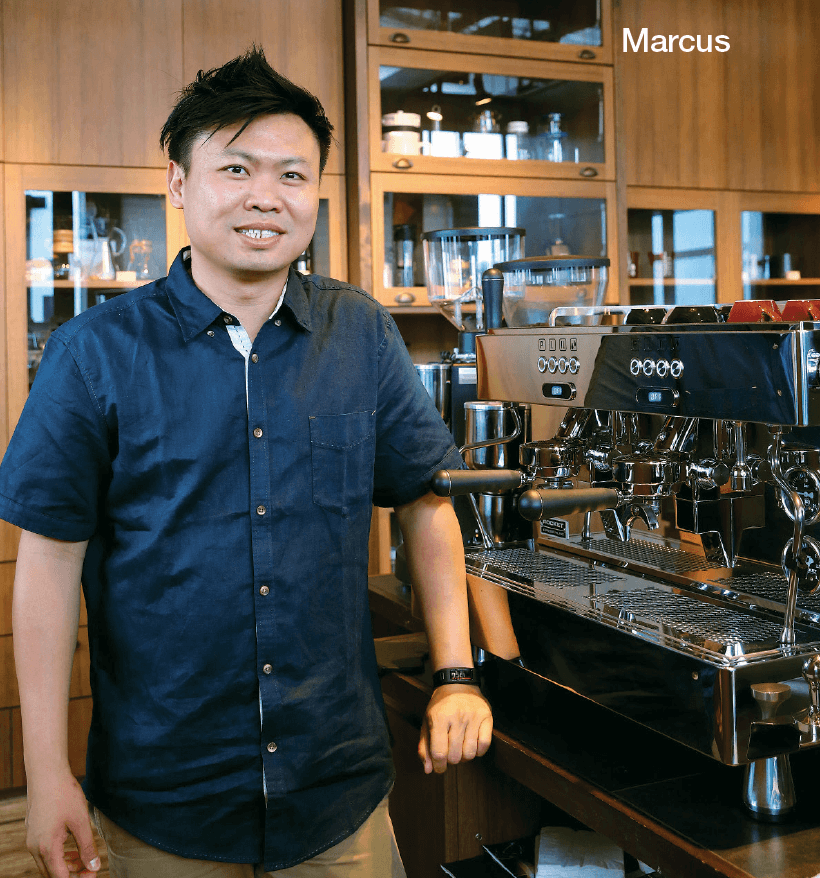 Papa Palheta started as a roastery back in 2009 and the business grew organically to include distributorship of machines, brewing equipment and accessories, coffee training and education, and eventually, a full-fledged café. In Singapore, the company has three cafés, with the headquarters at Chye Seng Huat Hardware, an Art Deco shophouse. The location is an interesting pick as it is a standalone, historical building along Tyrwhitt Road and not in a main commercial area.

So, when the time came to scout for a suitable location for their KL branch, Leon and his cousin Marcus Foo (who quit his job at an asset management firm in Singapore to run the Malaysian operations) searched for something unique, an interesting site with a bit of history that could be turned into a destination for coffee enthusiasts. They found it in one of the structures of Art Printing Works on Jalan Riong, Bangsar, just behind the New Straits Times building. The printing company originally from Melaka set up here in 1965 doing letterpress printing, which is a sunset industry. For Papa Palheta, it was a bit of gamble to opt for a site away from the bustling areas of Bangsar, but it’s one that has paid off, as the store-cum-café called Pulp sees brisk business.

“It’s the unique selling point, the space in collaboration with a much bigger space,” says Marcus.

Sporting four brick walls, high ceilings and a leaky zinc roof, the 1,600 sq ft cutting room was where raw paper was cut to size by guillotine machines before being used to print publications like textbooks and magazines, says Marcus. It wasn’t a lot of space, but it was sufficient. There was, however, no water supply or plumbing infrastructure. The space was as utilitarian as they came.

Undeterred, the Foos obtained the space, and as Marcus puts it, “sunk a lot of money into it”, transforming it into a welcoming one-stop shop for all things coffee that opened in March last year. Singaporean architect Elita Ong of Untitled Projects conceptualised the space. “This was her third coffee project with us,” says Marcus. “She was experienced in what we wanted. She is one of our baristas as well, so she understands the business, and she understands what we need, the form and function of it. She has a very good eye for detail. You can see that a lot of it is wood-based. The structure is the original except for roof; we replaced the zinc roof because it was very hot. We needed to insulate it and installed 10 air-conditioning units. It’s still warm but they help.”

The brick walls were torn down and replaced with polycarbonate panels that let in natural light, casting a warm glow in the space. “At night, it looks like a lantern,” says Marcus. The roof structure is left exposed to maximise its height, and wood-finished tiles cover the floor, complementing the wooden counters and shelves. The café takes up most of the floor space, but there are also designated areas like the cupping room for coffee tastings, the C-Platform or coffee showroom (a retail space for customers to “touch and feel” the machines, equipment and accessories on sale) and the service workshop. These areas flow into each other in a seamless manner. At the rear are the kitchen and storage space, and up a steep ladder is the specially built mezzanine floor that houses Marcus’ office. 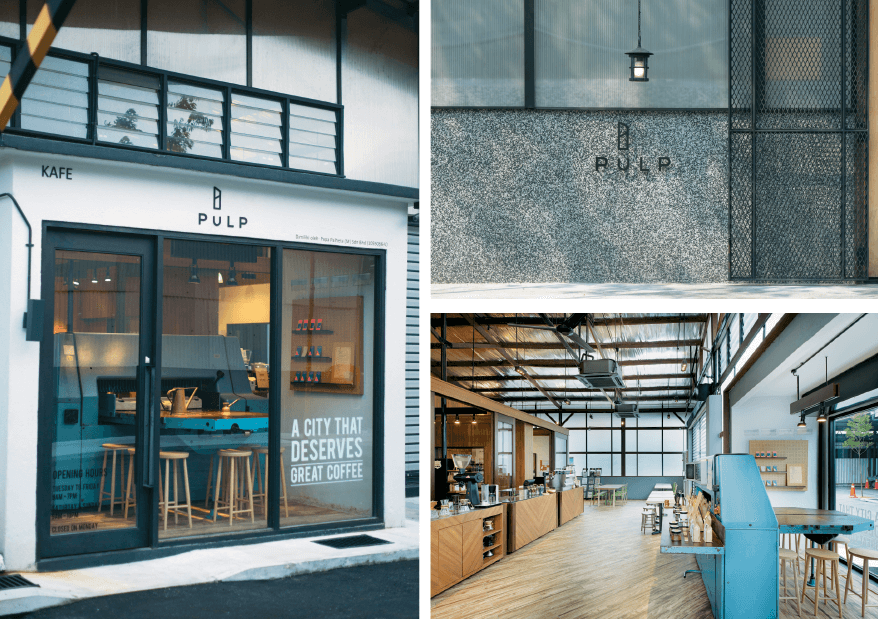 “We are essentially a coffee company more than a café as we provide coffee support to local offices and restaurants,” says Marcus. “The café part is what people see when they come in but we are a coffee company. The brief to the architect was that I wanted a service workshop, a coffee showroom and classroom, and a cupping room for tastings and assessing the grade of coffees. I told her I wanted it to be very seamless so people can walk through and feel they can find whatever they need, whether you want to taste coffee, buy equipment, buy machines or just sit down and have a cup of coffee.”

They christened the place Pulp as a homage to the original space, but also because of the similarity between paper and coffee. “While the journey of paper generally begins with wood pulp, coffee has to go through the process of depulping in order to extract the seeds needed to make coffee. This synchrony was the main inspiration behind the name,” Marcus explains.

There are three counters at the café that greet you when you enter — the brew bar that lets you watch the brewing process, the cake stand and cashier followed by the espresso bar. They all rotate at a 90° pivot point, and they are usually arranged in three parallel rows so as to allow customers to walk around and observe their coffee being made. On busy days, the counters are rotated and placed in line with each other to facilitate the formation of a queue for customers when placing their orders.

“From a coffee point of view, we focus a lot on speciality coffee brews,” says Marcus. “Most of the time, when you go to a café, the first thing you see is the espresso machine or the cake stand. But we put the brew counter in front, which is less popular but is picking up a lot of attention.”

Further reinforcing Pulp’s emphasis on brews is what Marcus calls the sensory bar, which is a weathered, baby blue guillotine machine, a vestige of the past, refashioned into a showcase display for the different coffee beans on sale — each with a small sample for you to take a whiff of, and some already brewed for you to taste.

An ageing factory now revamped into a contemporary, no-fuss coffee destination, Pulp is undoubtedly one of the more intriguing java joints in the Klang Valley. It speaks of the vision of its founders, which is fuelled by their obsession for good coffee and the desire to spread their wings. 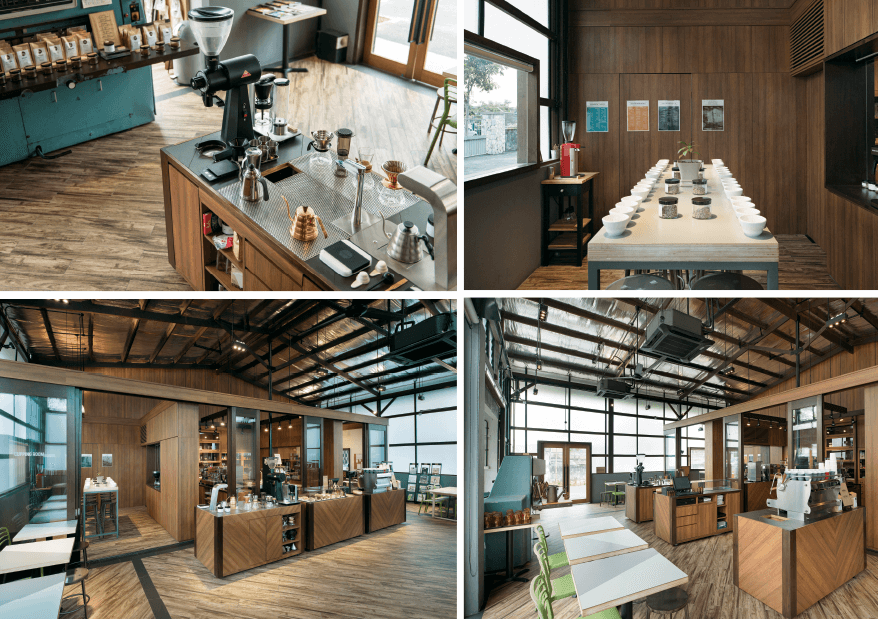