Coffee Break: What you can do in the world’s largest work-from-home experiment 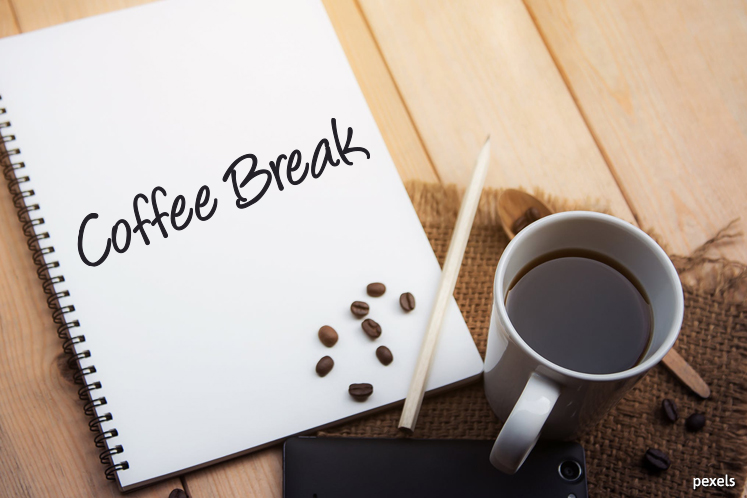 I blame the many recommendations on what to watch or legitimately stream that is carried by many news magazines. Yours truly downloaded Netflix just to watch an episode of Dirty Money that interviewed two of Malaysia’s former prime ministers but missed the incumbent, who had more airtime elsewhere last week.

Total TV viewership also rises because people want to watch the prime minister speak at prime time and stay informed, and not just be entertained. Nielsen, for instance, reportedly has statistics from the US showing viewership increase during times of crisis.

The many what-shows-to-watch lists are not just that entertainment is big money but because having good home entertainment can help with the need for social distancing — more so with shuttered schools and offices plus foreign travel ban. Book recommendations for the same purpose, presumably, are hardly seen, given that not all are instantly available electronically.

The need for some boundaries, it seems, applies to those now working from home (but treated as though they’re on leave) as well as those quarantined or on forced lockdown. In such cases, absence probably makes the heart grow fonder.

The worst-case scenario may have played out in parts of China where divorce cases reportedly spiked after the coronavirus outbreak as people were forced to spend more time with their presumably increasingly annoying and not-so-better-halves.

Well, the course of true love never did run smooth but what doesn’t kill you makes you stronger. The optimistic even see birth rates rising, going by the memes circulated on social media.

Multiple Oscar-winning actor Tom Hanks is presumably not among those identifying with memes of husbands celebrating being quarantined away from their respective wives. He and his wife of 32 years, Rita Wilson, tested positive for Covid-19 in Australia but Hanks was reportedly released from hospital earlier.

Though there is no telling if he is now on home quarantine with some version of the Wilson volleyball he was marooned with on a desolate island in the 2001 movie Cast Away, that widely circulated photo of him with the volleyball was doctored. That fake photo was debunked by several online portals, including AFP Fact Check.

One can’t be too careful about believing or forwarding even such delightful pieces of “news” over social media nowadays. But don’t despair. Those stuck home alone may be happy to know that Hank’s Wilson is available for purchase online, though shipping may be delayed due to the growing partial shutdowns worldwide.

For those involuntarily stuck with their own version of Wilson, take heart. Let us all be thankful for electricity, clean water, flush toilet, clean sheets, food and grocery delivery, working phone signal, broadband, books and TV.

There are plenty of guides online on how to deal with working from home or being away from family, lovers and friends, if one finds the distance overwhelming. Those who find the distance blissful would probably be among the rare true introverts in the world.

Going by how more people are taking social distancing more seriously as governments step up measures to contain the spread of Covid-19, there is little doubt that the world has many important lessons from this experience. May we all emerge stronger, having learnt those lessons, and take steps to not repeat the mistakes. Until then, stay safe!