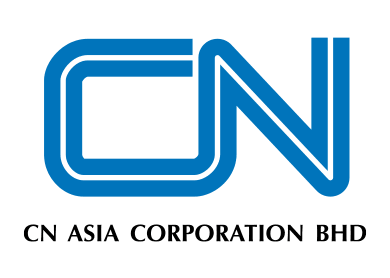 In a filing to Bursa Malaysia today, CN Asia said it has signed two separate sale and purchase agreements today, to effect the purchase. One was with Crystal Bond Sdn Bhd who owns a plot of 117.66-acre land with a net book value of RM300,000, while the second was with Marvellous Production Sdn Bhd who owns the remaining 119.82 acres with a net book value of RM6.6 million.

Both plots are located on Jalan Balakong, Seri Kembangan.

Loss-making CN Asia said the diversification will reduce the risk of over-dependence on its existing core business, which is facing intense competition in the current challenging operating environment, while providing another source of revenue stream.

CN Asia reckoned the proposed diversification provides it “the right opportunity” to tap into the property development sector, which it deemed has “good growth prospects”, and unlock the value of the lands.

To finance the land buy, CN Asia has proposed a cash call to raise up to RM45.38 million via a 2-for-1 renounceable rights issue — based on an indicative issue price of RM0.50 per rights share — together with free warrants.

CN Asia said it will determine the final issue price, once it has received regulatory approval for the rights issuance.

Besides raising funds to fund the proposed land acquisition, CN Asia said the proceeds of the proposed cash call will also be used for working capital, to repay bank borrowings, and to relocate its factory and related expenses.

Prior to implementing the proposed cash call, CN Asia plans to undertake a par value reduction of its existing issued and paid-up share base of RM45.38 million of 43.38 million ordinary shares of RM1 each, to RM22.69 million with the same number of shares at 50 sen each, by cancelling 50 sen from the par value of each share.

As at the last trading market day preceding its announcement today, the closing price of CN Asia shares was 50 sen, which is at a discount of 50% to the existing par value of the shares of RM1.

It said the proposed par value reduction will give it greather flexibility to raise funds and implement future corporate proposals which entail the issuance of new shares.

It has also proposed to establish an employee share option scheme (ESOS), together with a proposed increase in its authorised share capital, from RM50 million of 50 million ordinary shares of RM1 each to RM500 million of 1 billion shares.

CN Asia expects to complete the transactions in the first quarter of 2016.

The group has been bleeding losses for the last four years, since financial year ended Dec 31, 2010 (FY10). Its accumulated losses currently stands at RM25.51 million.