AS for the commercial sector, Brickfields has witnessed an increase in office and retail space with recent completions, such as Menara CIMB, Menara Shell, Nu Towers (by MRCB and ASEANA Properties Ltd [UK]), Nu Sentral Mall and 1 Sentrum (by Pelaburan Hartanah Bhd and MRCB), Sentral Vista (by Masteron Group of Companies) and Menara Bank Rakyat in KL Sentral. This is in addition to the older shopoffices and shophouses in Jalan Tun Sambanthan, Jalan Tun Sambanthan 3, Jalan Sultan Abdul Samad and Jalan Scott.

According to Previndran, new commercial developments are not affecting the value of or demand for the older shops in the area as both cater for different types of commercial markets.

However, he notes that the commercial property market in Brickfields that comprises old shops will experience a spillover effect from the KL Sentral development, albeit at a slower pace.

Property values and rents in Brickfields have been increasing as purchasers here are motivated by the area’s potential, he adds. 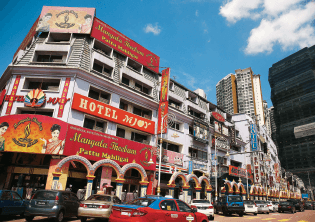 Differing from the older shops in design, building specifications, security and accessibility, the new commercial developments, especially those within KL Sentral, are high-rise Grade A, MSC-status buildings that come with modern architecture and facilities, and which cater for both local companies and multinational corporations (MNCs).

The older shops are 2 to 4½-storeys with traditional architecture that comes with five foot ways. These shops are mainly operated by local businesses that cater for the Indian community, such as budget hotels, restaurants, banks, boutiques, hair salons, clinics, jewellery shops, convenience shops, pharmacies and lottery outlets. 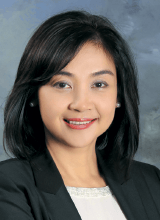 According to Peh, these shop units are occupied by owners who operate businesses that have been passed on for generations.

“There is a growing demand for shops, as evidenced by the rental and capital appreciation since the development of KL Sentral. Very rarely do we see shopoffices placed for sale or rent on the market, especially ground floor properties fronting Jalan Tun Sambanthan,” he says, adding that “generally, the ground-floor of shopoffices is very much in demand while the upper floors are subdivided into smaller lots and let out to small businesses”.

Peh points out that rents are dependent on shop frontage and distance from KL Sentral while Siders estimates a yield of 3% to 4% for the older shops and 5% to 6% for offices in KL Sentral. He also notes that capital values for the shops have appreciated 40% to 50% since 2010. 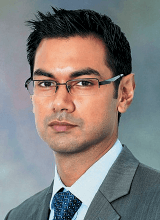 “Certainly, there will be more demand for commercial property in Brickfields, especially in KL Sentral, when the MRT [which will be passing through KL Sentral] starts operating in 2017,” comments Peh.

Brickfields resident and property investor Chandra L Ramprakash says no one is selling in the area as the rents are good. The owners also offer one-year leases, which explains the constantly changing tenants.

As for retail units, Siders opines that the value of those in Nu Sentral and the KL Sentral station will keep appreciating due to their location in a transport hub.

Being the main transit hub in Malaysia, Brickfields offers a myriad of hospitality services. KL Sentral houses three to five-star hotels, such as Prescott Hotel, Ascott Sentral, Dua Sentral, Aloft KL Sentral, Le Meridien KL, Hilton KL and the upcoming St Regis Hotel, that cater mainly for business travellers while across the road from it, one can find budget to three-star hotels, such as Brickfields Park Hotel, Lotus Hotel, Metro Hotel, Signature Hotel, My Hotel and Hotel Sentral, that cater mostly for tourists and backpackers.