CIMB says Muhibbah's prospects 'could be much better' 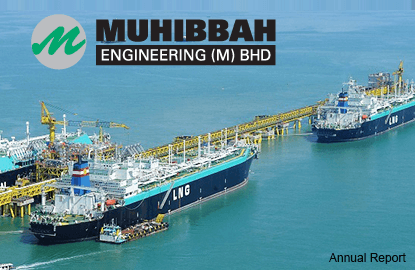 In a note today, CIMB analyst Sharizan Rosely said Muhibbah's contract wins of RM1.1 billion in 2015 had exceeded the research firm's and consensus’ targets of RM500 million to RM800 million.

"The latest guidance from management is for 2016 to be another bullish year for Muhibbah’s infra segment. Domestic jobs make up 100% of its tender book that is mainly focused on downstream refinery and petrochemical-related infra.

“Just a 20% success rate translates to RM1.2 billion in potential wins for Muhibbah in 2016, higher than our assumption of RM800 million,” he said.

CIMB maintained its “add” call on Muhibbah shares, with an unchanged target price of RM3.22.

He said Muhibbah was shaping up to be a big beneficiary of Petronas’ move to shift its capex to downstream activities via the Refinery and Petrochemical Integrated Development (Rapid) project in Johor.

“We believe Muhibbah is well ahead of other existing contractors there,” he said.