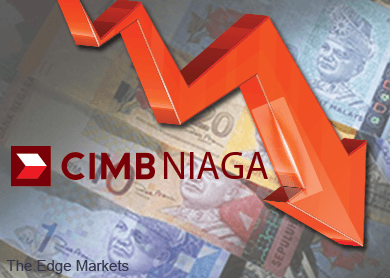 KUALA LUMPUR: CIMB Group Holdings Bhd’s 97.94%-owned Indonesian unit PT Bank CIMB Niaga Tbk saw its net profit for the first quarter ended March (1QFY15) fall 92.4% to 82.72 billion rupiah (RM23.09 million) or 3.29 rupiah per share from 1.1 trillion rupiah a year ago. It attributed the lower net profit to higher levels of provisions and an 8.8% increase in operating expenses, in tandem with the Indonesian inflation rate of 8.4% for 2014.

In a statement yesterday, CIMB Niaga said its operating income for 1QFY15 stood at 3.402 trillion rupiah, representing 0.7% year-on-year (y-o-y) growth.  Its net interest income improved 10.8% y-o-y on the back of 9.6% growth in gross loans and steady net interest margins.

However, the growth in operating income was partially offset by a 29.4% y-o-y decline in non-interest income, which was impacted by weaker Treasury market activity as well as the new bancassurance regulations which came into effect in March 2014, the banking group said.

“In line with our conservative standards of provisioning, we continue to increase recognition of impaired loans and have improved our loan-loss coverage ratio to 102.6% in March 2015 from 98.8% in March last year,” he said.

Going forward, Rompas expects the group’s performance to improve in 2Q in line with the stabilisation of macroeconomic indicators.

The bank maintained its capital adequacy ratio at 16.5% as at March 31 this year.