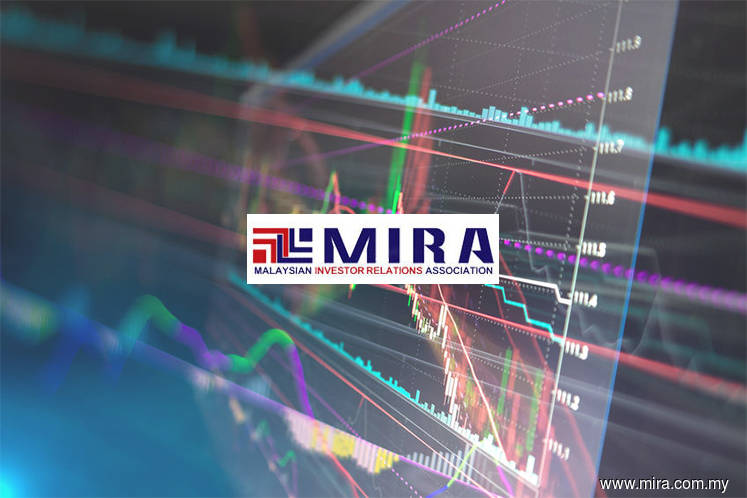 The awards were given out during a luncheon on Oct 30 — themed 'Investor Relations: Building Confidence, Sustaining Value' — organised by MIRA, which stands for Malaysian Investor Relations Association and is the sole non-profit organisation for investor relations established under Bursa Malaysia.

The annual event seeks to promote good governance, advocate for greater transparency, and timely as well as fair disclosures among public listed companies on the local stock exchange. There were 25 awards given out under 10 categories, which were presented by Finance Minister Lim Guan Eng, Bursa Malaysia chairman Datuk Shireen Ann Zaharah Muhiudeen and Bursa Malaysia CEO Datuk Muhammad Umar Swift, MIRA said in a statement.

CIMB Group won its award under the large cap sub-category, while Astro's was from the mid-cap. Econpile represented the small cap and AZRB was from the micro cap.

As for the Best CFO for Investor Relations, Top Glove Bhd's Lim Cheong Guan took home the win under the large cap sub-category, with Cahya Mata Sarawak Bhd's Syed Hizam Alsagoff under the mid cap one. Econpile Holdings Bhd's Bin Lay Thiam was the winner among the small caps, while AWC Bhd's Richard Voon was from the micro cap.

Among the newly listed last year, Revenue Group Bhd took home the Best Investor Relations for an IPO Company in 2018.

MIRA also recognised Hartalega Holdings Bhd as the company with the Best Knowledge & Insights of Investor Relations Team, while Astro has the Most Improved Service from Investor Relations Team, with Maybank getting the award for Quality of Annual Reports/Formal Disclosure. Hong Leong Bank Bhd, meanwhile, was recognised for Quality of One-on-One Meetings.

"This year, we have an even more robust process in filtering down the shortlist and winners. KPMG had put together focus groups with stakeholders to fine tune the factors to be included in the scoring system. Based on this feedback, recipients were scored based on a weighted 70:30 split between votes and diagnostic assessment by KPMG.

"Voting forms were sent to 1,500 recipients comprising analysts, brokers and investors to generate the responses. As the voting pool was increased this year, nominations came from a wider base of companies from different sectors and market capitalisation. It is very encouraging to see more micro-cap PLCs being nominated," MIRA chairman Steven Tan said.

They also want to know more about operational matters and governance issues, and regular, consistent and proactive engagements with stakeholders are a prerequisite to reinforce trust and confidence in a company's management, he said.

"These engagements are crucial and also allow for two-way discussions to listen to opinions and views from stakeholders. Hence, it is pertinent that listed companies continue to strengthen their investor relations capabilities to achieve fair valuation for their companies," he added.