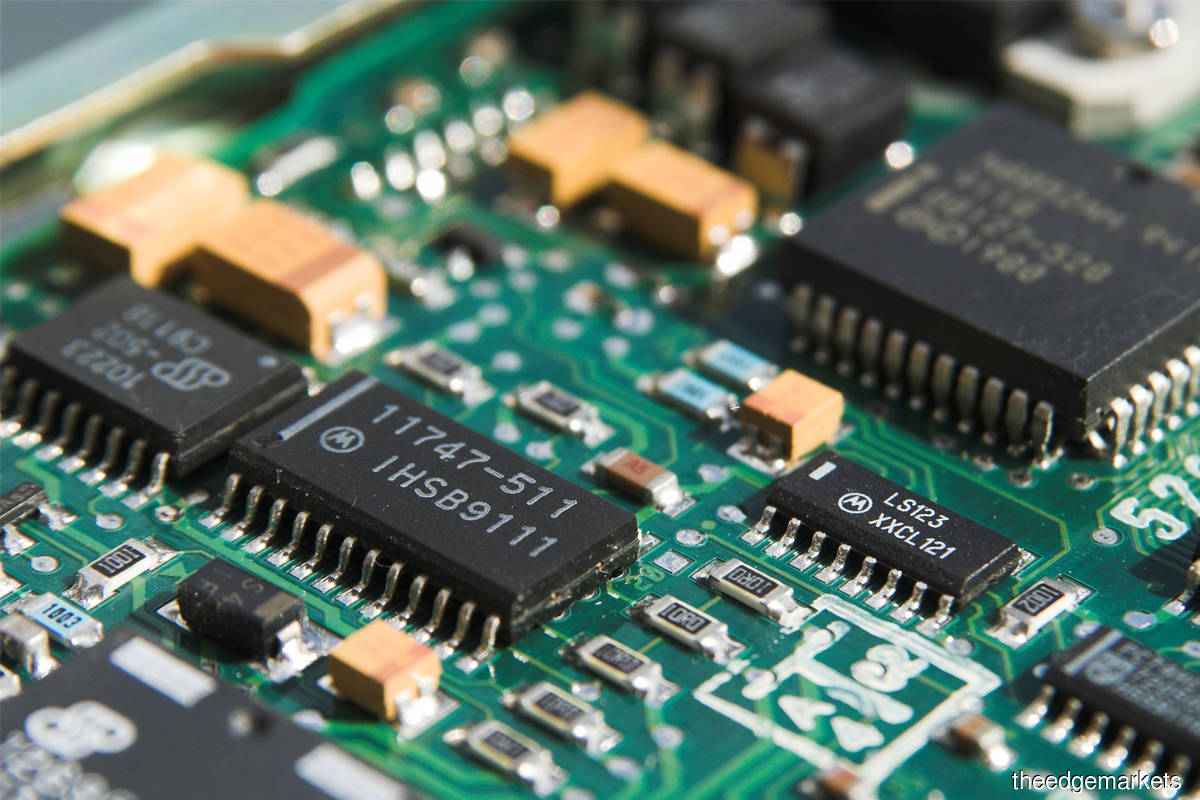 CHINA’s broader clampdown on a number of key industries — the most recent being a probe into possible chip price manipulation — appears to be for the longer term following the release of a five-year blueprint last week aimed at greater regulation of its economy.

Chinese regulators warned that they would show no tolerance in cracking down on speculators in the chip market, prompting a dive in the share price of Chinese chipmakers. Still, local technology players appear to be unaffected by the authorities’ latest move.

Technology analysts The Edge contacted contend that the probe will not relieve the global chip shortage.

“These are two different matters. Obviously, we will see some price increases due to the shortage. But looking at the supply chain, there are many reasons behind the price increases, such as raw materials,” an analyst with a non-bank-backed research house observes.

Although some buyers may have been hoarding chips, he does not think that is a violation of the law. “If a company has money, it may have the strategy of building its inventory. But if it is being anti-competitive and gets together with different parties and increases prices for no reason, then it is considered a crime.” Kenanga Research’s technology analyst Samuel Tan sees minimal impact from the alleged price manipulation for a number of reasons, including the current shortage of chips. “Although components needed by local companies, like wafers, are in shortage, it is impossible for the suppliers to keep wafers in a storeroom,” he points out.

He is also of the view that the undersupply situation may persist over the next two years based on what he has learnt from his engagement with local technology players. He points to GlobalFoundries Inc’s statement that it will be chasing supply in the next five years. The US-based semiconductor manufacturing firm recently announced plans to invest US$4 billion (RM16.9 billion) to build a new wafer fabrication plant in Singapore.

An earlier forecast by Gartner Inc had the worldwide semiconductor shortage lasting through 2021, with recovery to normal levels projected by 2Q2022.

“The semiconductor shortage will severely disrupt the supply chain and will constrain the production of many electronic equipment types in 2021. Foundries are increasing wafer prices and, in turn, chip companies are increasing device prices,” said Kanishka Chauhan, principal research analyst at Gartner.

Meanwhile, chip lead times, the gap between ordering a semiconductor and taking delivery, increased by more than eight days to 20.2 weeks in July from the previous month, according to research by Susquehanna Financial Group. It was the longest wait time since the firm began tracking the data in 2017.

Global sales of semiconductors expanded at a faster pace of 29.2% in June to US$44.5 billion, from US$34.5 billion a year earlier, according to the US-based Semiconductor Industry Association. On a month-on-month basis, the sales were 2.1% higher than the US$43.6 billion in May.

JF Technology Bhd CEO Dillon Atma Singh does not foresee China’s regulatory scrutiny having a significant impact on the overall supply chain landscape because of the strong demand for semiconductor components in China and the rest of the world, especially with the increase in 5G device adoption, electric vehicle (EV) production and continued high demand for work-from-home smart devices.

“Just like that of other commodities, semiconductor component prices have always been driven by supply and demand. China’s clampdown on parties hoarding inventory to drive prices up artificially, if it is indeed happening, will be a good action to take in order to regulate overall prices in these times of acute shortages,” he says.

“This action, however, does not change anything from a demand perspective as globally, many industries continue to be impacted by component shortages driven by the robust growth of 5G and migration to EVs, among others.”

QES Group Bhd managing director and president Chew Ne Weng concurs, noting that the demand for semiconductors is still robust given the prolonged shortages, which have extended to the consumer appliance sector from the automotive sector. “In fact, I’m more concerned about the Delta variant ‘explosion’, where the gradual pick-up in the economy will go back to square one if vaccinations cannot control the pace of new infections,” he says.

Aemulus Holdings Bhd co-founder and CEO Ng Sang Beng opines that the crackdown is the right move from an industry regulation standpoint, after similar action was taken against China’s financial sector.

He adds that the action will not have a big impact on technology players’ day-to-day operations as product margins in the manufacturing supply chain have always been lower. Instead, it is the distribution segment that will be affected amid the chip price manipulation probe.

Overall, Kenanga’s Tan remains positive on the technology sector in view of the strong market demand. “There is still room for growth. You can see how the share prices have picked up recently. But I believe they will be on an uptrend over the long run.”

The Bursa Malaysia Technology Index has gained 29.5% since early this year compared with the benchmark FBM ­KLCI’s 7.5% decline.

Unisem, which recorded a 60.9% jump in net profit to RM54.64 million for the April to June quarter, has proposed to reward its shareholders with a one-for-one bonus share issue.