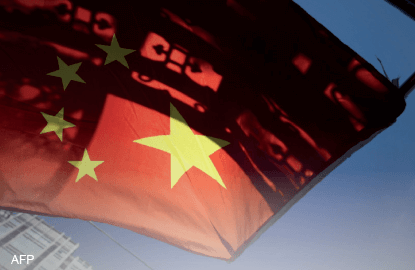 CHINA’S leaders have been busy lately, finalising the country’s new five-year plan. The details will not be announced for a while, but most observers are not much interested in the fine points anyway. They will focus on the new target for growth in gross domestic product (GDP) — which seems likely to be around 6.5%, lower than before but still higher than many economists think is realistic.

The fixation on the growth target is a mistake for observers and China’s policymakers alike. The government should do all it can to promote rapid sustainable growth — but now that China is a semi-capitalist economy, what that number turns out to be is beyond official control.

Many commentators — Western and Chinese — have long thought China should just drop the target altogether. Pressure to meet the number drives local officials to pump up wasteful investment, adding to an aggregate debt pile that is approaching 300% of GDP, according to McKinsey.

Outright fudging of data is another by-product. This undermines the government’s credibility and fuels concern that the economy’s problems are worse than they look. Setting a lower and more plausible target would help, but it would not address the main issue.

Scrapping the GDP target outright would be best, but failing that, it ought to be de-emphasised. The government has already moved in this direction. In its previous five-year plan, it drew attention to other benchmarks, aimed at measuring the quality rather than quantity of growth.

Goals for green development — cutting emissions, improving energy efficiency, increasing the use of renewables — were meant both to protect the environment and to encourage the shift from smokestack industries to services.

Another way to emphasise the quality of growth is to track progress on indicators such as employment and social housing. These give a better sense of how ordinary Chinese are faring. Party leaders could underline the message by relying on such measures when assessing local officials. The latter need to know their promotions depend on factors more closely connected to their performance.

Other intermediate targets could help restructure the economy and improve how capital is allocated. The government has started asking state banks to lend more to small and medium-sized enterprises, for instance, many of which are privately owned and more efficient than the state-run behemoths that have traditionally vacuumed up the bulk of cheap loans. More capital needs to flow to firms earning high returns.

Something else worth targeting is inflation. A more explicit monetary-policy goal would strengthen China’s broader policy framework and help the People’s Bank of China fend off deflation fears. It would also help make the central bank’s decisions more transparent and predictable — increasingly important as China moves to open up its financial system.

Intermediate targets of this sort are less likely to become fetishes, or to distract policy makers and officials from the tasks at hand. Fuller discussion of means as well as ends would be valuable, too.

How exactly will welfare benefits be extended to more urban migrants, for instance, or stronger land rights granted to farmers? Which new sectors will be liberalised and when? How will the central government make the fiscal position of local governments truly sustainable?

Economic targets, correctly conceived, are framed to serve a larger purpose. Enshrining them as ends in themselves — especially in the form of a single disobedient number — is asking for trouble. — Bloomberg View