Changi Airport Group achieves TOP for Terminal 4; to prepare for opening in 2H17 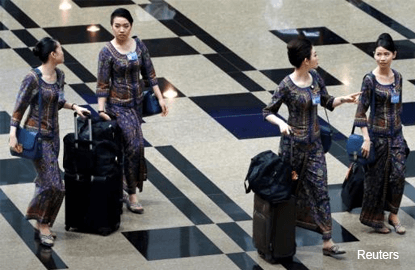 After having achieved Temporary Occupancy Permit (TOP) for T4 this month, the next stage of development will focus on the terminal’s interior fittings, as well as preparing it for operations, says the group in a Friday release.

Construction on T4 commenced in early 2014 and involved over 4,000 workers at the peak of its construction works.

A 68 metre-high ramp control tower has also been constructed to enhance air traffic controllers’ management of aircraft movements in the apron and taxiways around the terminal.

CAG adds that T4 will, for the first time, see a “terminal-wide implementation of fast and seamless travel (FAST) initiatives to enhance passenger experience and operational efficiency”.

According to the group, the preparatory works in the lead-up to its opening will involve the installation and testing of key airport systems and processes including the new FAST self-service and automated options covering check-in, bag-drop, immigration clearance and boarding.

There will also be training and familiarisation programmes organised for airport staff and partners, to prepare them for operations in the new terminal.

“The past three years have been an intense and exciting journey for CAG and our project partners,” says Yam Kum Weng, CAG’s executive vice president, Air Hub Development.

“For the next phase, we look forward to working with the airport community to prepare the terminal for opening in the second half of 2017.”