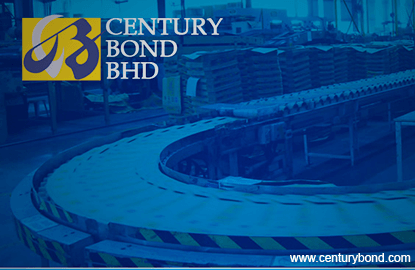 KUALA LUMPUR (Aug 28): Century Bond Bhd soared as much as 19 sen after the packaging products manufacturer proposed total dividends of 23 sen a share.

At RM1.62, the counter has a market capitalisation of RM194.4 million.

Both dividends' ex-date falls on this Sept 10. Century Bond proposed the dividends after reporting higher net profit during 1QFY16 from a year earlier.