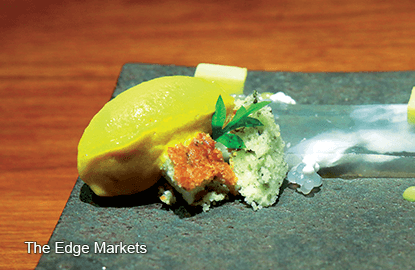 After opening its doors to glittery fanfare a few months ago, the hype has settled somewhat around Nobu Kuala Lumpur. For the team, the task ahead would be in establishing themselves as worthy of the reputation the famed premium restaurant chain has garnered globally.

Perhaps even more so because Nobu has sent some of its experienced Malaysian talents back to start up the “new-style Japanese” cuisine restaurant here. Of course, at the helm is executive chef Malaysian Philip Leong, who had worked his way up from commis to head chef in London’s Michelin-starred Nobu Berkeley Street until he volunteered to return for a stint here.

Started by chef Nobu Matsuhisa in 1994, along with his renowned celebrity business partner Robert De Niro, the Peruvian-influenced Japanese restaurant, which now has presence in over 30 locations worldwide in more than a dozen countries, is known for its Omakase or chefs’ tasting menu.

Keeping with that tradition here in Nobu Kuala Lumpur, the fine-casual-style restaurant is set to offer a new Celebration Omakase menu from the first day of the Hari Raya Aidilfitri celebrations for a month-long period.

Its tag line of celebrating togetherness is apt, as the introduction of Leong to Malaysian diners - who devised the special seven-course menu - is something worthwhile to fete on. We were invited to preview selections from the Celebration Omakase last week.

Peruvian music played in the background on a humid Thursday evening as we were seated on the 56th floor of the Petronas Tower 3 overlooking the city. Just as the last light of the day faded into the night, restaurant manager Fion Chan, a Malaysian who has worked more than a decade in Nobu’s original restaurant in Tribeca, New York, introduced the menu for the evening as we sipped on Fiji Water, the only kind the restaurant serves in all its eateries.

The starter arrived in three bite-sized portions. A Sushi Bar Moriawase (sushi bar mix platter) consisting of Toro Tartare with caviar, a Nobu signature, a “new-style” seared Botan Ebi with sea urchin and the Japanese eel, Unag-Kyu Tosazu, were lined up from right to left in the order that we were recommended to eat it in.

Generously doused with a wasabi soy sauce, we were to eat the tartare like a mini ice cream with a small spoon. A sweet, savoury flavour hits the palate at first bite, the contrast of the fresh tuna and hint of fishiness from the caviar instantly awakens the appetite, complemented by the extra zing from the wasabi.

The Botan Ebi (Japanese giant sweet shrimp) is slightly seared with hot olive and sesame oil, which lends it an oriental taste and a slightly chewier texture. The story goes that the searing is a “new-style sashimi” created when chef Nobu served a customer who could not eat raw and had sent the original version back to the kitchen. The result was so good that it’s become a style used in the restaurant.

We were also informed by Chan that Nobu’s emphasis of simplicity and freshness is helped by its love for using Japanese citrus flavours from yuzu or a ponzu sauce made with the fruit. “It keeps the desire to eat going, even until the last dish, without feeling like you want to stop,” said Chan.

The Tosazu vinegarette used to marinate the Japanese Unagi does just that. Mixed with bonito flakes infused soy, the final starter dish teases and stirs, even if it’s a tad on the sour side. For the palate cleanser, we were introduced to the green Japanese baby peach, Wakamomo, which was refreshingly sweet and fragrant.

We skipped the Sushi Selection and Sashimi Salad with Jalapeno dressing,  and went straight for one of the mains, the Wagyu Ginger Miso. The other main is Chilean Sea Bass Kara Age with Grapefruits Ceviche.

Using Australian Wagyu beef, the sliced steak cooked with ginger miso tenderly melts in the mouth, a tangy taste enhanced by the mildly charred flavour that subtly enhances the natural beef flavour. The incorporated ginger miso also prevents the feeling of greasiness. A unique touch is the use of quinoa as a topping for the Wagyu, giving a rather addictive crunch and texture to the meat.

The main dish is paired with marinated bamboo shoots grilled with dashi, as well as some crispy baby spinach leaves topped with Ikura fish roe. After a finishing cold soba dish, we had the Oiwai Dessert, which was just the right finish to the meal.

Overall, the thoughtfully crafted menu keeps things light and refreshing, with a focus on natural flavours even to the end as we enjoyed a cool shiso-mango sorbet paired with clear coconut jelly, sago bits, diced mango and shiso crumble. 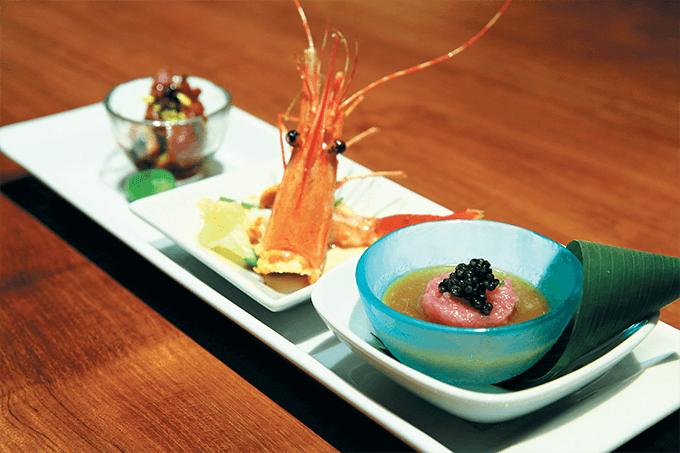 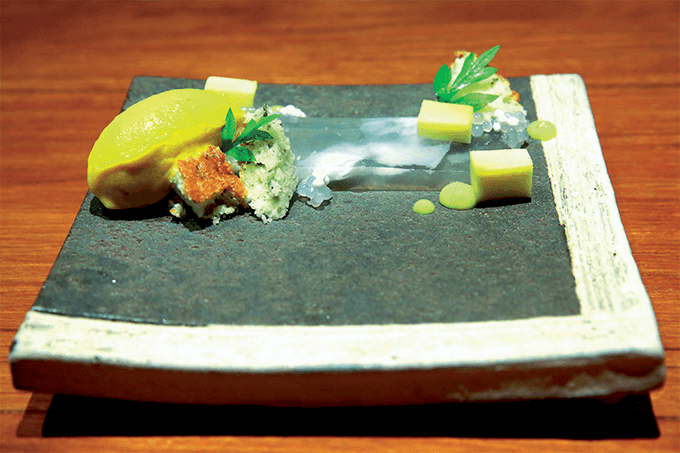 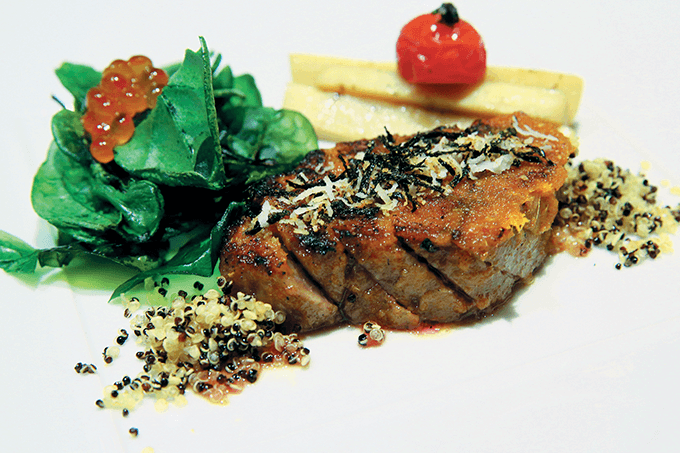 The Celebration Omakase menu is priced at RM450++ and will be the only menu served on July 17 and 18, and is available for order from then until Aug 18. For reservations, call (03) 2164 5084 or visit www.noburestaurants.com.

This article first appeared in The Edge Financial Daily, on July 9, 2015.