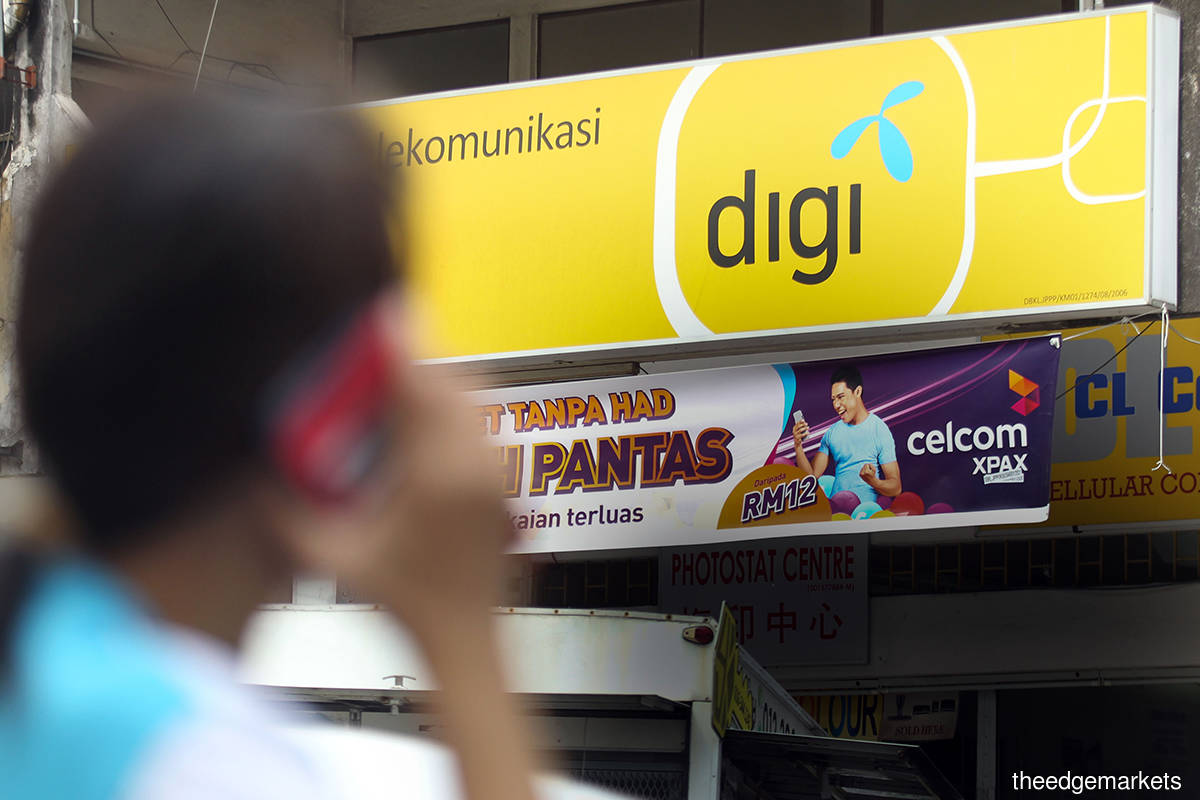 KUALA LUMPUR (June 29): Axiata Group Bhd and Digi.Com Bhd have received a notice of no objection from the Malaysian Communications and Multimedia Commission (MCMC) to proceed with the proposed merger of their telco operations (MergeCo).

The merger application for Celcom and Digi was submitted to the MCMC in July 2021.

Coincidentally, the nod from the regulator comes one day before the deadline for Malaysia's telco operators to subscribe to a stake in the nation's 5G infrastructure asset owner Digital Nasional Bhd (DNB) as part of a compromise to roll-out the infrastructure under the single wholesale network (SWN) model.

Shares of Axiata rose as much as 16 sen following the news, before settling five sen higher or 1.78% to close at RM2.86, giving it a market capitalisation of RM26.25 billion.

In a joint statement on Wednesday (June 29), the telcos said the notice signifies that the MCMC does not object to the proposed merger and that the parties will advance to the next phase of the proposed transaction.

“Axiata and Digi are positive on the prospect of the proposed merger having passed a significant milestone in the ongoing approval process.

“Upon completion of the transaction, the parties look forward to realising the potential of the proposed merged company, which is expected to culminate in a stronger capacity to drive digitalisation of society broadly for consumers, businesses, the partner ecosystem and the development of local talent,” they said.

Axiata and Digi said the MergeCo will provide better network quality and coverage as it will be primed to invest in network expansion to support growing demand for data and digitalisation.

In addition, the MergeCo will be well placed to drive 5G solutions, catalyse new growth opportunities for large enterprises as well as small and medium enterprises, and attract and partner global digital giants in support of JENDELA and MyDIGITAL aspirations.

They said in further unlocking the nation’s digital potential, the MergeCo had proposed to invest up to RM250 million over five years to build a world-class innovation centre in Kuala Lumpur to keep Malaysia at the forefront of the global digital evolution.

They said the innovation centre will be pivotal in advancing extensive research and development leveraging 5G, AI and Internet of things (IoT) technology.

He said that as two companies with a strong track record in contributing towards nation-building, "we are also excited about the digital inclusion and growth opportunities that the MergeCo and the proposed innovation centre will catalyse".

“We look forward to playing an active role in encouraging national competitiveness through the provision of world-class connectivity and research platforms while also supporting the nation’s entrepreneurs and digital talent in the race to confidently position Malaysia for growth in the digital economy,” he said.

Meanwhile, Jørgen Arentz Rostrup, the executive vice president and head of Telenor Asia, said the companies had reached a positive milestone in the Malaysian merger process with this regulatory clearance.

“We are excited to move towards realising the full potential of bringing these two companies together, establishing a commercially stronger and more resilient digital service provider.

“With the proposed structural moves in Thailand and Malaysia, Telenor has a clear ambition to create future-fit companies that can better support ambitious national digital aspirations and bring new, advanced services to consumers across the region,” he said.