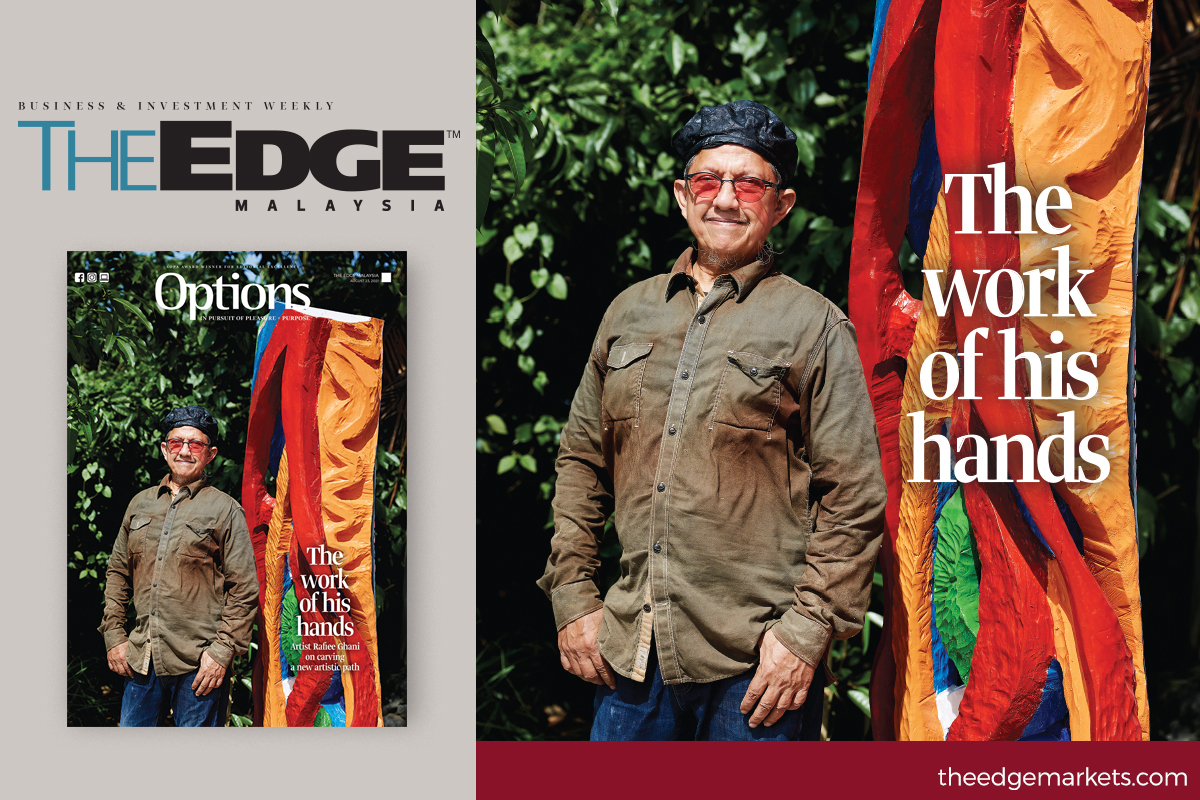 KUALA LUMPUR (Aug 22): As one of the country’s foremost abstract expressionist painters, Rafiee Ghani has carved an artistic career that is inextricably intertwined with his travels.

From driving alone in Algeria and Mauritania to navigating the deep interiors of China and Afghanistan, to name a few, Rafiee enjoys seeking out hidden communities in often chaotic or controversial countries.

But what happens when a painter-traveller is grounded at home?

Rather than taking some well-earned time off, the artist decided it was high time to reinvent himself and turned to wood sculpting.

The creative process could not be further from the eloquence of paintbrushes and it meant learning from scratch.

“But I’m motivated, and I’m happy,” he says in this week’s Options cover story. “Tired, yes, sometimes frustrated, but I’m learning new things and getting new ideas and achieving them.”

Also in this issue, we speak to Floriane Novello, the newly appointed business executive officer of Nespresso Malaysia, who recently moved to Kuala Lumpur.

On the other hand, Arnold & Son chief executive officer (CEO) Bertrand Savary, Seiko Watch Corp president Akio Naito and Longines CEO Matthias Breschan share a glimpse of their priorities and early decisions when taking on a position of great responsibility in a time of crisis.

Plus, Alyaa Agus and Liyana Zamzuri, the printmakers behind Instagram-based brand Lea, talk about their hand-blocked prints inspired by traditional motifs, while Jenn Low, the founder and managing director of Wanderlust + Co, touches on her new initiative for children, Project Happy Bags.

Book lovers should not miss out on what controversial writer Faisal Tehrani has to say about literature and beyond as he sees sense in disobedience.

Find out in the Aug 23 issue of The Edge Malaysia weekly.