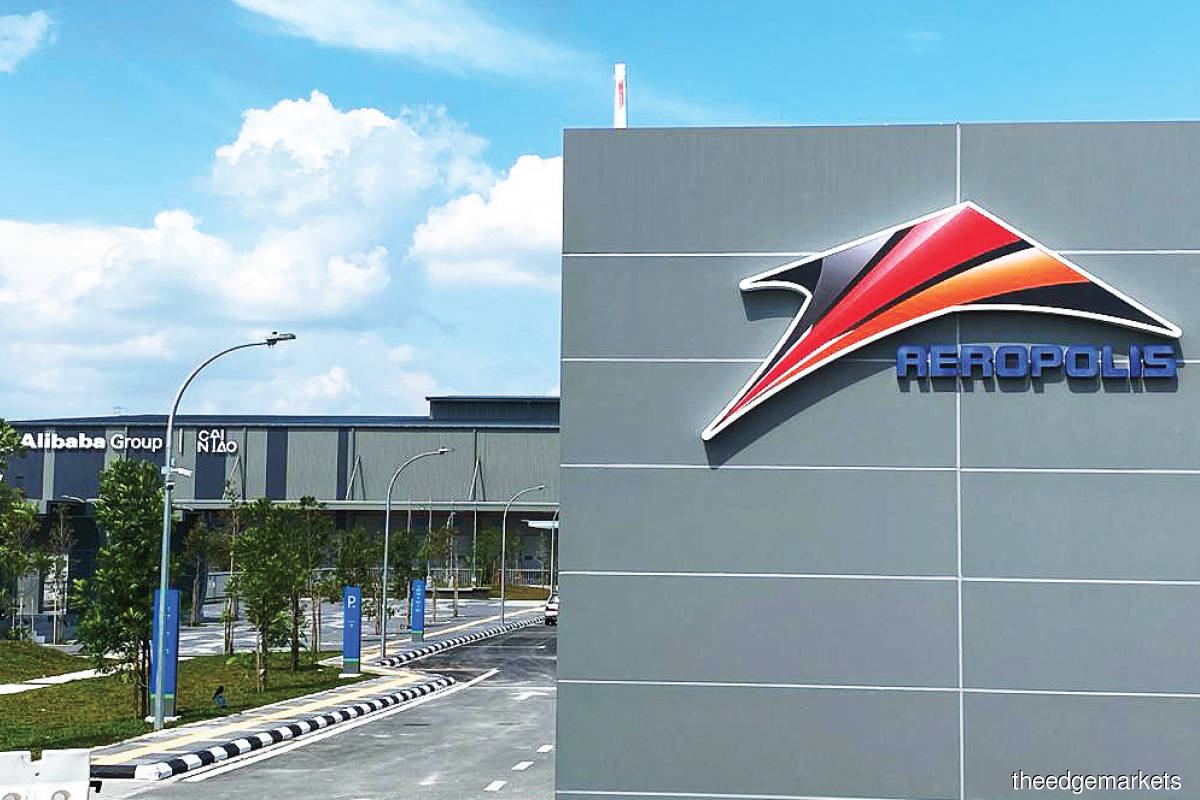 In 2016, MAHB, which manages and operates 39 airports in the country, launched the plan to develop the federal land surrounding Kuala Lumpur International Airport (KLIA) in Sepang and Sultan Abdul Aziz Shah Airport (Subang Airport) in Subang, Selangor, into an airport city.

Since then, MAHB has secured several large tenants, including DHL Express, Airbus, Cainiao Network — the logistics arm of China’s Alibaba Group — and Japan’s Mitsui Fudosan. Even so, the airport operator was not able to sell properties in KLIA Aeropolis as quickly as it wanted to because the plan faced a handful of obstacles, one of which was the short-term lease on the land.

In addition, Putrajaya agreed to carve out KLIA Aeropolis from its existing operating agreement (OA) with MAHB — effectively giving KASB the rights to develop the land much like a real estate developer.

Market watchers believe this is a big needle mover for KLIA Aeropolis.

“[With the 99-year lease,] MAHB is in a better position to develop the landside area of KLIA into an airport city. In the past, it could not do it, for one thing because the land there had a very short tenure. Investors and tenants in industrial property prefer land that offers long-term lease security as they would plough a significant investment into the venture,” a property expert tells The Edge.

It has been a long time coming given that MAHB has been in negotiations on a land lease agreement and a development agreement with the relevant government agencies for the past several years.

Currently, MAHB has two OAs with the government — one which covers KLIA and klia2, and another for other airports in Malaysia — which were signed in February 2009. The existing OAs see MAHB’s concession period to operate the 39 airports ending in 2034. While it had in 2019 obtained the cabinet’s approval in principle for the extension of the concession period for another 35 years until 2069, the details of the agreements are still being finalised with the relevant government agencies.

According to analysts, MAHB is also seeking more flexibility from the government on matters of setting airport charges, capital expenditure outflow and sharing of user fees.

The 99-year lease on the KLIA Aeropolis land has been hailed by analysts as a major boost for MAHB. “Previously, it could only grant investors leases until 2034, but when you talk about commercial or industrial real estate development, investors want long-term leases,” says an analyst. With the carve-out of KLIA Aeropolis, the analyst says the OA will now only be related to the airport operations of KLIA.

“The lease and development agreements (signed between KASB and the Federal Lands Commissioner on Nov 17) are related to the non-airport operations of KLIA, which is the commercial development.

“So, even if MAHB’s concession to operate the airports in Malaysia ends in 2034. KASB as a unit can continue to develop the KLIA Aeropolis independently,” the analyst adds.

According to the KLIA Aeropolis concept master plan, the development makes up about 40% or 8,548 acres of the total 22,165 acres of land at KLIA. The remaining 60% or 13,617 acres are for airport-related operations, including KLIA and klia2.

“The Mitsui Outlet Park, MAHB corporate office, Sepang International Circuit and some solar farms currently occupy the land at KLIA Aeropolis. About 15% of the land there is occupied, so there’s more to be developed,” says the property expert.

The KLIA Aeropolis development is driven by three core clusters — aerospace and aviation, cargo and logistics, and meetings, incentives, conferences, and exhibitions (MICE) and leisure — while Subang Airport focuses on its aerospace, business aviation and urban community ecosystem.

However, Bursa Malaysia filings show that the 99-year leasehold status does not cover the 1,200 acres of land surrounding Subang Airport.

MAHB’s plan to undertake its RM1.3 billion Subang Airport Regeneration plan has been in limbo since last year following a dispute with WCT Holdings Bhd, which had proposed to redevelop the airport and its adjacent areas at an initial cost of RM3.7 billion over the next 10 years. WCT, through its 60%-owned subsidiary Subang Skypark Sdn Bhd, currently operates the SkyPark Terminal (formerly known as Terminal 3) at Subang Airport under a 30-year sublease concession agreement with MAHB that ends in December 2037. It has an option to extend the concession for 29 years. A person familiar with the matter says discussions are still ongoing between MAHB, WCT and the government on the best way to proceed.

MAHB slipped into the red for the first time in the financial year ended Dec 31, 2020 (FY2020), as air travel came to a near standstill due to Covid-19-related travel restrictions. The group posted a net loss of RM1.12 billion against a net profit of RM537 million the year before, as revenue fell 64% year on year to RM1.87 billion.

Analysts are expecting MAHB’s full-year net loss to further narrow to RM189 million in FY2022 before recovering to post a net profit of RM373.5 million in FY2023, according to estimates compiled by Bloomberg.

MAHB’s share price has edged up 1.01% so far this year, but the new OAs with the government could be a catalyst to watch. The counter closed at RM6.03 last Wednesday, which translates into a market capitalisation of RM10 billion.