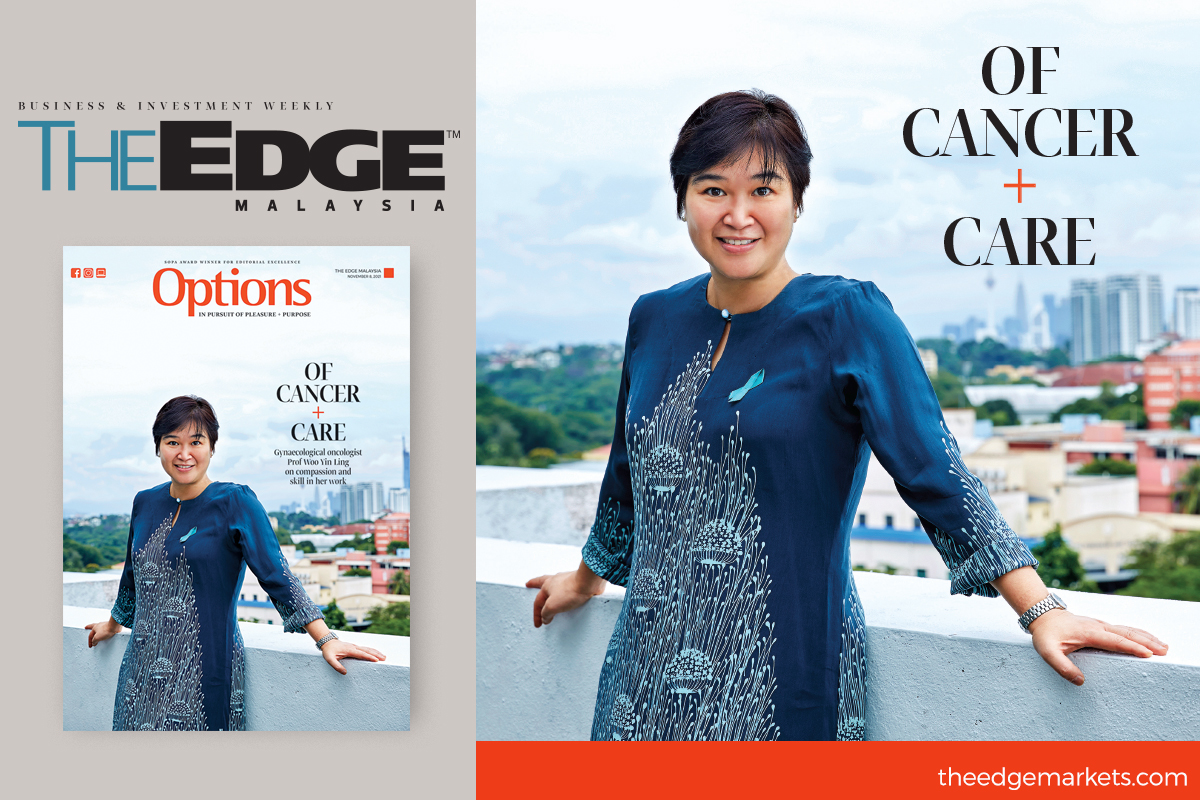 KUALA LUMPUR (Nov 7): Prof Woo Yin Ling, consultant gynaecological oncologist at University Malaysia Medical Centre, believes doctors need to listen to their patients. Only then can they design interventions, in cancer care for one, that women will take up. Real improvement will only come when every woman has access to treatment. For that to happen, the government has to step in, she said.

Woo was one of 12 recipients of the 2021 FIGO Women’s Awards given by the International Federation of Gynaecology and Obstetrics, for her work in the field. Next year, she will work with the World Ovarian Cancer Coalition (WOCC) on its 'Every Woman Study: Low- and Middle-Income Edition'. This is the first time Malaysia is included in the survey and she is the lead clinician.

Breast and ovarian cancer survivor Celina May Benjamin was approached by Prof Woo to support patient advocacy work under the WOCC. Celina shared plans for that in the country, and her cancer journey.

What’s in a name? Datuk Seri Nazir Razak attempts to answer that in his memoir, which looks at the legacy left by his father Abdul Razak, Malaysia’s second prime minister, his years as a banker and what the country should do to move forward.

Two octogenarians are holding art exhibitions in Kuala Lumpur. Master printmaker Ilse Noor hopes to draw people back to nature with her etchings, while veteran photographer Eric Peris commemorates the 10th anniversary of his mother’s passing with Matha.

Get the latest issue of Options, out with the Nov 8 edition of The Edge Malaysia weekly.