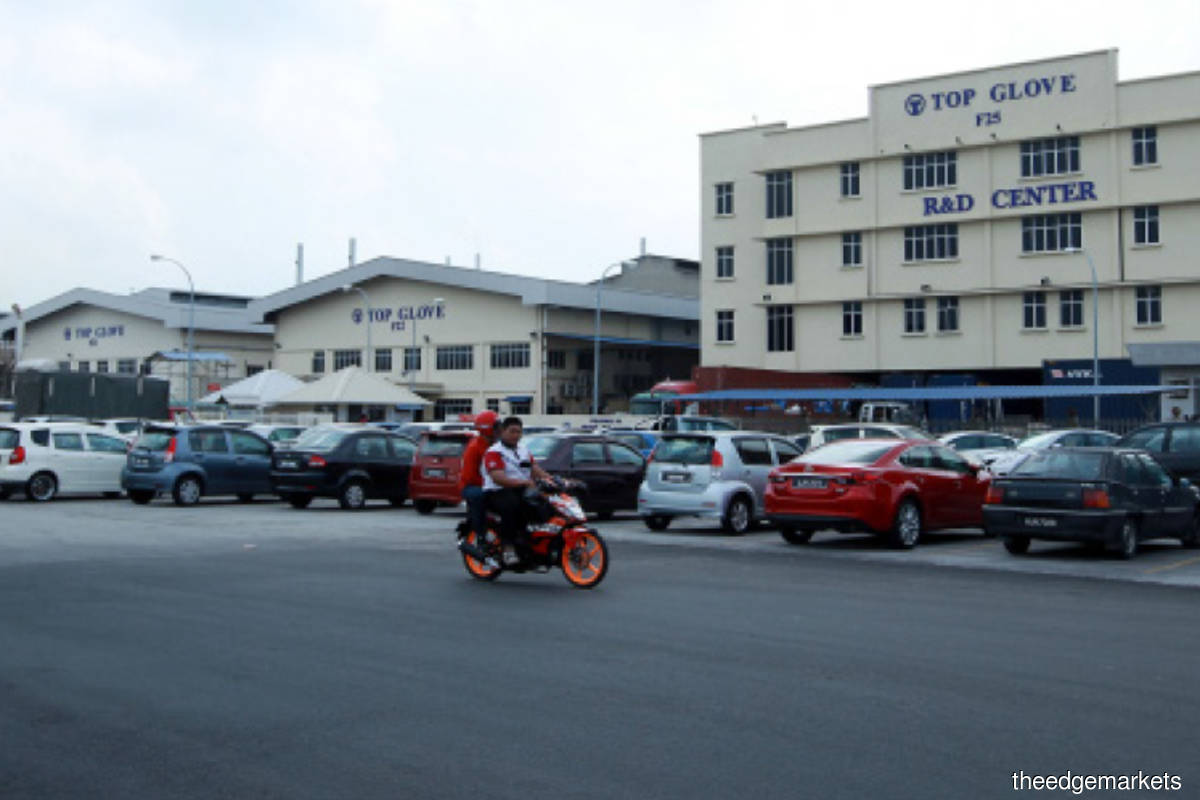 Well, some glove bulls think that is a possible scenario.

Interestingly, if Top Glove were to trade to RM110 apiece, this would mean its market cap could reach a whopping RM295 billion, surpassing that of even DBS Group, which had a market cap of S$52.4 billion (RM161 billion) as at last Friday.

So far, no Malaysian-listed company has managed to breach the RM150 billion mark.

In a research note published last Tuesday, Ng raised his target price for Top Glove from RM22.40 to RM46.40, hinging on a PER of 30 times ascribed on his forecast earnings.

Ng’s optimism is premised on a high possibility that Top Glove’s average selling price (ASP) could be higher than his base case of 5% m-o-m increment, given the strong surge in demand for gloves. “If selling prices were to increase by 8% to 10% m-o-m each month in FY2021E, our earnings forecasts would be lifted between 24% and 42%,” he said, adding that Top Glove could see direct earnings improvement, owing to operating leverage, as cost does not increase in tandem with an increase in ASP.

In terms of the potential effect from the US Customs and Border Protection’s detention order on disposable gloves produced by two of Top Glove’s subsidiaries, Ng thinks the impact on the group’s earnings is manageable at 5% to 6%.

He also believes that, should there be any unfavourable circumstances, Top Glove could reroute its orders for the US to other countries at spot prices, which could give the glove maker better margins, as spot prices are generally higher by about 5%.

Just the previous day, Top Glove had edged out Public Bank by a margin of nearly RM1 billion.

So far this year, Top Glove’s ranking by market cap has jumped 31 places, from 34th to third-largest in Malaysia.

A similar scenario has unfolded in Singapore, where Top Glove is also listed. Top Glove Singapore is now the 10th-largest company on the Singapore Exchange, with a market cap of S$22.66 billion. So far this year, it has skipped past 41 companies, from 51st position at the start of 2020.

Notably, Top Glove is also among the stocks listed on the Dow Jones Sustainability Emerging Markets Index (DJSI) in September 2019 in recognition of its sustainability practices.

Top Glove is ranked 15th out of 44 healthcare companies, placing it among the top 33% performers across all DJSI indices.