'That bus has gone': EU sees no Brexit U-turn now 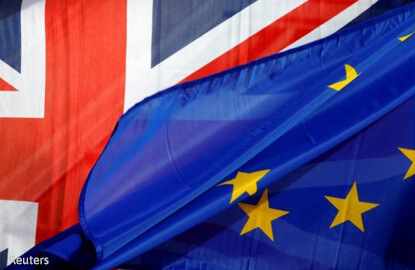 BRUSSELS (Feb 19): Tony Blair wants fellow Britons to "rise up" and block or soften Brexit, but it may now be out of their hands — many Europeans just want them to get on and get out.

After their June referendum vote to quit the EU, stunned European leaders insisted Britons were welcome to change their minds. That may have encouraged those like ex-premier Blair who last week challenged Prime Minister Theresa May's plan to launch the process next month and exit in two years whatever the EU offers.

Yet whatever their hopes of legal obstacles or of an electoral backlash, the mood across the rest of the bloc has shifted away. While officially the door remains open to Britain to stay, many on the continent would not welcome a U-turn now.

"This bus has left," said one senior EU diplomat.

"No one is happy about it. But we have moved on and the last thing anyone wants now is to reopen the whole issue."

To be sure, with close-fought elections in core EU members France and Germany this year and upstart populist movements shaking up politics across the region, few would want to predict with any confidence the final outcome of the Brexit process.

Yet that view is shared by diplomats from a range of the other 27 EU states, and by some EU officials: "It's going to happen," one of the latter said. "It's bureaucratically embedded."

Even among allies with most to lose from Brexit, there is little talk of a reprieve: "We have to accept the decision that Brexit will happen," Irish Europe Minister Dara Murphy told a Dublin forum where many voiced fears for Ireland's economy.

From the European Commission, the Brussels executive whose Michel Barnier will negotiate Brexit for the Union, some also detect harder tone, warning against those in Britain who want to pull back from a "hard Brexit", or the clean break with the EU market that May spelled out last month.

"The mood in Brussels ... has hardened really over the last few weeks," said Giles Merritt, chairman of Brussels think-tank Friends of Europe.

Some still talk of hope: "Despite the hard rhetoric and threats by the British government ... the European Union remains a project of mending," said German lawmaker Terry Reintke, who speaks on Brexit for the Greens in the European Parliament.

"If the UK was to decide to stay a member of the European Union, the Greens will fight against closing the door."

But Germany, France and other big powers worry that being soft on London could lead to a further unravelling of the EU.

So even if May were to seek a "soft Brexit" — under which it would notably retain full access to the EU's single market in return for accepting its rules -- many have lost patience with a Britain that has long secured special favours.

"Tempers are now so frayed, it would require a huge volte face from Downing Street for them to be able to accept that without a massive loss of face," said Friends of Europe's Merritt.

Once May formally notifies the Union next month of Britain's intent to withdraw under Article 50 of the EU treaty, turning back would run into a political and legal minefield.

May argues her letter will be legally irrevocable. Many EU officials believe the process could be halted — as long as most, or perhaps all, the other 27 states agreed to that. But it is that political will which now seems to be in question.

In October, Donald Tusk, the former Polish prime minister who chairs the Council of EU national leaders, told Britons that a U-turn would be legal and, crucially, that the 27 would welcome it. But, he warned them, "soft Brexit" was not an option — the choice for London would be "hard Brexit or no Brexit".

And there seems little willingness to offer favours of the kind that might help British voters change their minds.

May's predecessor David Cameron got a deal he hoped would win him the referendum by letting Britain curb EU immigration. Now, not only is that off the table but some might use a Brexit U-turn to push London to give up other privileges, such as its roughly 50-percent rebate on EU dues, if it wanted to remain.

One long-time senior EU official said few would ultimately want to snub Britain if it had a change of heart: "But," the person said, "The EU could want to impose some conditions, limiting the special status it has enjoyed in so many areas."