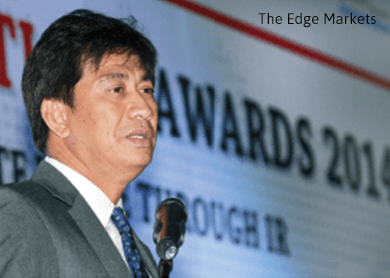 In a filing with Bursa Malaysia yesterday, the exchange regulator said total segment profit for 1QFY15 was RM82.2 million, up 5% from RM78.3 million in 1QFY14.  On the securities market, Bursa said the operating revenue and segment profit in 1QFY15 was similar to 1QFY14, which stood at RM86 million and RM68 million respectively this year.

It added that listing and issuer services decreased by 17% to RM10.8 million in 1QFY15 due to lower initial and additional listing fees, resulting from absence of initial public offerings and fewer corporate exercises.

“Depository services increased by 8% to RM8.4 million in 1QFY15 compared with 1QFY14. The increase was due to higher Central Depository System fees and securities borrowing and lending fees,” it said.

On the derivatives market, Bursa said this segment recorded a profit of RM13.7 million in 1QFY15, a 14% increase from RM12 million in 1QFY14 due to higher number of contracts traded.

“Derivatives market operating revenue for 1QFY15 was RM28.1 million, representing an increase of 11% from RM25.2 million in 1QFY14,” it noted.

“We expect 2015 to continue to be challenging due to uncertainties in major economies and crude oil prices,” said Bursa chief executive officer Datuk Tajuddin Atan in a statement.

“The prospects for Malaysia’s economy however will remain positive with 4.5% to 5.5% expected growth in gross domestic product supported by strong economic fundamentals.

“On our part, we will intensify our engagement and promotional efforts to attract more local retail and institutional participation. We will continue our own series of foreign institutional roadshows in the second quarter and roll out more products and services in the coming months,” he added. 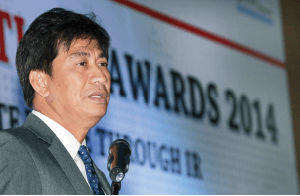