Budget 2021: What’s next after the first hurdle? 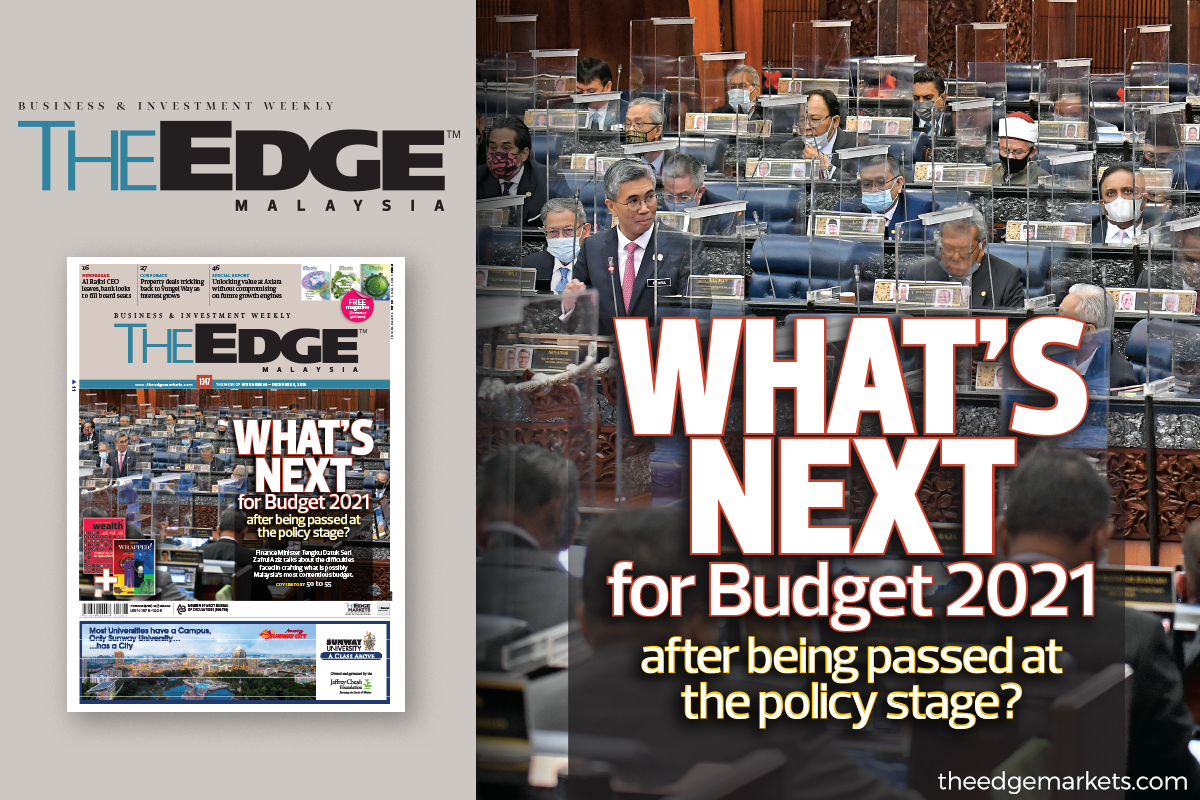 KUALA LUMPUR (Nov 28): Budget 2021 is not only the largest budget historically — it is also one of the most contentious budgets in recent history. It is a budget for extraordinary times in the midst of a global pandemic as well as a political crisis here.

On top of that, Budget 2021 is also the first budget in recent memory under which the finance minister has to make additional allocations based on feedback from Members of Parliament (MPs) from both sides of the aisle to get it passed at the policy stage.

It has been an intense and long month for Finance Minister Tengku Datuk Seri Zafrul Tengku Abdul Aziz, leading up to the Budget 2021 speech in early November and thereafter the crucial voting on the budget that took place in Parliament this week.

“It has been crazy. My team slept here at the Ministry of Finance (MoF) for several weeks in the run-up to the budget speech. Many of us survived on four hours of sleep [per day] over the last month.

“Usually, after the budget speech, that’s it. You get everything approved. However, this time round, my team and I had to continue preparing for the Parliament debate, listening to all of it and getting ready with all the answers. It’s a lot of work. But the challenge now, once we get the budget through all the way to the Senate, is the execution. That is what people will judge us by,” he said in an exclusive interview with The Edge in the late afternoon on Friday.

The budget has passed its first hurdle in Parliament, which Tengku Zafrul sees as the “most important milestone”. But it was not a smooth path.

The lead-up to the crucial budget voting came with much speculation that it might not receive enough votes for approval from the opposition.

Now that it has passed the policy stage, the budget will be debated and voted at the committee stage in December before heading to the Senate for the final vote.

The budget may have been passed at the policy level, but it is not entirely passed yet as there is still the committee level, said Bangi MP Dr Ong Kian Ming.

“It is technically wrong to say that Budget 2021 has been passed or partially passed. It has not been passed yet,” Ong told The Edge.

Despite opposition leaders saying that they will continue to challenge the budget next week, Tengku Zafrul is hopeful that the proposals will be pushed through, enabling the government to move ahead with the execution of the proposed plans announced.

When asked if he expects any problems at that committee-level voting, he replied candidly: "That one I don’t know."

In the interview which lasted slightly over an hour, the minister answered several key questions that arose as a result of the additional expenditure announced during the parliamentary voting session on Thursday.

The first thing he clarified was that the additional measures announced amounted to RM500 million. That came on top of the behemoth RM322.5 billion budget proposal — the largest in history — previously announced on Nov 6.

“RM500 million is not demanding in the context of RM322.5 billion. Even with these additions, it is small enough to ensure that our deficit remains at 5.4% next year,” he explained.

He also spoke about the hotly debated topic of Employees Provident Fund (EPF) withdrawals as well as potential new taxes in the pipeline.

Read more in The Edge Malaysia weekly this week.