The BRICs are dead 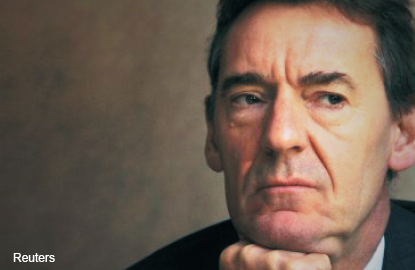 This article first appeared in The Edge Financial Daily, on November 13, 2015.

BRAZIL, Russia, India, China — BRIC. The acronym was pushed as a hot investment idea in the heady 2000s. Back then, before the financial crisis, steady economic growth was expected to last forever in rich and poor countries alike, with poor countries growing much faster.

Jim O’Neill, then of Goldman Sachs, simplified the theme for the investing masses. The four biggest developing economies were on the smooth road to riches, and investors could hop on for a profitable ride.

It has not worked out quite as planned. The gross domestic product (GDP) growth rate of China, by far the largest of the four economies, has slowed faster than its boosters expected. The Middle Kingdom may now be on the edge of a real estate bust and recession. GDP is currently falling in Brazil and Russia, and India’s rosier numbers have been boosted by generous statistical adjustments.

Foreign investors in BRIC stock markets have not done too badly since O’Neill’s heyday. In the last 10 years, the annual 6.3%gross return on the MSCI BRIC index has just about matched the 6.4% on the World Index.

However, the BRIC index has badly underperformed the world and the broader MSCI emerging market index for the last five, three and one years, mostly going down while developed economy markets went up.

The stock market declines reflect the abandonment of the BRIC thesis by investors, and they also perpetuate it. As a sort of death knell, Goldman Sachs has closed down its own dedicated BRIC fund. O’Neill, a former currency economist who has moved on to become a minister in the British government, might be feeling a little sad.

Albert Edwards, the perpetually gloomy strategist at Societe Generale, can gloat. In 2011, he said BRIC should stand for Bloody Ridiculous Investment Concept.

That markets have bolstered Edwards’ view is not all that surprising. Share prices may eventually tend to follow GDP growth, but in developed economies the two have often diverged for decades. In poor countries, there are more reasons for stocks to go their own way.

Still, what O’Neill mainly had in mind was something far more durable than any stock market run. He noted that most poor countries were steadily becoming less poor, and that this process was changing the world’s economic balance. That idea is as valid today as it was 15 years ago.

Back then, the longstanding post-colonial economic split was still obvious. The Chinese economy was expanding fast, but it was not yet big enough to tilt the worldwide balance. Per capita GDP in India and the other countries of South Asia had been growing more slowly than in most developed countries. Latin America was a perpetual disappointment.

Three big changes were lurking, though: ideology, demographics and institutions. The fall of the Soviet Union and the success of China and South Korea demonstrated to politicians in many countries that governments needed to promote the private sector for economies to flourish. Smaller families allowed for increased investments in education, without which sustained growth is impossible.

Most important, the quality of institutions was gradually improving. Prosperity increases if and only if private corporations, government agencies, hospitals, schools, universities and less formal groupings of business people are staffed by competent people who do their jobs reasonably well.

Institutions in poor countries remain much weaker than in rich ones. But as more people in poor countries become more educated, the values and practices which reduce poverty and create wealth become more widespread. As wealth spreads, health and education improve, so the next generation has more to offer than the last. More is invested in physical and human capital. Institutions become stronger.

The financial crisis slowed progress, causing capital to be withdrawn from emerging markets and commodity prices to fall. Old problems have resurfaced. However, the latest economic predictions from the Organisation for Economic Co-operation and Development (OECD), often referred to as the rich country club, show the basic BRIC story remains good.

GDP for OECD members is expected to increase 2.2% in 2016. That is not bad for countries which are already highly prosperous, but it is far below the 4.2% predicted for the non-OECD members.

The rate at which the poor are catching up to the rich is slowing, but has been going on for long enough to change the world. Of course, trends need not last forever. Some development economists anticipate that China and other currently successful countries will be caught in middle-income traps. They are right if society cannot evolve along with the economies, so that corruption or social conflicts undermine growth. Then, the stagnation of the pre-BRIC century could return.

Poorly managed financial systems are another risk. Even if these risks materialise, there is probably enough extreme poverty left to eradicate, and financial resilience yet to be built, that years of faster growth in poor than in rich countries is still possible. The steady rise of a global middle class is set to continue. In short, the demise of the highest profile BRIC fund does not indicate the end of an era. — Reuters