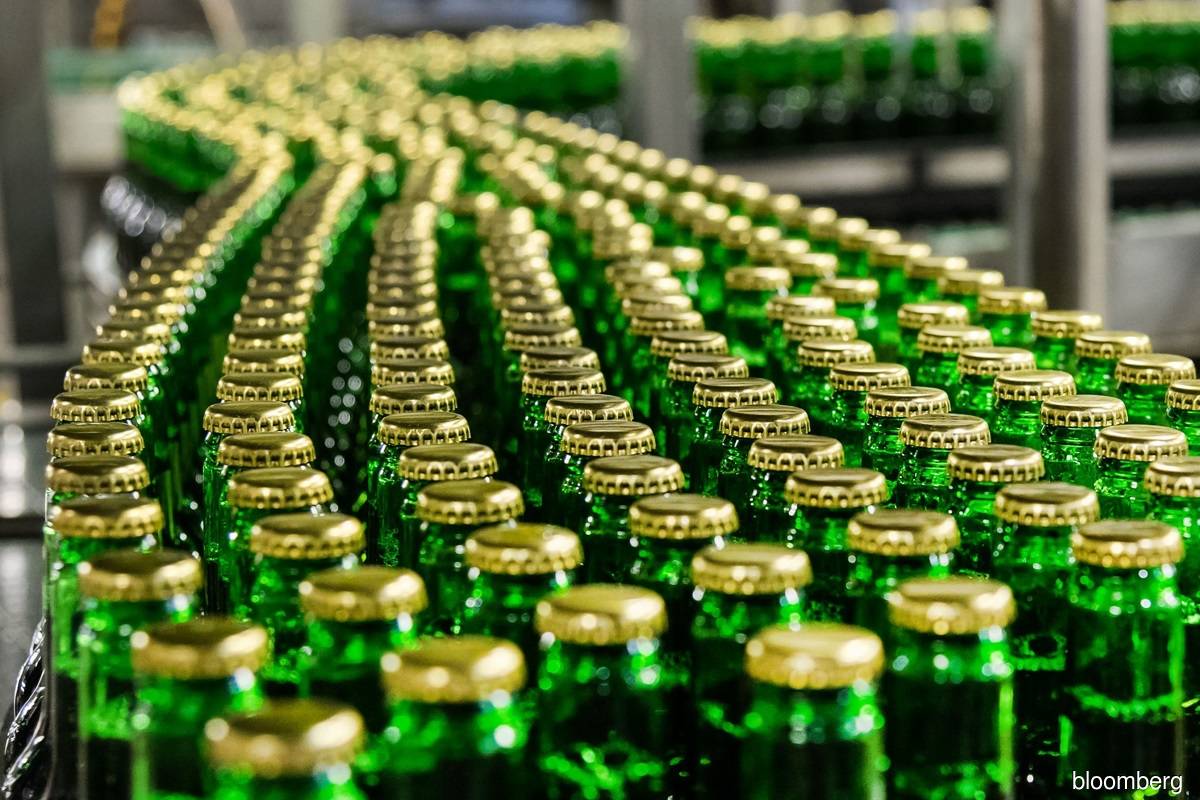 Given the strong results, Soong raised his FY22 to FY24 earnings estimates by 6% to 10%. He is anticipating Heineken to report annual net profit of RM381 million for FY22, further growing to RM418 million for FY23 and RM434 million for FY24.

Soong also raised his target price for Heineken to RM30.50, from RM29.20 previously, maintaining a "buy" call for the stock.

"We view the current valuation (trading below its five-year mean) as unwarranted considering the robust consumption on the back of contained contrabands and pricing power to pass on higher costs without deterring its volume, thanks to the relatively inelastic demand for beer.

"We continue to like the stock for its market leadership and attractive dividend yield of 5%-6%," Soong said.

Similarly, Kenanga Research analyst Tan Jia Hui, who is maintaining a "market perform" call on Heineken, also raised his target price to RM25.80, from RM25.60 previously, as Heineken's 9MFY22 profit came in above the research outfit's expectations on a major rebound in sales volume.

"We believe the group has begun to reduce their net cash position built up during [the first half of FY22] to increase inventory levels in preparation of increased raw material prices. While there may still be some impacts, this could partially offset the rising cost of raw materials in 4QFY22. Conversely, while the [fourth quarter] has been historically strong due to holiday sales and forward buying for Chinese New Year, some of those impacts might have been front-loaded into 3QFY22 given the price hike on Aug 1. Thus, while 4QFY22 is still expected to be strong, quarter-on-quarter growth may be lower than expected," Tan noted.

"However, we remain wary of sustained inflation eating into the premium segment's performance and generally slower growth in FY24," Tan said, adding that the expected dividend yield of 5.5% is also less enticing in the current environment of rising interest rates.