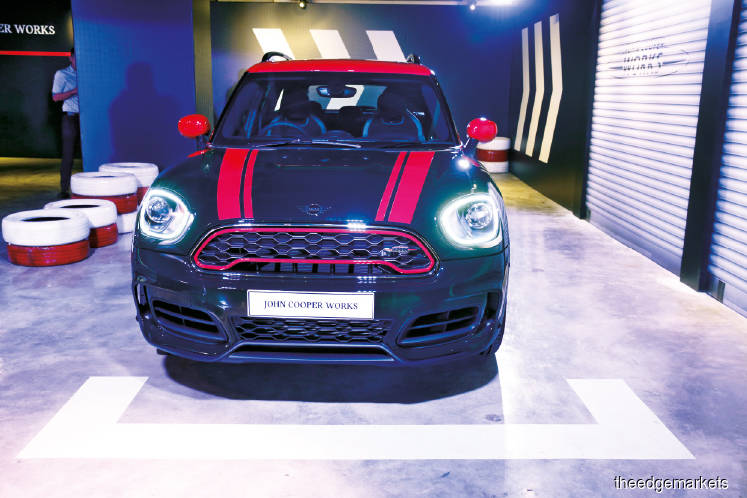 All three MINI models are manufactured in Oxford, the UK. All three models are fully imported from MINI’s manufacturing facility in Oxford, the UK.

“Due to the position of the car and where it sits in the premium segment, we will continue to keep it that way [to continue importing],” said BMW Group Malaysia head of corporate communications Sashi Ambi.

He said that the Clubman — first introduced in the Malaysian market in 2016 — is MINI’s third-best selling model after the Countryman and Hatch. The locally-assembled Countryman is exported to Thailand.

Year to date, over 900 MINI models have been delivered with Malaysia being the first market in Southeast Asia to see the launch of the new Clubman model.

The MINI brand is the third-largest car marque in the Malaysian premium car market, a position Sashi observed is “a great result for a small premium brand like MINI, but obviously there are areas to improve on”.

BMW Group Malaysia is aiming for single-digit sales growth this year for all models in its stable.

In a statement, managing director Harald Hoelzl said the new MINI Clubman continues to build on the “innovations and successes” of its predecessors. “To date, we have made over 900 deliveries from the MINI portfolio. This signifies growing demand for MINI vehicles nationwide, and we are excited to introduce yet another MINI model to bring fun-filled driving to MINIacs everywhere.”

He noted the new Countryman and Clubman models are among the most powerful variants in the brand’s 60-year history. “These two new models have been given more power than ever before with a new engine that is worthy of the racetrack,” he said.

The new models come with a four-year unlimited mileage warranty, and free scheduled service. The Clubman’s on-the-road (minus insurance) price is RM298,888, while the Clubman HP306 retails at RM358,888, and the Countryman 306HP at RM378,888.