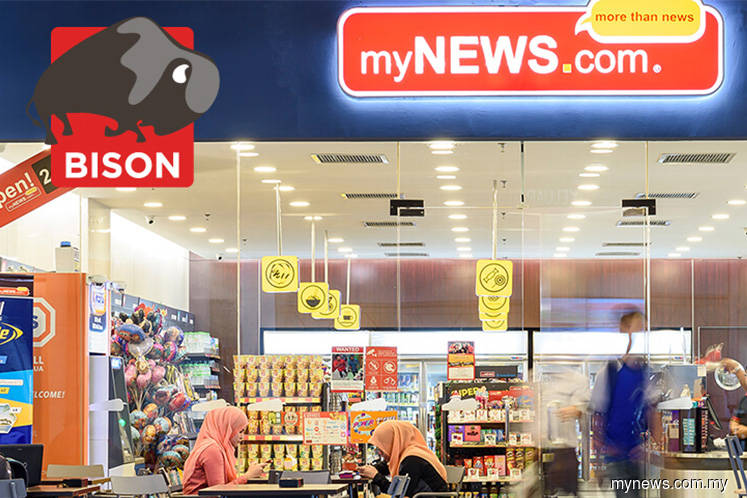 KUALA LUMPUR: Bison Consolidated Bhd, which runs myNEWS.com outlets in Malaysia, is diversifying into food production to grow its business.

Bison’s food production venture, for which it will put in a total initial investment of RM35.7 million — to be funded using internal funds and proceeds from its private placement announced on Aug 30 — will be undertaken at a new food preparation and packaging facility in Rawang, Selangor.

Under the deals, Bison will have a controlling 51% stake in the two JV companies to be set up, namely Mynews Kineya Sdn Bhd and Mynews Ryoyupan Sdn Bhd, with an issued and paid-up share capital of RM50 million and RM20 million, respectively.

“There is increasing demand for convenient access to retail stores that offer a variety of quality products and services. Therefore, these JVs are in line with Bison’s growth and expansion strategy,” said the group’s chief executive officer Dang Tai Luk at the signing of the agreements yesterday.

Dang said some RM50 million worth of investment will be going into building the five-level food processing factory in Rawang, which is targeted to start operations in the first quarter of 2019. “[A selection] of products will be available on a trial and research basis, but the full scale of [offerings] will be rolled out in the first quarter of 2019, which is when the food processing facility will be fully operational,” Dang said.

Dang said the group is on track with its target to open 70 new convenience stores in the country this year. To date, the company has opened 44 new stores, bringing its nationwide tally to 367 outlets. It plans to open another 90 new stores next year.