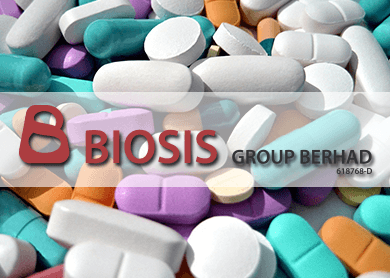 Consequently the company’s shares would be suspended from trading starting next Wednesday. The company would be delisted on July 7, unless an appeal against the decision is submitted by July 2.

However, the pharmaceutical product maker, which slipped into Practice Note 17 status in June 2013, defended that the regulator’s decision to reject its regularisation plan had not taken into account certain aspects of the company’s revamp scheme.

In a filing with Bursa Malaysia yesterday, Biosis (fundamental: 0; valuation: 0) said Bursa had not considered the additional key management personnel besides appointments and redesignation of directors within the company.

“The new regime is refining and supplementing the proposed regularisation plan, in order to accelerate the turnaround efforts to better address the concerns of Bursa Securities,” Biosis said.

Biosis said “the losses and/or lack of apparent profitability for the period up to March 31, 2015, are mainly due to impairments and provisions made, and accrued interest that would be reversed upon completion of the implementation of the proposed regularisation plan.”

The company posted an operating profit of RM495,000 for 4QFY15 compared to an operating loss of RM5.16 million.

Looking ahead, Biosis said it would deliberate on the regulator’s decision and make relevant announcements on the matter.