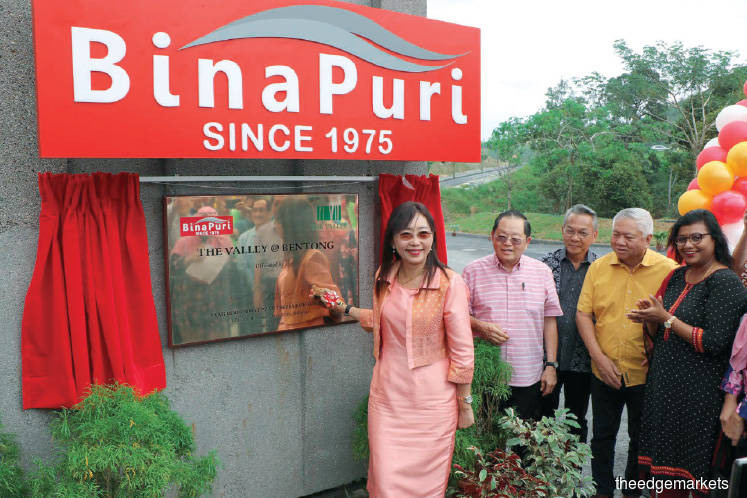 Bina Puri Holdings Bhd launched The Valley @ Bentong, Pahang, on March 3. Developed by its subsidiary, Karak Land Sdn Bhd, the agriculture-based project will have farms and homesteads, and occupy 1,600 acres. With a gross development value of RM152.7 million, it is set to be a farming community.

According to Bina Puri group executive director Datuk Matthew Tee, The Valley will comprise four components or zones. The first, called “The Kerau”, will cover 600 acres — divided into Phases 1 and 2 — and feature homesteads. It is named after Sungai Kerau, which flows from the west to the east of the area that is being developed.

Amenities and infrastructure such as a clubhouse, roads, drainage and utility supply will be provided by the developer but the landowners will have to undertake the construction of the physical structures on their parcel themselves.

“For Zones 3 and 4, we have sold 433 acres of the leasehold land and the balance 333 acres will be reserved for future developments,” he added.

The Valley is an hour’s drive from Kuala Lumpur, with easy access to the Kuala Lumpur-Karak Expressway.