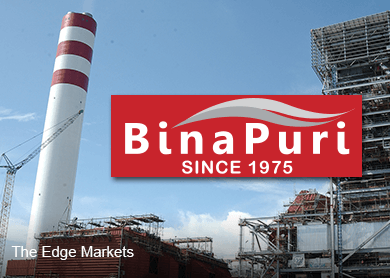 In a filing today, Bina Puri said its unit Bina Puri Sdn Bhd had accepted the letter of award, adding that the completion period was 18 months.

Bina Puri said with this award, it has secured RM419.66 million projects in 2015 and believes there would be more opportunities to secure further projects by year end.

It said the project was expected to contribute positively to its earnings for the financial year ending Dec 31, 2015.