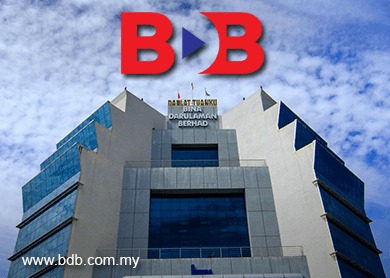 Its group managing director Datuk Izham Yusoff said the Kedah-based oil palm plantation and property group will pursue aggressive property development this year, with a focus on the affordable housing market in Kedah.

"The focus in the next few years is for us to develop affordable homes, particularly in Kedah. The demand (for such homes) is huge," Izham told a press conference today.

For the first quarter ended March 31, 2015 (1QFY15), the Kedah-based oil palm plantation and property group posted a 29.1% decline in net profit to RM3.67 million from RM5.18 million a year ago, while revenue dropped 45.7% to RM36.74 million from RM67.61 million in 1QFY14, mainly due to lower billings for on-going property projects and higher marketing and administrative expenses.

For starters, Bina Darulaman plans to launch an affordable housing project in Langkawi, which will see the roll out of 500 apartment units in Kuah by the end of the year.

"In Kedah, the slowdown in the property market is not as bad as in the Klang Valley," Izham said, adding that the group's latest launch of its Taman Tunku Intan Shafinaz project in Jitra, Kedah saw a take up rate of 70%.

The group is also in talks with the Langkawi Municipal Council to jointly upgrade the Kuah jetty facilities and to construct a hotel and multi-storey car park nearby.

Izham said the four projects in Langkawi has a combined gross development value (GDV) of RM1.5 billion, to be realised over five to seven years.