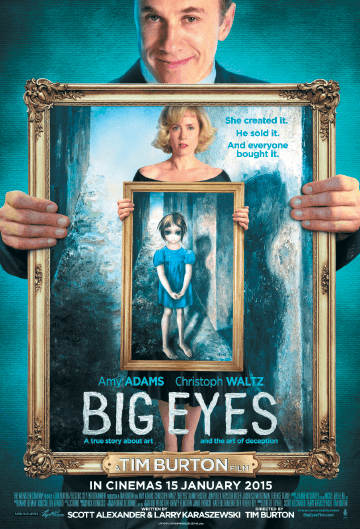 LONG before the advent of Japanese anime and the Powerpuff Girls there were the Keane doe-eyed waifs. These paintings of young children with oversized, expressive eyes caught the world by storm in the 1960s, and they became so popular that you could see them virtually everywhere — from art galleries to posters, and articles in newspapers and magazines.

The artist behind them? Margaret Keane — the impassive, solemn-looking wife of Walter Keane, who had instead claimed credit for painting all these pieces for over a decade.

Tim Burton’s Big Eyes is based on the Keanes’ true story and their long and lengthy internal struggle, and the subsequent media circus of a courtroom story. Amy Adams plays Margaret and Christoph Waltz plays Walter. They depicted their roles to such perfection that they both earned nominations at the recent Golden Globe for Best Actor and Actress. Only Adams won for her portrayal of Margaret.

In drastically un-Burton fashion, there is nothing sinister, odd or weird about this movie, although Margaret’s paintings do somewhat resemble the characters in Burton’s Coraline (2009).

Big Eyes starts in a quiet suburban town in 1958 America, where the audience sees Margaret packing her bags and leaving her first husband with her daughter, a decidedly unfashionable thing to do back in those days. She moves to San Francisco, and meets charming artist, Walter Keane whom she quickly marries.

As Walter tries to pitch both their art work to numerous galleries in the city, he finds himself rebuffed but by a stroke of luck with a dash of charm and marketing wit, he manages to propel Margaret’s doe-eyed waifs to stardom, with a catch: he claims that they are all his work.

According to the real Margaret Keane, Walter bullied her into silence by vehemently insisting that nobody would take a female artist seriously, and that she could never have had enough charm and charisma to buy so many fans and audiences over.

By 1964, Margaret had had enough, left Walter and moved to Hawaii with her daughter. Then, in 1970, she finally broke the truth to the world — the artist and creator of the famous doe-eyed waifs was her, not Walter.

What happens next is a mixture of sheer comedy and relief on the part of the audience that Margaret finally found it in her to stand up for herself for once. Adams captures the daily struggle that Margaret faced for so many years perfectly; and Waltz impresses with his very nearly flawless American accent as well as the charming, flirtatious yet comedic Walter.

While Brit actors such as Emma Watson and Orlando Bloom struggle to even muster a convincing American accent, Austrian Waltz who is obviously a native German speaker does so seemingly without a hitch.

In all, Big Eyes is an interesting look into the history and background of these once famous pieces of art — they have inspired so many similar characters throughout the years. 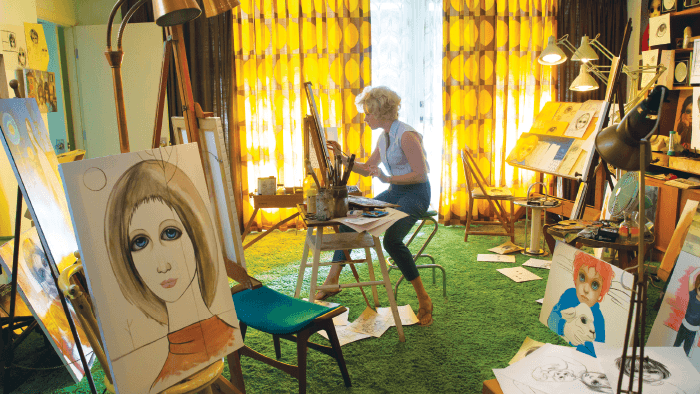