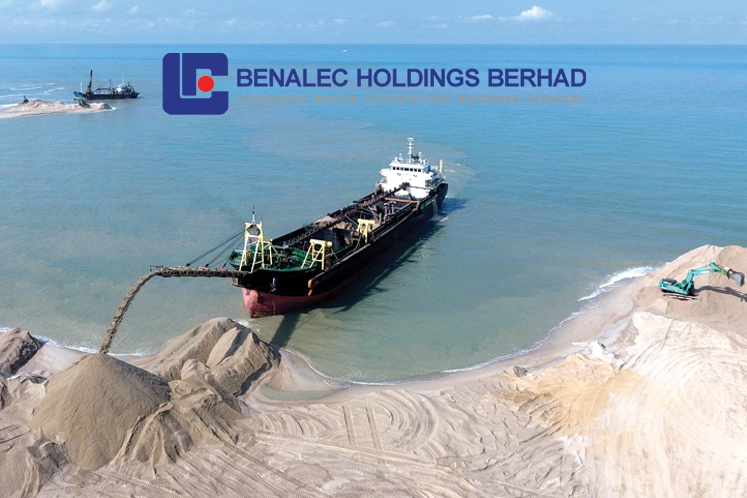 KUALA LUMPUR (April 11): Benalec Holdings Bhd is proposing to raise up to RM31.42 million via a private placement to third party investors to finance ongoing and future land reclamation projects.

In a filing with Bursa Malaysia, Benalec said the proceeds raised will mainly be used for expenses such as raw material costs, payments to sand concessionaires for the rights to dredge sand ex-seabed, payments to suppliers, hire of land equipment and labour costs amongst others.

Additionally, RM10 million will be apportioned for working capital, it said.

It said the group has more than 300 acres of land in Melaka secured via land reclamation contracts which it has yet to reclaim. The group expects to complete the reclamation works within the next few years.

“TPMIP and PMIP will be developed into oil and gas industrial parks, which is in line with the Malaysian Government’s plans for Johor to become a regional oil and gas hub,” it said.

The proposed placement to yet-to-be-identified parties will involve the issuance of up to 112.22 million new shares — representing up to 10% of its enlarged issued shares of 1.23 billion shares — at an issue price to be determined later. For illustrative purposes, the shares were assumed to be priced at 28 sen apiece.

Subject to prevailing market conditions, the proposed private placement may be implemented in multiple tranches within 6 months from the date of approval of Bursa Securities.

Barring any unforeseen circumstances, the proposed private placement is expected to be completed by the second quarter of 2018.