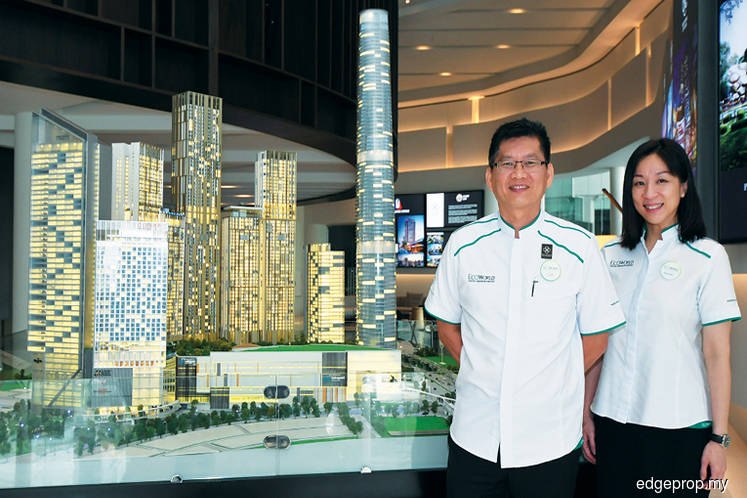 PETALING JAYA: The RM8.7 billion Bukit Bintang City Centre (BBCC) situated at the 19.4-acre former Pudu Prison site in Kuala Lumpur is set to kick-start phase 2 with the launch of its third serviced apartment block in 2019.

According to Bukit Bintang City Centre Development Sdn Bhd CEO Low Thiam Chin, phase 1 of the development is on track for completion in the next two to three years. The company has awarded all the main construction packages for phase 1 and construction is more than 30% completed, to date.

Meanwhile, The Stride office project has seen 60% of its 394,000 sq ft net lettable area taken up by corporations such as co-working space operator Regus, which will occupy some 19,000 sq ft of space.

When completed progressively by end-2020 and early 2021, phase 1 of BBCC will become the new gateway into the Kuala Lumpur Golden Triangle and the future centroid of Greater Kuala Lumpur, said Low.

“We are creating a self-sustaining mini-city within Kuala Lumpur city that is set to become a transformative and integrated urban destination, which will cater to every need. With all the components, this will be the place where you can just enjoy life, which is in line with our ‘Where life is spectacular’ tagline,” he added.

Next year will see the start of phase 2 with the launch of the third serviced apartment.

“We are targeting to launch it in the third quarter of 2019. We are still planning and designing as we want to do something that is very different and cater for another group of people from Lucentia 1 and 2, which are aimed at families. The third one will be more for professionals, perhaps.

“We are also negotiating with some potential investors to develop the components in phase 2 on a joint-venture basis and we should be able to make an announcement within two to three months, as some of the negotiations are quite close to being concluded,” shared Low.

Expected to be completed by 2025, phase 2 consists of three blocks of serviced apartments, an office tower and the BBCC signature tower, which will house a hotel and serviced residence.

“The signature tower will be the last project to be rolled out. This jewel in the crown for BBCC is still in the planning stage and it could be 60 to 80 storeys tall. About one-third of the tower will be a 5- or 6-star hotel and the rest will be serviced residences,” he said.